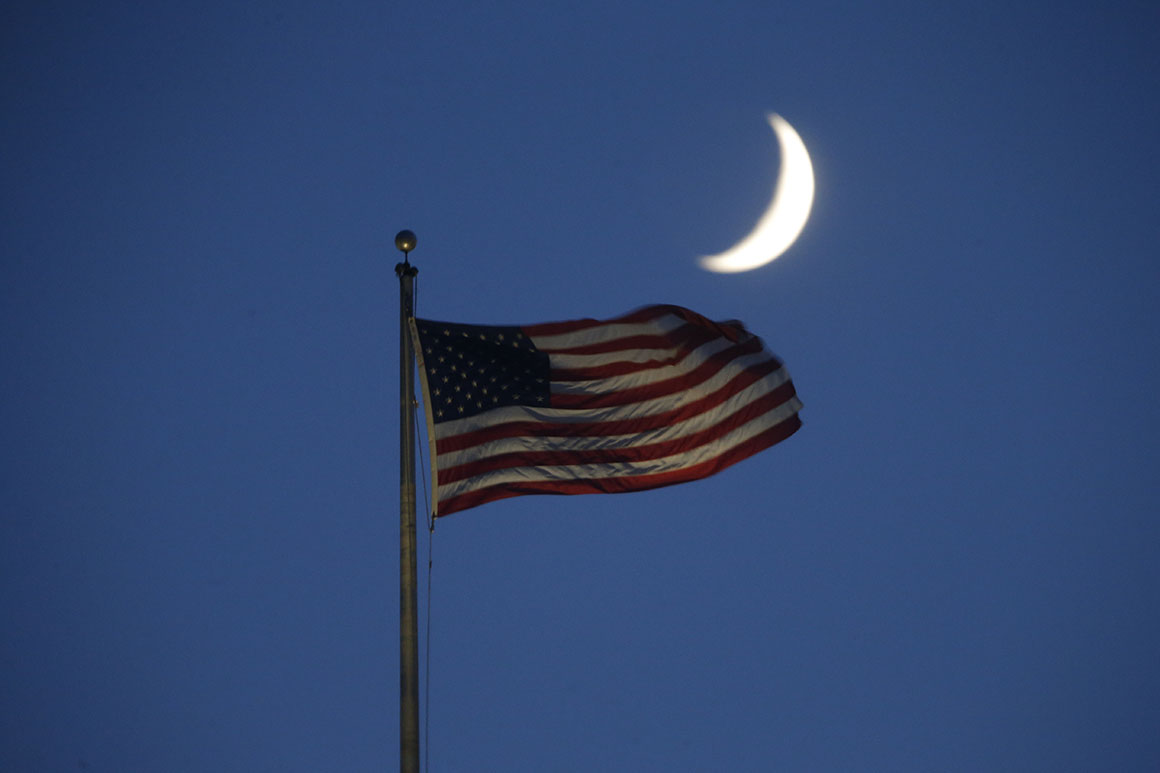 Gen.John Raymond speaks at a ceremony to commemorate the first birthday of the U.S.Space Force at the Eisenhower Executive Office Building on the White House complex, Dec.18, 2020, in Washington.| Andrew Harnik/AP Photo The new role is also enshrined in a memorandum of understanding between NASA and the Space Force that stipulates that the military branch’s “sphere of interest will extend to 272,000 miles and beyond, at least to the far side of the moon — more than a tenfold increase in range and 1,000-fold expansion in service volume.”

One of the biggest proponents for such an expansive role is Space Force Lt.Gen.

Space Command.The organization, reestablished in 2019, is in charge of all military operations beyond 100 kilometers from the Earth’s surface.

Shaw, when he was an Air Force major more than two decades ago, argued that NASA was not best-suited to lead the exploration of deep space.

“This is counter to traditional American approaches to exploring and exploiting new territory.It is also counter to common sense,” Shaw co-wrote in a 2002 paper .

“NASA is a research and technology organization.It has little incentive to develop, open, and protect new areas for commercial exploitation.”

He likened settling the moon to mastering the high seas in the 19th century, when “the primary purpose of peacetime military forces was to explore, map, and protect exploitation of the unknown portions of the North American continent.”

This week, in a journal article published by the Air University at Maxwell Air Force Base, Alabama, Shaw argued that Space Command’s role must expand into an “area of responsibility” that he defines broadly as “astrographic,” which means drawn on the stars.

“Throughout history,” he wrote, “maritime merchant traffic operated with more confidence knowing a navy was close by to keep things safe and transparent.

Similar conditions must be fostered for safeguarding space commerce.”

Shaw, through a spokesperson, did not respond to a request to comment on how his views have evolved.

There are deepening disagreements about whether such stated ambitions should be central to military planning.

“You see this concept being put forward as the moon as the next strategic high ground,” said Ali Stickings, a space security analyst at Frazer-Nash, a systems engineering consulting firm in London.“And I think some sort of idea as a high ground is taken too literally.That concept is overblown.”

She asserts that there is a much greater need for the military to play a stabilizing role closer to Earth.

“I think sometimes that takes away from the real focus of what militaries are when it comes to space and that is the near-Earth orbits and the assets there that actually support military operation on the ground,” Stickings said, “whether that is through GPS or communications or Earth observation satellites.”

Treaty questions There are international limits on what operations militaries can conduct in cislunar space.

The Outer Space Treaty of 1967 bars weapons of mass destruction and also stipulates that “the establishment of military bases, installations and fortifications, the testing of any type of weapons and the conduct of military maneuvers on celestial bodies shall be forbidden.”

It does allow military personnel to conduct experiments (thus allowing for a large share of NASA astronauts to be military officers).

However, there is renewed debate over what would qualify and what might be a violation.

For example, a project being pursued by the Defense Advanced Research Projects Agency called the Novel Orbital and Moon Manufacturing, Materials and Mass-efficient Design, or NOM4D, has raised some flags.

One of the project’s goals will be to study “resources obtained from the moon’s surface as they apply to future defense missions,” the agency said, depicting on its website what looks like a military outpost on the moon.

While the Pentagon insists it has no intention of using the moon for staging combat operations, some critics say it is sending a mixed message.

“That image shows the intent to contravene the Outer Space Treaty,” Boley said of DARPA’s envisioned lunar outpost.“That potentially could be just misconstrued by other players.”

Other moon-related military plans include the announcement this month by the Air Force Research Laboratory that it is planning to develop a lunar surveillance system, known as the Cislunar Highway Patrol System .

The lab, which supports the Space Force and Space Command and last year outlined a broad vision for military operations in cislunar space, declared that the project is “taking our reach to the far side of the moon.”

The Space Force has also partnered with the Air Force Research Laboratory to test a lunar spy satellite known as the Defense Deep Space Sentinel to conduct reconnaissance in and around the moon, including to spot old spacecraft or other discarded components that could endanger future missions.

A solider wears a U.S.

“The Defense Deep Space Sentinel is also suspect because there is no current need for debris removal in cislunar space, and there is unlikely to be any such need for decades to come,” Boley co-wrote in a recent essay published by the Bulletin of the Atomic Scientists.

Military space leaders say they are aware of the need to clearly delineate what the military and civilian roles need to be.

“Those discussions are very important and are starting now and will continue as we evolve what our mission is going to be in this area,” the Space Force’s Felt said.

He added that the Space Force “clearly envisions that we will need to do some kind of operations up there.The Outer Space Treaty is pretty clear we are not going to have a military base on the moon, so that’s off the table.”

A ‘cislunar footprint’ But support is building to for the military to do much more than just conduct surveillance on and around the moon.

A recent assessment of the space industrial base sponsored by the Defense Innovation Unit, the Pentagon’s Silicon Valley outpost, mentions cislunar space 115 times.

And officers writing in the leading academic journal dedicated to the Space Force have recommended a series of new military technologies or tools, including “logistical spacecraft” and a moon supply depot, or “mothership.”

Such technology “requires early concept and technology investment so military space forces are prepared to provide space security,” they argued.

“The USSF should develop spacecraft capable of rendezvous and proximity operations for logistical resupply and it should begin now to partner with companies who are building a cislunar footprint.”

The Space Force is also working closely with NASA and commercial space companies to study how the military could develop a more sustained presence much farther into space.

“As we venture further from the Earth, we need more of these logistics-type capabilities like refueling, assembly, servicing,” Felt said.

For experts such as Boley, however, that increases the chances of militarizing the moon race.

“There is nothing inherently wrong with space debris removal and recovery technology, provided it is used for peaceful purposes only,” according to the article he co-wrote this year.“But such technology is inherently ‘dual use’ and could be employed to interfere with other spacecraft.”

The paper called on the Biden administration to cancel such programs “or reassign them to NASA so as to avoid the potentially destabilizing militarization of cislunar space.”

Boley added in an interview that while Earth orbit has already been militarized, “we haven’t done that yet with cislunar space.Let’s make cislunar space that demarcation that we shouldn’t cross.”

In the meantime, the Space Force is preparing for its moon portfolio to substantially grow.

“I envision lots of other technology development projects focused on this over the next 10 to 15 years if the Space Force decides this is an operational capability they need and we start to flesh that out,” Felt said.

For example, his lab is carrying out a study with the Space Force Warfighting Analysis Center on the additional capabilities that would be needed if the military plans to operate on and around the moon.

He added: “There are hard problems that need to be solved to make sure we can operate up there.” 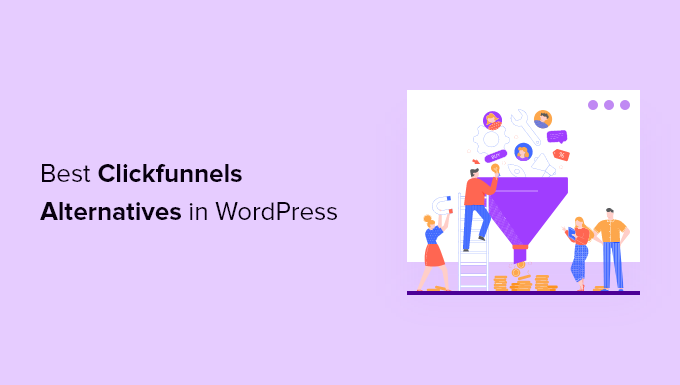