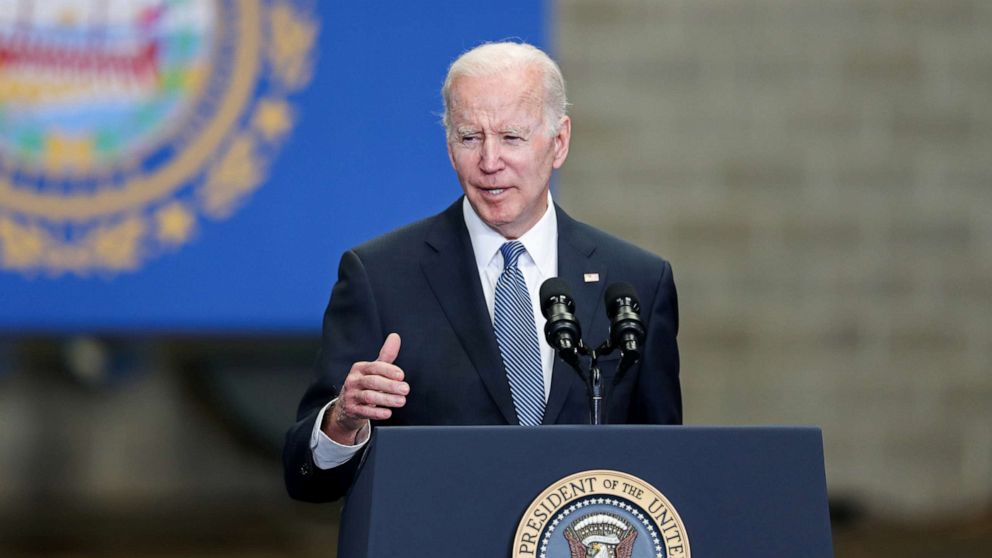 DOJ says it will appeal mask mandate decision if CDC calls for it A ruling on Monday voided the mask mandate on public transit.

A day after the federal mask mandate was dropped on planes and public transportation, the Centers for Disease Control and Prevention are advising people to leave their masks on.Scott Eisen/Getty Images The Department of Justice announced Tuesday night it would appeal the recent ruling that voided the federal mask mandate on public transit if the Centers for Disease Control and Prevention deems it necessary.

The question now is whether the CDC still thinks the mandate on public transit is an important public health tool, a decision it stood behind just last week when it extended the mandate until May 3 to monitor an uptick in cases from the BA.2 variant, a more transmissible strain of omicron.And if the CDC does move to reimpose the mandate, it’s unclear whether action from the Justice Department will lead to change before the mandate was set to expire anyway.

“The Department of Justice and the Centers for Disease Control and Prevention (CDC) disagree with the district court’s decision and will appeal, subject to CDC’s conclusion that the order remains necessary for public health,” the Justice Department said in a statement Tuesday.

“If CDC concludes that a mandatory order remains necessary for the public’s health after that assessment, the Department of Justice will appeal the district court’s decision.”

MORE: What to know about COVID-19 risks as travel mask mandate is lifted The CDC, for its part, responded later Tuesday night and said that it was still assessing the need for a mask requirement.

“CDC continues to recommend that people wear masks in all indoor public transportation settings.We will continue to assess the need for a mask requirement in those settings, based on several factors, including the U.S.COVID-19 community levels, risk of circulating and novel variants, and trends in cases and disease severity,” the CDC said.

The decision on Monday made by a Florida judge appointed by former President Donald Trump struck down a federal mask mandate that applied to public transportation, effectively lifting the requirement on planes, trains and buses, as well as inside airports across the United States.

In the ruling, U.S.District Court Judge Kathryn Mizelle said the mandate, established by the CDC, exceeds “statutory authority and violates the procedures required for agency rulemaking under the [Administrative Procedure Act].”

The judge’s decision was effective immediately.Though the federal government was expected to appeal the decision, neither President Joe Biden nor White House press secretary Jen Psaki indicated which way the DOJ was leaning until the announcement on Tuesday evening.

The issue of masking is a political lightning rod ahead of the midterm elections and one the administration has not sought to aggressively fight since mask mandates have already been lifted in much of the country.

MORE: Biden reacts to judge striking down transportation mask mandate The fallout of the court decision left Americans with a patchwork of rules: fly without a mask in and out of New York’s LaGuardia and Kennedy airports but put one on while walking through the airports, for example.

Meanwhile, Amtrak and ride-share services like Uber and Lyft have dropped their mask rules, but several major cities, including New York, Chicago, Los Angeles and San Francisco still require them on some public transportation.

Last month, CEOs of all the major U.S.

airlines wrote to the Biden administration asking for an end to the mask requirements on planes.

MORE: These airlines, companies have ended mask mandates after federal ruling “It makes no sense that people are still required to wear masks on airplanes, yet are allowed to congregate in crowded restaurants, schools and at sporting events without masks, despite none of these venues having the protective air filtration system that aircraft do,” the business executives wrote.

The group said the burden of enforcing the mask mandate has fallen on their employees.”This is not a function they are trained to perform and subjects them to daily challenges by frustrated customers.This in turn takes a toll on their own well-being.”

There have been 1,150 reports of unruly passengers on flights this year — 744 of which involved face coverings, according to the Federal Aviation Administration.

Wed Apr 20 , 2022
RICHARDSON (CBSDFW.COM) – Police in North Texas have confirmed a deadly shooting at a Starbucks coffeehouse was the result of an altercation between a grandmother and her son’s ex-girlfriend. According to officials, it was just after 7:00 p.m.on April 18 when the Richardson Police Department received several 911 calls reporting […]