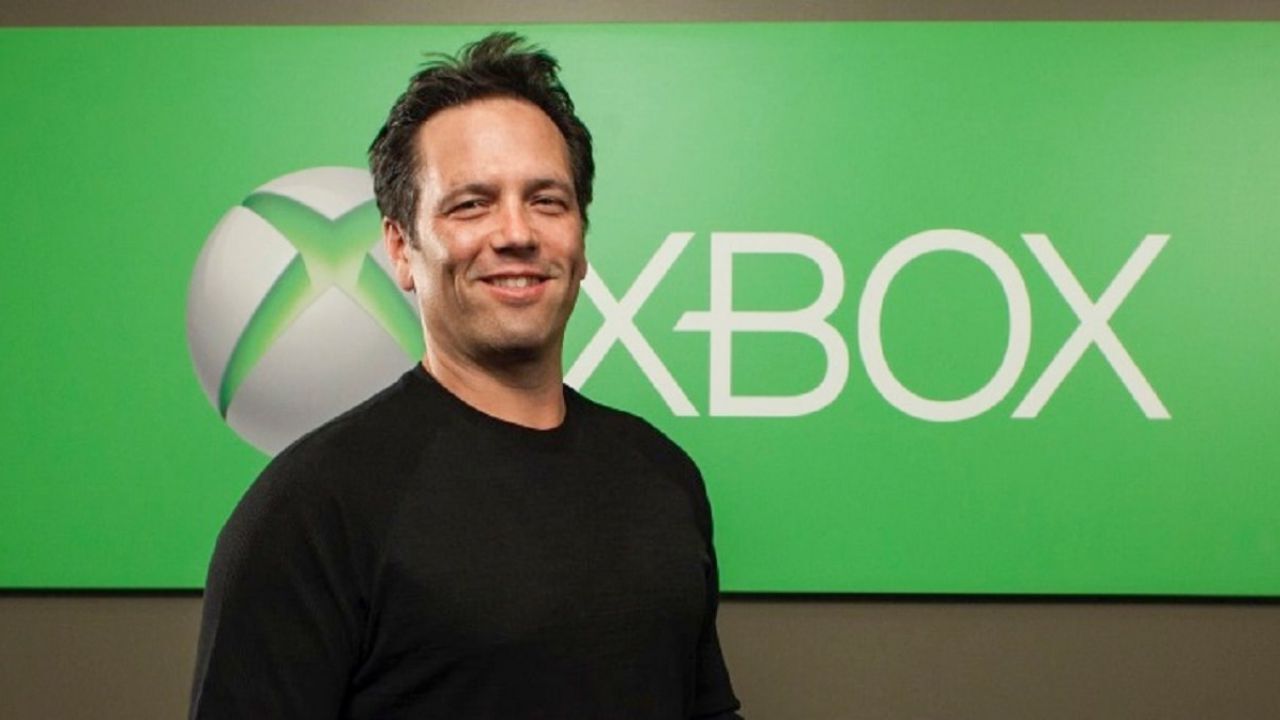 Phil Spencer announced his promotion in an email to Microsoft staff about the acquisition.

With the announcement of its intention to [buy Activision Blizzard for almost $70 billion](/articles/microsoft-buys-activision-blizzard-in-deal-valued-at-nearly-70-billion-bobby-kotick-staying-on-as-ceo/1100-6499710/) , Microsoft has rearranged its gaming arm, creating a Microsoft Gaming division with Phil Spencer at its head.In emails to staff reproduced by The Verge , both Microsoft CEO Satya Nadella and newly-minted Microsoft Gaming CEO Phil Spencer have further detailed what this acquisition will mean for Microsoft employees.

Nadella’s message can be read in full below, addressing the role Activision Blizzard will play in furthering Microsoft’s gaming ambitions–specifically singling out metaverse platforms, cloud gaming, and game subscriptions as initiatives that may benefit from the acquisition.

I’m thrilled to share that this morning we announced an agreement to acquire Activision Blizzard in an all-cash transaction valued at $68.7 billion.Activision Blizzard is one of the largest game publishers worldwide across console, PC and mobile, and it’s home to nearly 400 million monthly active players, along with iconic games including Call of Duty, Candy Crush, World of Warcraft and Diablo.

Gaming has been key to Microsoft since our earliest days as a company.Today, it’s the largest and fastest-growing form of entertainment, and as the digital and physical worlds come together, it will play a critical role in the development of metaverse platforms.

Together with Activision Blizzard, we believe we have an incredible opportunity to bring the joy and community of gaming to everyone on the planet, and we will invest and innovate to create the best content, community and cloud for gamers.We want to make it easier for people to connect and play great games wherever, whenever and however they want.

This agreement is a testament to the impact our gaming team has delivered, and I am deeply grateful for their hard work and commitment.Over the past few years, we’ve expanded our content pipeline and have become leaders in game subscriptions, as well as cloud gaming.

And this holiday it was especially gratifying to see the response from fans and read the great reviews of our new first-party titles.

We look forward to extending our journey to create a more diverse and inclusive culture to our new colleagues at Activision Blizzard, and ensuring all our employees can do what they love, while thriving in a safe and welcoming environment — one where everyone feels empowered to do their best work.

I will be hosting a webcast with investors at 6 a.m.PT with Phil and Amy, as well as Bobby Kotick, the CEO of Activision Blizzard, to share more details on our big ambitions for gaming.Please join if you can.

In the investor webcast mentioned by Nadella, he [elaborated on the decision to purchase Activision Blizzard](/articles/microsoft-ceo-explains-why-buying-activision-blizzard-is-the-right-move/1100-6499738/) , including more details on Microsoft’s metaverse ambitions, and extending the company’s reach in the mobile gaming space.Nadella also addressed ongoing controversy about [Activision Blizzard’s toxic company culture](/articles/activision-blizzard-lawsuits-and-investigations-timeline-of-events/1100-6494785/) more directly, saying “we also recognize that after close, we will have significant work to do in order to continue to build a culture where everyone can do their best work.”

Phil Spencer also sent out an email to employees, addressing his new role as CEO of Microsoft Gaming and elaborating on the extended timeline of the acquisition.Spencer’s email also invites Microsoft employees to submit anonymous questions about the deal, while also including a timely reminder for staff to be mindful of the company’s social media guidelines.

“Welcome back from the holidays.To start, I’d like to thank everyone for all of the hard work and dedication that have built this business and this community.Obviously, today’s agreement to acquire Activision Blizzard is incredibly exciting.In fact it’s a milestone for our company, our business and our industry.

As players and partners, we all know how talented and dedicated the teams and studios are across Activision Blizzard.The legendary games and franchises across that company have delighted millions of people for decades.Coming together, we can accelerate our mission to extend the joy and community of gaming to everyone.We have the capability and opportunity to build simply the best, most engaging, most fun entertainment ecosystem anywhere.

Microsoft is committed to our journey for inclusion in every aspect of gaming, among both employees and players.We deeply value individual studio cultures.We also believe that creative success and autonomy go hand-in-hand with treating every person with dignity and respect.We hold all teams, and all leaders, to this commitment.

We’re looking forward to extending our culture of proactive inclusion to the great teams across Activision Blizzard.

We expect this acquisition to close in FY23, pending regulatory approvals.

Once the acquisition is completed, the Activision Blizzard business will report to me.In the meantime, we know you will have a lot of questions.The Gaming Leadership Team and I look forward to answering as many as we can at our next Monthly Gaming Update on Jan.26.You can submit your questions now anonymously, or post them on our Team Xbox Yammer.

As Satya mentioned, I am now CEO, Microsoft Gaming.This change is a reflection of the incredible work each of you are doing to create the best entertainment ecosystem anywhere.As a leadership team, we know how much exciting but difficult work we have ahead of us, so it’s crucial that we operate as a single, unified team.To that end, I’m excited to announce effective today that Jerret West, CMO of Gaming, and his marketing team will move from Chris Capossela’s organization to report directly to me.Jerret will continue to be a member of Chris’ leadership team and leverage critical parts of Microsoft’s marketing muscle including Communications, Media, and Consumer Sales.

We will have a webcast for investors and media at 6 a.m.

PT to discuss the Activision Blizzard transaction and our plans as Microsoft Gaming.Please join if you can.

While both executives alluded to Activision Blizzard’s [culture of abuse](/articles/what-kind-of-culture-is-microsoft-buying-in-activision-blizzard-acquisition-deal/1100-6499716/) , which has led to an [investigation and lawsuit from the state of California](/articles/california-sues-activision-blizzard-for-frat-boy-culture-and-harassment-of-women/1100-6494255/) , neither openly addressed the controversy that has seen employees at the company [organizing to push for change](/articles/activision-blizzard-employees-are-staging-a-walkout-on-wednesday/1100-6494469/) .

In November last year, Phil Spencer [stated that Xbox was](/articles/phil-spencer-says-xbox-is-evaluating-relationship-with-activision-blizzard-in-wake-of-kotick-report/1100-6498170/) “evaluating all aspects of our relationship with Activision Blizzard and making ongoing proactive adjustments.” As recently as January 11, [Spencer stated that Xbox had](/articles/xbox-has-changed-how-we-do-certain-things-with-activision-phil-spencer-says/1100-6499511/) “changed how we do certain things with [Activision Blizzard], and they’re aware of that.”

The Microsoft executives aren’t the only ones who are hopeful that the [acquisition will lead to positive change for employees](/articles/bobby-koticks-payout-is-a-small-price-for-the-good-that-could-come-from-microsofts-acquisition/1100-6499750/) at Activision Blizzard, even if it comes with a hefty payout for CEO Bobby Kotick, who has been [accused of helping to cover up instances of abuse and harassment](/articles/report-alleges-activision-blizzard-ceo-bobby-kotick-hid-knowledge-of-misconduct/1100-6498073/) .

– [So, Is Call Of Duty Going Xbox-Exclusive?]

– [Activision Blizzard Is Microsoft’s Biggest Acquisition Of All Time, Here’s How It Stacks Up]

– [Xbox Creator “Sickened” By The Activision Buyout News, But Hopeful For Positive Change]

– [What Kind Of Culture Is Microsoft Buying In Activision Blizzard Acquisition Deal?]

Thu Jan 20 , 2022
The cover for Monopoly Madness , available on all platforms, not just Xbox Yesterday’s announcement of Microsoft’s plan to purchase Activision Blizzard King for nearly $70 billion immediately sparked discussions about antitrust laws and monopolies, financial terms that pop up whenever a high-profile company purchases another high-profile company.While the merging […] 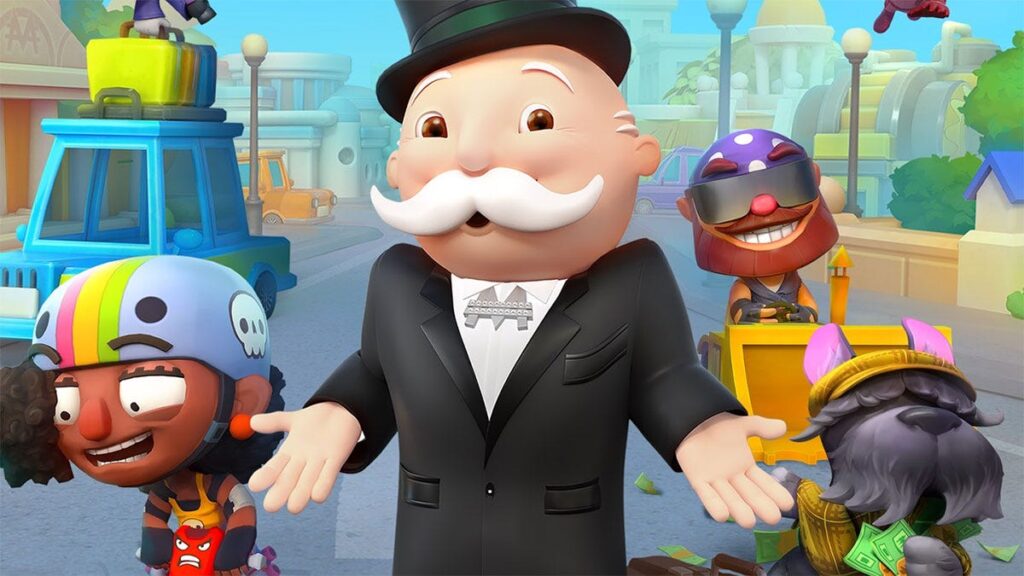