When Mary J.Blige was invited to play the Super Bowl Halftime Show this year, she had a quick answer.

“Ummm, hell yeah!” she recalled to E!’s Justin Sylvester .”That call made my day, and I just kinda like…I couldn’t even get excited until I got off the phone ’cause I didn’t want to look so crazy.But it was amazing.I was like, ‘Absolutely, 100 percent, I’m there, what you need, when you need it?’ That’s how it happened.”

And with her 15th studio album, Good Morning Gorgeous, also due out Feb.11, it is good to be the nine-time Grammy Award winner right now.

“I feel…just really, really good,” she said, “and just humbled by the whole thing.”

Fair enough, considering she’s sharing top billing with fellow legends Dr.Dre , Snoop Dogg , Eminem and Kendrick Lamar —though each could say the same about taking the stage with her.

(As one fan tweeted , amid the many praising this as one of the best halftime show lineups ever: “it’s nice that all these rappers are performing at the mary j.blige concert on sunday.”)

And though Blige actually made her Super Bowl Halftime Show debut in 2001 at the famous Aerosmith – ‘N SYNC – Britney Spears extravaganza (she was considered a “special guest,” as were Spears and Nelly ), this year is a whole new ball game.

“This is iconic!” she exclaimed.”This is hip-hop soul in its glory and just, woo, it’s crazy what’s about to happen!”

And no small thing, you’ll also be seeing the oft-described Queen of Hip-Hop Soul in her first-ever Super Bowl commercial this weekend as well, a 30-second spot for medical technology company Hologic promoting the importance of preventative health care screenings.

Even a super-busy woman doing it all needs to make a point of being proactive with her wellness exams, the messages goes.

Taking care of herself wasn’t always a priority for Blige when she was first starting out, but the 51-year-old—whose debut album, What’s the 411?, came out in July 1992—wants to healthily and happily be able to enjoy her longevity in the business for years to come.In fact, her fans demand it.

Blige credits them as her primary motivation, telling Sylvester, “Sometimes I’d walk out of my house and I’d be having the worst day of my life and just out of nowhere, from like 8 to 80—sometimes it’ll be an 8-year-old saying, ‘I love you’ and they love me because their mother loved me.”

“Or,” she continued, “it’ll be a grown woman saying, ‘Mary, please don’t stop doing what you’re doing.’And it was during some of the worst times of my life that I’d get those, ‘Mary, please don’t stop doing what you’re doing.’ And that’s why I never stopped, because people actually said that they needed me to keep going and that helped me to keep going.”

It’s easy to marvel over how much Blige has accomplished in a relatively short amount of time, but she laughed at the idea, saying, “It don’t seem like a little bit of time, to me it seems like a lifetime.” Because, she added, there were “so many humps to get to right here.And this is a whole new chapter that’s starting off pretty great.

There will be some things to get over, but it will be easier this time, ’cause now I understand where all the love needs to come from, and that’s me, the love for myself.I didn’t have that in the first chapter and that’s why it was so hard.”

Like so much of her indelible canon, Good Morning Gorgeous also stems from a pit of despair and self-doubt that Blige ultimately managed to mine for personal growth, climbing out of it stronger than ever.After 13 years of marriage, she went through a long, expensive divorce process with husband and manager Martin “Kendu” Isaacs that was finally settled in 2018.

“I’d been destroyed in a situation, like I was never enough,” she explained, “nothing was ever enough, and I had to find a place in myself, I had to find something to say to myself.Like when you hear the word ‘gorgeous,’ you think of Halle Berry and Apollonia and Salli Richardson in their prime.So that word gorgeous, for me, was something I didn’t believe but was something I had to say to myself in order to build myself up and pull myself up out of this negative thing where I wasn’t pretty enough, I was not smart enough, I couldn’t do this, I couldn’t do that.”

Yes, here’s the part where you want to yell at Blige, “Don’t you know how unbelievably amazing you are?!” But just wait.

“This person was never satisfied,” she continued.”So I started thinking positivity over myself, even if I couldn’t see it [physically], but I had to build it up from the inside.So I started speaking every day, ‘Good morning, gorgeous,’ ‘good morning, beautiful,’ ‘good morning, sexy,’ ‘good morning…whatever it is that I wanted to be.'” And that started to help me to grow and have the power to move away from that negative situation.”

So, in a nutshell, “it’s a positive affirmation I gave myself in the morning that is now an album title because it was so powerful, it helped me.

I still say it now.It’s the first thing I say to myself in the morning.Well, first thing is ‘thank you, Father, for another day,’ then I go to the bathroom and I look in the mirror and say, ‘Good morning, gorgeous.'”

Even when her eyes are still “crunchy” with sleep, “and I go use the bathroom or whatever,” she continued, “It helps me for the day, so that’s where the title came from and that’s where it all came from.

There’s definitely nothing vain about it.It’s just something to uplift you and when you confess it, it begins to manifest in so many ways.”

And Blige knows that’s a message that bears repeating, that women—especially Black women—can’t be encouraged enough to direct their love inward.

“Growing up, for a long time I never felt that,” she said.”And so imagine going through life as a teenager not feeling beautiful, not feeling any of that or believing any of that, and then getting married and the person destroying you completely.Someone that you were hoping would think you were beautiful, they just snatch all that away from you.And so now it’s a life and death decision.’Cause now I’m feeling like checking out.

But it’s me or this person, I’m not gonna let this person destroy me, so I’m gonna find something that can help me and those words helped me.

And now, in the dictionary next to “contentment,” you may find a picture of Blige, who’s of the belief that things happen for a reason and she is exactly where she should be.

For instance, the aunt to a handful of nieces and nephew has no regrets about not having children of her own.”I like my freedom,” she told E!.”I like being able to get up and go and move and do what I wanna do.I don’t want to have to tend to someone all the time, you know? Right now that’s where I’m at.”

Blige wasn’t able to give away what she plans to sing on Sunday, but the possibilities are vast, from “Real Love,” her first top 10 hit and chart-topper “Family Affair” to “Be Without You,” all some of the biggest R&B songs ever.And, of course, anything she adds her vocals to onstage from her fellow artists’ repertoires will make for an instant-classic moment to remember.

It might sound like an impossible task to pick just one song from her estimable catalog, but “you do it,” she said, “’cause you have a moment, that’s it!”

But no matter which one she chooses, it’ll be one that matters to her—because they all do.

“Those songs mean so much to me,” she shared.”They are real-life things that have happened, and they have life.So, there is no such thing as tapping, they live in me.

They’re my songs, and when ‘Not Gonna Cry’ comes on I go right to that moment and what was happening.When ‘Real Love’ comes on I…what else am I gonna do, you know?”

Sat Feb 12 , 2022
Watching a great movie is an unbeatable experience.In fact, gripping cinema can lighten the weight of our woes, help us connect with loved ones, and provide us with plenty of ways to laugh, cry, and relate to the many emotions that human beings (and CGI creatures) move through on a […] 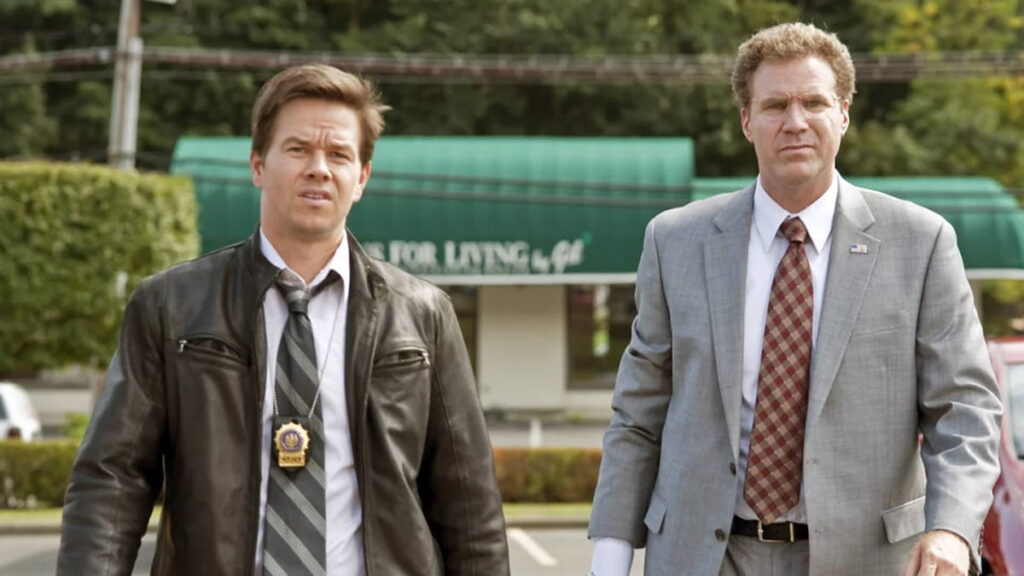