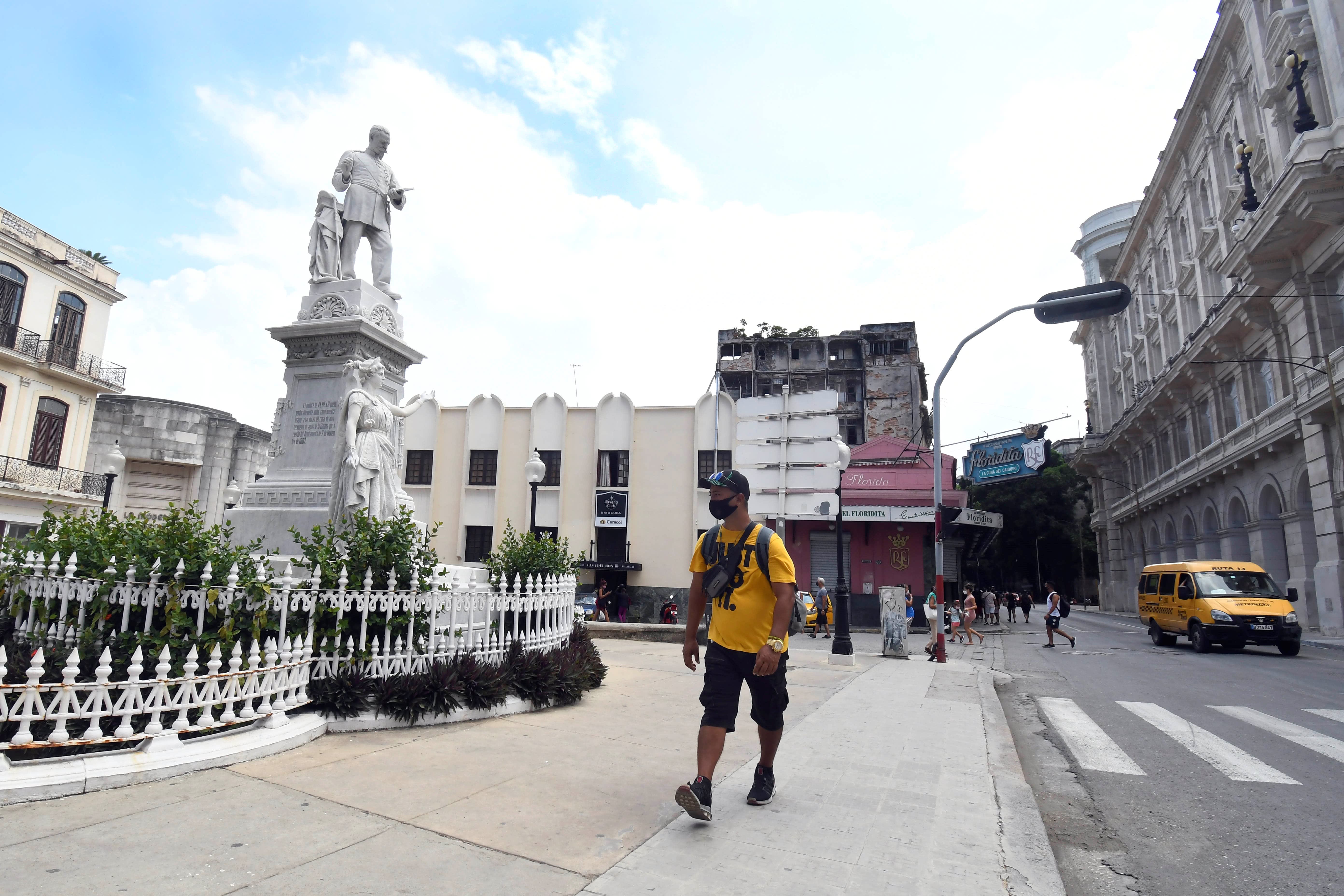 Cuba has vaccinated a greater percentage of its population against Covid-19 than almost all of the world’s largest and richest nations.In fact, only the oil-rich United Arab Emirates boasts a stronger vaccination record.The tiny Communist-run Caribbean island has achieved this milestone by producing its own Covid vaccine , even as it struggles to keep supermarket shelves stocked amid a decades-old U.S.trade embargo.”It is an incredible feat,” Helen Yaffe, a Cuba expert and lecturer in economic and social history at the University of Glasgow, Scotland, told CNBC via telephone.

“Those of us who have studied biotech aren’t surprised in that sense, because it has not just come out of the blue.It is the product of a conscious government policy of state investment in the sector, in both public health and in medical science.” To date, around 86% of the Cuban population has been fully vaccinated against Covid with three doses, and another 7% have been partly inoculated against the disease, according to official statistics compiled by Our World in Data.These figures include children from the age of two, who began receiving the vaccine several months ago.

The country’s health authorities are rolling out booster shots to the entire population this month in a bid to limit the spread of the highly transmissible omicron Covid variant.The country of roughly 11 million remains the only country in Latin America and the Caribbean to have produced a homegrown shot for Covid.”Just the sheer audacity of this tiny little country to produce its own vaccines and vaccinating 90% of its population is an extraordinary thing,” John Kirk, professor emeritus at the Latin America program of Dalhousie University in Nova Scotia, Canada, told CNBC via telephone.Cuba’s prestigious biotech sector has developed five different Covid vaccines, including Abdala, Soberana 02 and Soberana Plus — all of which Cuba says provide upwards of 90% protection against symptomatic Covid when three doses are administered.Cuba’s vaccine clinical trial data has yet to undergo international scientific peer review, although the country has engaged in two virtual exchanges of information with the World Health Organization to initiate the Emergency Use Listing process for its vaccines.Unlike U.S.

pharmaceutical giants Pfizer and Moderna , which use mRNA technology, all of Cuba’s vaccines are subunit protein vaccines — like the Novavax vaccine.Crucially for low-income countries, they are cheap to produce, can be manufactured at scale and do not require deep freezing.It has prompted international health officials to tout the shots as a potential source of hope for the “global south,” particularly as low vaccination rates persist.For instance, while around 70% of people in the European Union have been fully vaccinated, less than 10% of the African population have been fully vaccinated.

For this to hope to be realized, however, the WHO would likely have to approve Cuba’s vaccines.The WHO’s vetting process involves assessing the production facilities where the vaccines are developed, a point which Cuba’s health officials say has slowed progress.

Vicente Verez, head of Cuba’s Finlay Vaccine Institute, told Reuters last month that the U.N.health agency was assessing Cuba’s manufacturing facilities to a “first-world standard,” citing the costly process in upgrading theirs to that level.Verez has said previously that the necessary documents and data would be submitted to the WHO in the first quarter of 2022.Approval from the WHO would be an important step in making the shots available throughout the world.

When asked what it would mean for low-income countries should the WHO approve Cuba’s Covid vaccines, Yaffe said: “I think it is clear that many countries and populations in the global south see the Cuban vaccine as their best hope for getting vaccinated by 2025.” “And actually, it affects all of us because what we are seeing with the omicron variant is that what happens when vast populations have almost no coverage is that you have mutations and new variants developing and then they come back to haunt the advanced capitalist countries which have been hoarding vaccines,” she added.Kirk agreed that the WHO’s potential approval of Cuba’s nationally produced Covid vaccines would carry “enormous significance” for developing countries.”One thing that is important to bear in mind is that the vaccines don’t require the ultra-low temperatures which Pfizer and Moderna need so there are places, in Africa in particular, where you don’t have the ability to store these global north vaccines,” Kirk said.He also pointed out that Cuba, unlike other countries or pharmaceutical companies, had offered to engage in the transfer of technology to share its vaccine production expertise with low-income countries.”The objective of Cuba is not to make a fast buck, unlike the multinational drug corporations, but rather to keep the planet healthy.So, yes making an honest profit but not an exorbitant profit as some of the multinationals would make,” Kirk said.

WHO chief Tedros Adhanom Ghebreyesus warned last month that a “tsunami” of Covid cases driven by the omicron variant was “so huge and so quick” that it had overwhelmed health systems worldwide.Tedros repeated his call for greater vaccine distribution to help low-income countries vaccinate their populations, with more than 100 countries on track to miss the U.N.

health agency’s target for 70% of the world to be fully vaccinated by July.The WHO said last year that the world was likely to have enough Covid vaccine doses in 2022 to fully inoculate the entire global adult population — provided that high-income countries did not hoard vaccines to use in booster programs.Alongside pharmaceutical industry trade associations, a number of Western countries — such as Canada and the U.K.— are among those actively blocking a patent-waiver proposal designed to boost the global production of Covid vaccines.The urgency of waiving certain intellectual property rights amid the pandemic has repeatedly been underscored by the WHO, health experts, civil society groups, trade unions, former world leaders, international medical charities, Nobel laureates and human rights organizations.The seven-day average of daily Covid cases in Cuba climbed to 2,063 as at Jan.11, reflecting an almost 10-fold increase since the end of December as the omicron variant spreads.This comes as the number of omicron Covid cases surges across countries and territories in the Americas region.

The Pan American Health Organization, the WHO’s regional Americas office, has warned that a rise in cases may lead to an uptick in hospitalizations and deaths in the coming weeks.PAHO has called on countries to accelerate vaccination coverage to reduce Covid transmission and has repeated its recommendation of public health measures, such as tight-fitting masks — a mandatory requirement in Cuba.

Yaffe has long been confident in Cuba’s ability to boast one of the world’s strongest vaccination records.Speaking to CNBC in February last year — before the country had even developed a homegrown vaccine — she said she could “guarantee” that Cuba would be able to administer its domestically produced Covid vaccine extremely quickly.

“It wasn’t conjecture,” Yaffe said.”It was based on understanding their public health care system and the structure of it.So, the fact that they have what they call family doctor and nurse clinics in every neighborhood.” Many of these clinics are based in rural and hard-to-reach areas and it means health authorities can quickly deliver vaccines to the island’s population.”The other aspect is they don’t have a movement of vaccine hesitancy, which is something that we are seeing in many countries,” Yaffe said..

Raising age of marriage for women will allow them to pursue a career: PM Modi | India News - Times of India

Fri Jan 14 , 2022
NEW DELHI: PM Narendra Modi on Wednesday said the purpose of raising the age of marriage of women from 18-21 years was based on the principle of equality and to bring more women into the country’s workforce allowing them an opportunity to pursue their professional goals. Addressing the participants of […] 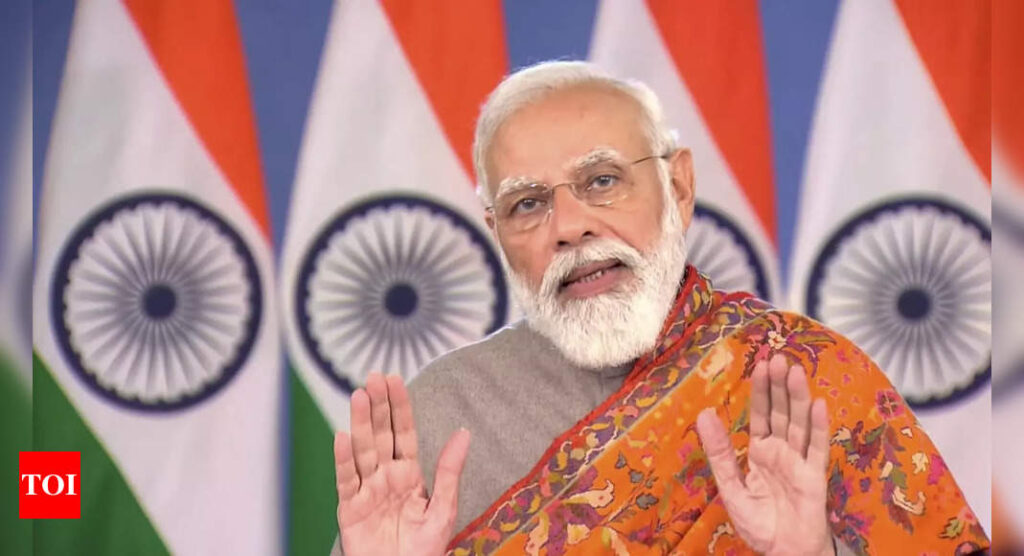