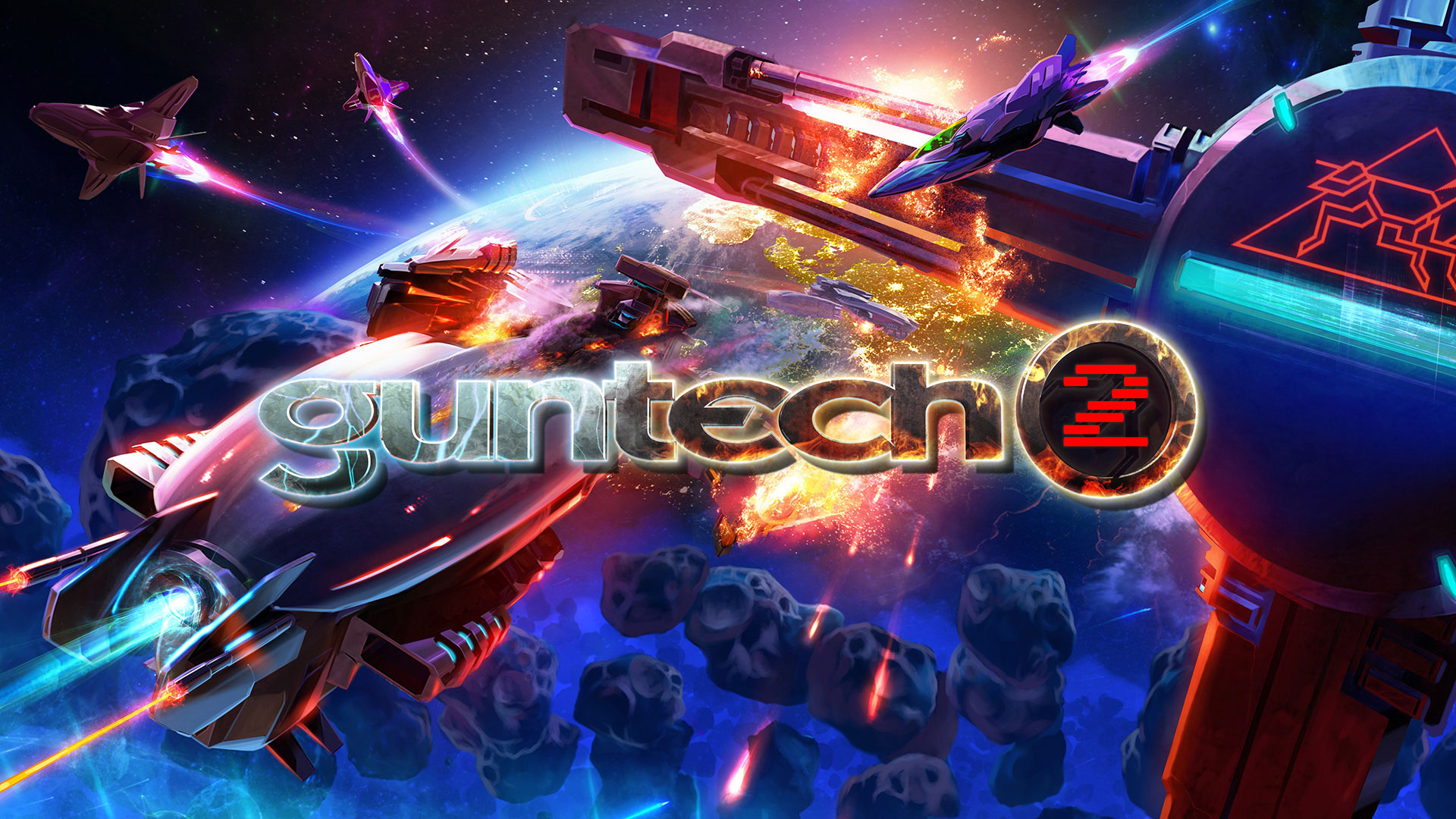 Play Video [email protected] Guntech 2 is a New Retro-Style Space Shooter with Four-Player Couch Co-op by Jani Penttinen, CEO, Utopos Games • Jan 13, 2022 @ 12:00pm Click to share on Twitter (Opens in new window)Click to share on Facebook (Opens in new window)Click to share on Email (Opens in new window) Guntech 2 is a return of the good old “cave flyer” shoot ’em ups genre.It’s a twin-stick shooter influenced by such classics as Thrust, Oids, Geometry Wars, and Asteroids.For me, it’s a return to my roots as a game developer.I’ve made games for almost 30 years, mostly for big studios in roles like lead programmer or project manager, but it all started with a prequel to this very game when I was a kid in high school, still living with my parents.After a couple of decades as a professional game developer, there was a time when I decided to settle down, start a family, and do something much more boring than making games.Then one day my kids found out that their dad used to make games before they were born.

For them, that was like finding out their dad had been a rock star! I didn’t want to be a has-been, so that was enough of a spark to bring me back to game development.

I decided to start with something I know and create a sequel to my very first game: a game that has been 30 years in the making! It took me a total of four years to get to this point, but finally, Guntech 2 is ready.

Guntech 2 is the sequel to Utopos, a game I made in the early 90s.It was released for Atari in 1993.Guntech was the name of a sequel I had in the works that was never completed—until now.Computers back then were rudimentary, so now that I have this game running on Xbox Series X, 4k resolution at 60 fps, you can think of it as the way it was always meant to be.

When I develop a game, I put a lot of emphasis on visuals and gameplay.I play with lights, shadows, and colors to create the atmosphere.There’s an amazing number of projectiles flying through space, each of which is a light source, and nearly every light casts a shadow.Every detail of the way every enemy explodes is something I have carefully balanced until it feels just right.

Guntech 2 takes you on an adventure across the asteroid belt.You’re in control of a rocket ship in hostile space where enemies lurk behind every rock.You have five different worlds to explore, and a long list of missions to complete.My favorite world is one where the solar system is facing a terrible virus that is a threat to all humanity.

To save the world, you’ll need to go after the viruses (which in the game are rocket-ship-sized monsters), destroy the labs that the monster viruses come from, and ultimately fight the gigantic virus boss.Along the way, you’ll encounter dozens of different space aliens.Each world ends with a truly epic boss.What does a space dragon sound like? One of the joys of being an indie developer is that if you have an idea and you want to put a dragon in space, there’s nobody to stop you.

The enemies and bosses you encounter are truly special! One of my goals in creating Guntech 2 has been to make a game that is fun for everyone, young and old gamers alike.This game should appeal to those who remember the early gaming years and like retro games, but it should also be fun for younger audiences who may not have been born when games like this were a big thing.I have to thank my four kids, aged 6 to 14 years old, for supporting me in this goal.Handling a twin-stick shooter proved to be kind of challenging for the 6-year-old, so I ended up adding a 4-player co-op multiplayer mode.

In the co-op mode, you can choose the difficulty for each player separately, so now the younger kids can join in with the easy difficulty and enjoy unlimited lives and stronger shields, while the more experienced players face the challenges of normal or hard mode.This works perfectly and is a lot of fun.

We’ve had so many great moments with the kids exploring the space together! What’s more, this has inspired my kids to become game developers as well, so they’re now all learning how to code, doing art, and building their first own game.One day, we’ll make a game together! If you love shoot ‘em ups, I made this game for you.Join the fun and play it today! Guntech 2 Utopos Games ☆☆☆☆☆ ★★★★★ $19.99 Get it now Utopos Space Station was the new hope for humans.It failed.Never underestimate human greed.

Your job is to clean up the mess.

A decade later, ‘Skyrim’ modders are now developing their own games

Sat Jan 15 , 2022
Last November, Todd Howard, the executive producer of Bethesda Game Studios, sat down with IGN to reflect on the 10th anniversary of “Skyrim,” one of the best-selling video games of all time — and a game that tens of thousands of people are still playing every day. “We just feel […]