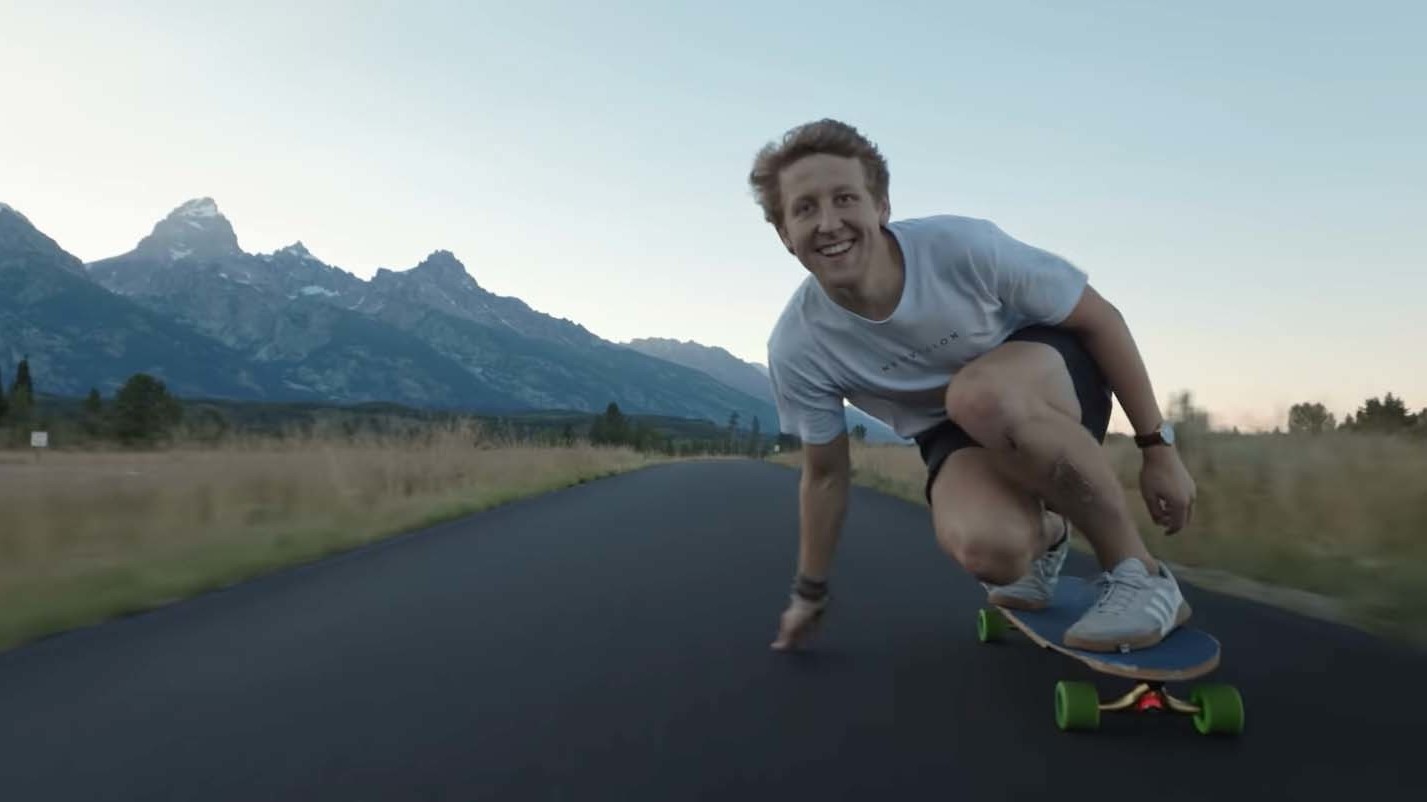 Josh Neuman had filmed videos for YouTube since he was 12, according to his website, and has nearly 1.2 million subscribers on the platform.

Screenshot by NPR/YouTube Popular American skateboarder and social media influencer Josh Neuman was among the four victims of a small plane crash in Iceland, his family and local authorities confirmed.

Neuman’s family said in a statement on Monday that the 22-year-old died “doing what he loved,” noting he had just experienced Iceland’s northern lights in what he called “the happiest day of [his] life.”

He was on a sightseeing flight to create commercial content for the Belgian streetwear brand Suspicious Antwerp, according to The Associated Press .The company confirmed that the occupants of the plane — which had been missing since Thursday — were a Suspicious Antwerp employee, an Icelandic pilot and “two content creators.”

The AP reports that the other victims were Suspicious Antwerp sponsorship manager Tim Alings, 27; Belgian skydiver and influencer Nicola Bellavia , 32; and 49-year-old Haraldur Diego, a prominent aviator and pioneer of photography tours.

Business How TikTok And Skater Girls Are Sending Skateboard Sales Off The Wall Their Cessna 172 plane didn’t send a distress signal after disappearing from radar last week.After several days of searching involving more than 1,000 search and rescue personnel, responders located the empty aircraft on Saturday in a portion of Lake Thingvallavatn — the country’s second-largest lake — about 30 miles east of Reykjavik.

The following day, sonar technology and an autonomous submarine led authorities to four bodies in the lake, reportedly at depths of up to 157 feet.Divers have so far been unable to retrieve them because of poor weather, according to local authorities and the AP.

Suspicious Antwerp thanked local and international emergency services for their help, as well as the “numerous” volunteers who had aided in the search.

“We are enormously distressed by the news and our thoughts and prayers are with the families and friends,” the company said.”We are in close contact with them, as well as with the authorities, and we’re doing everything we can to assist them during these difficult times.”

Many of Bellavia’s more than 21,000 Instagram followers are paying tribute to him in the comments of his most recent post , calling him inspirational and humble and “a kind soul.”

Neuman’s fans are also remembering him on social media, offering up favorite memories and condolence messages.

His parents and brother said in their statement that he “represents the side of humanity we all strive to achieve,” living every day to the fullest while being kind to everyone.

“In his quest for adventure, thirst for creativity and passion for personal reflection, he truly impacted all those he touched,” they wrote.

It’s Been a Minute with Sam Sanders ‘The New Celebrity’: The Rise Of Influencers — And How They Changed Advertising Neuman began filming longboarding videos for YouTube when he was 12, according to his website , and has nearly 1.2 million subscribers on the platform.

He attended college in Chapel Hill, N.C., before deciding to pursue extreme sports and content creation full time.He was based in Los Angeles and traveled the world filming footage for YouTube as well as for brands like Prada, GoPro, LG, Sony, Lexus and Suspicious Antwerp.

Many of Neuman’s YouTube videos show him longboarding at high speeds in scenic locations.He created one of the “most-watched skateboarding videos on YouTube,” the AP reports, with The Washington Post noting that a March 2019 video of Neuman skateboarding through a winding road of tunnels in France has been shared more than 1.6 million times.

The adventurer and entrepreneur followed his passions while also giving back, according to his family.

“Since he was a little boy, he has always taken a significant piece of each dollar earned and given back to charity,” they wrote, naming ending homelessness, protecting clean water, aiding animal preservation and fighting deforestation as causes close to his heart.

They pledged to create a charitable foundation in honor of his memory “so that his name, and his enduring spirit, will never perish.”.