Telecoms companies AT&T and Verizon have delayed turning on new mobile phone towers around runways at some US airports in response to airlines warning of an impending aviation “crisis” that could disrupt flights and strand thousands of passengers every day.For months now, US airlines and the aviation regulator have been negotiating with the telecoms industry and the communication regulator about the rollout of the 5G mobile communications network around US airports.The 5G service occupies a band of the electrometric spectrum adjacent to the one used by sensitive airplane instruments, and could interfere with their proper function.Delayed twice already, the new network was scheduled to go live on Wednesday (local time).But following a last-minute appeal from US airline chiefs, telecoms companies have agreed to further delays in some areas .With all this alarm in the US, you may be wondering how 5G is going to affect Australian airports and air travel.The good news is that, according to the Civil Aviation Safety Authority (CASA), 5G is not an issue for Australian airports.

So how much disruption should we expect? What’s the risk to aircraft? And why isn’t it an issue here? You’ve probably heard of 5G, the fifth generation of mobile network technology that uses higher frequencies of electromagnetic waves than the previous 4G network.

These waves allow much larger amounts of data to be transferred, which means faster downloads, better quality videos, and so on.But there’s a catch: other devices are already using parts of this sought-after spectrum.Namely, the devices that prevent planes from crashing.Radio altimeters measure the distance of a plane above the ground by pinging an electromagnetic pulse and listening for the reflected signal.They operate at frequencies of 4.2-4.4 GHz.In the US, the adjacent spectrum of 3.7-3.98 GHz (known as the C-band) has been sold to telecoms providers, for use in the new 5G networks.The fear is these will interfere with the altimeters, blinding the instruments with signal noise.Many passenger and cargo planes, for instance, use an automated landing procedure called “autoland” in low-visibility conditions.

“At the moment if autoland was not available and Los Angeles was fogged in, then they would have to divert to another airport, and this would require additional fuel and cause disruptions and extra cost.” Radio altimeters are also used to avoid head-on collisions.In a letter to the White House on Monday (local time), US airline chiefs warned of an impending aviation “crisis” that could delay hundreds of flights and strand thousands of passengers every day.”Unless our major hubs are cleared to fly, the vast majority of the travelling and shipping public will essentially be grounded,” wrote the chief executives of American Airlines, Delta Air Lines, United Airlines, Southwest Airlines and others in a letter to the White House.”To be blunt, the nation’s commerce will grind to a halt.” They said the flight restrictions will not be limited to poor weather conditions.”Multiple modern safety systems on aircraft will be deemed unusable, causing a much larger problem than what we knew,” they wrote.”Airplane manufacturers have informed us that there are huge swaths of the operating fleet that may need to be indefinitely grounded.” The US Federal Aviation Authority (FAA) has warned that interference substantial enough to halt the use of automated cockpit systems could lead to flight cancellations, delays or diversions in 46 of the largest metro areas in the US.

Aviation trade group Airlines for America has claimed 5G-related interference could threaten to disrupt as many as 350,000 flights per year.That includes flights from Australia to the US, Mr Thomas says.”The operations that could be impacted include Qantas flights from Australia to Los Angeles,” he said.But not everyone is convinced that grounding or diverting planes is necessary.The Federal Communications Commission (FCC), the regulatory counterpart of the FAA, says there’s no proof 5G will interfere with plane instruments.Some 40 countries have authorised the use of 5G in the C-band, without a single report of harmful interference, it says.

In a recent letter, six former heads of the FCC say the FAA “threatens to derail the reasoned conclusions reached by the FCC after years of technical analysis and study.” The situation has become an interagency brawl with a lot at stake for not only airlines, but also for the US telecoms companies that collectively paid $US81.7 billion ($113 billion) for access to the C-band spectrum last year.Parties on either side of the dispute disagree on the size of the risk itself.

In theory, the 220MHz gap between the top end of the 5G frequencies (3.98GHz) and the lower end of the radio altimeter range (4.2GHz) should mean there’s no interference, but studies have found this not always the case.The US concerns focus on an October 2020 report from the Radio Technical Committee for Aeronautics (RTCA) that found “a major risk that 5G telecommunications systems in the 3.7-3.98 GHz band will cause harmful interference to radar altimeters on all types of aircraft.” Another 2020 study conducted by the Australian Communications and Media Authority (ACMA) found 5G emissions in adjacent frequencies have “some potential to cause interference under certain assumptions”.Ampalavanapillai Nirmalathas, a professor of electronic engineering at University of Melbourne, said the ACMA study showed that the risk was very low.”In very, very rare circumstances there may be an inaccuracy in the estimation of altimeter readings due to potential inference from the bands.

“In terms of being able to generate statistical confidence, these studies are not conclusive.”There’s no way of saying how rare or how likely these things are.” Even if the risk of 5G emissions confusing an altimeter is very low, the consequences of a plane misjudging the ground are potentially catastrophic, and include death for the passengers.According to CASA, there’s been no reports of radio altimeter incidents linked to 5G since the telecommunications technology rolled out two years ago.Last week, in response to the debate in the US, it published a post on its website titled “No sign of 5G interference in Australia”.One reason there have been no reports of incidents, it says, is that Australian 5G transmissions top out at 3.7GHz, which makes a larger buffer with the frequencies used by radio altimeters.This is fairly standard internationally — India’s 5G services go up to 3.6GHz, while Europe and the UK’s top out at 3.8GHz.

Thu Jan 20 , 2022
Mile-long, slow-moving diesel trains loaded with cargo chugging slowly across the U.S.could be a thing of the past one day if stealth startup Parallel Systems has its way.The Los Angeles company thinks the future of freight lies in autonomous battery-powered trains that squeeze far more capacity out of existing rail […] 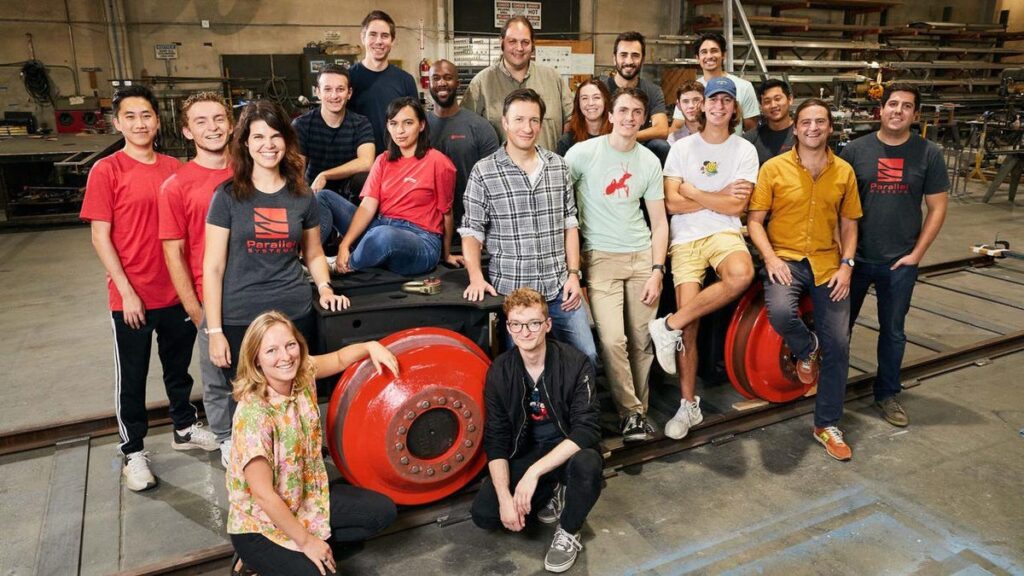