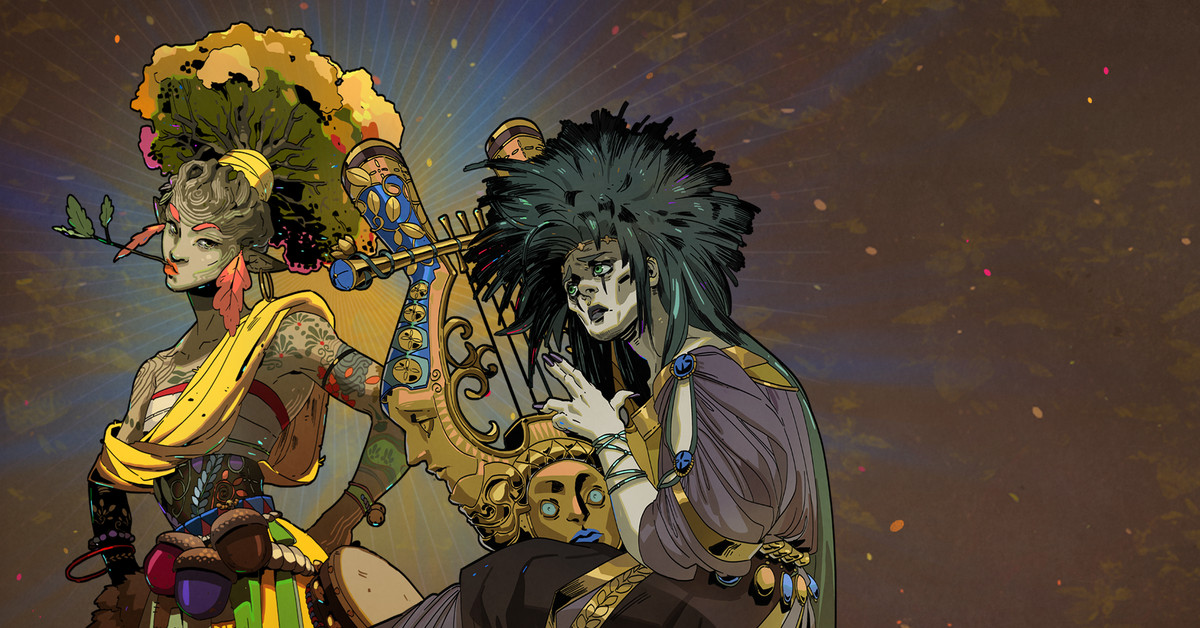 Halfway through hell, I hear the singing.

Music is not rare in Hades — the video game’s soundtrack is an absolute banger that follows players throughout the entire journey, punctuated only by moments of silence at the end of battles — but actual singing, up until that point, had been nonexistent.

Hades is built around loops.You play as Zagreus, the son of the titular ancient Greek god of the dead, and your goal is to fight through the levels of the underworld — Tartarus, Asphodel, and Elysium — to reach the surface of the Earth, where you hope to find your mother, Persephone.This is, to put it lightly, easier said than done.The underworld does not give up one of its own easily, and you will find yourself dying often, only to return to the House of Hades and attempt to escape again.

Early in the game I had met Orpheus, the court musician in the House of Hades, who told me he stopped singing because he had lost his muse; I figured this was the game, with a sly nod to the classics, telling me not to expect any stirring vocals anytime soon.So to hear the sound of a woman singing in the middle of the flaming depths of the underworld made me stop in my tracks.

The woman’s name, the game tells me, is Eurydice.It’s the beginning of a side quest — one that makes me recognize just how special Hades is.

I’m one of those people who went through a Greek mythology phase when they were kids, so the story of Orpheus and Eurydice is familiar to me.The talented musician Orpheus, stricken with grief at the death of his wife and muse, plays his lyre so skillfully that Cerberus, the three-headed dog who guards the gates of the underworld, lets him pass.Impressed by Orpheus’s skill, Hades, the god of the underworld, allows him to take Eurydice’s soul back to the surface where she may live — so long as Orpheus never looks back to make sure she is following him.

Otherwise, she will be lost forever.

In the original story, Orpheus looks back just as he reaches the doors of the underworld because he can no longer hear Eurydice’s footsteps; in the playwright Sarah Ruhl’s retelling of the myth, he looks back because Eurydice calls out to him.Either way, Orpheus fails, and Eurydice is swept back to the land of the dead.

The story had always struck me as a tragedy, two lovers forever separated by the wily god of the dead.Hades, the fourth game from the indie developer Supergiant , adds a coda.Minor spoilers ahead.

The looping mechanic and recurring motifs of death and resurrection in the game, released in September 2020, felt oddly cathartic.As my colleague Alanna Okun wrote last September , looping video games have felt especially soothing amid a pandemic in which the days seem to run into each other; my jaunts through the underworld provided an escape from the headlines as the delta variant plowed through India, the country where I grew up, last spring.I reacted to the news of four generations of family members contracting the virus by picking up my Nintendo Switch, finding comfort in the fictional dead as I worried for the living.

The story, which recently earned a Hugo Award , the first for any video game, unfolds over the course of your escape attempts: Perhaps you meet a new character on one attempt who greets you with familiarity on your next pass, or you unlock a skill that makes escaping easier.

You learn something on each run, and the rhythm of the game quickly became familiar to me as I progressed through room after room of enemies intent on stopping my escape.

Eurydice broke that rhythm by quite literally interrupting the music I’d come to expect.When I first happened upon her chamber in Asphodel, an area that had been flooded with bubbling lava, I stopped to listen as Eurydice, voiced by Ashley Barrett, sang what I later learned was called “Good Riddance.” “Farewell / to all the earthly remains,” she sang.

“No burdens / no further debts to be paid.”

It sounded like a breakup song, which in a way it was.Eurydice was stuck there in Asphodel, she told me, because her good-for-nothing husband had tried and failed to get her out of the underworld when she died, and now she was making peace with her lot in the afterlife.She was, understandably, incredibly angry: “The two of us are finished,” she told Zagreus.Her husband’s name? Orpheus.She was the muse he’d been pining after, the reason he no longer sang.

The next time I returned to the House of Hades, killed by some hellish foe or another, Zagreus told Orpheus he’d met Eurydice.Orpheus perked up: He’d given up any hope of ever finding Eurydice.Soon afterward, he begins singing again.On one of my returns to the House, I recognized the song Orpheus was singing; it was “Good Riddance,” sung in the melancholy register of someone filled with regret.

“Goodbye,” Orpheus, voiced by Darren Korb, sang morosely, “to all the plans that we made.”

Zagreus, who thinks his father dealt Orpheus an unfair hand, takes it upon himself to reunite the husband and wife.I quickly became obsessed with this side quest, looking for Eurydice’s chamber, and her singing, every time I found myself in Asphodel.There was something comforting to me, amid a pandemic that had shaken the world as I knew it, in the idea of helping these two characters regain some semblance of the life they once had.Over time, Eurydice’s anger softened, and she began looking to Zagreus for updates: “How’s Orpheus been doing lately?” she asked.

“Still keeping his hair in those neat little curls?”

Many hours into the game, I finally managed to release Orpheus from the bounds of his contract, and he disappeared from the House of Hades.I found him again in Asphodel, where he had reunited with Eurydice.They were singing “Good Riddance” again, but this time, as a duet , it took on an entirely different tone.The lyrics remained the same, but the song sounded joyful, as if they had found the bright side of the afterlife.

Perhaps it’s not surprising that Supergiant would tell a love story through music — this is, after all, the same developer that included a dedicated button to make the protagonist hum a song in one of their previous games, Transistor — but the story of Orpheus and Eurydice is more than that.It also felt, to me, like a tale of beauty and hope found in the midst of pain and death, loss and regret.The song was stuck in my head for weeks; I can still summon it at will from the depths of my mind.

When I first heard the duet, I put down my controller and listened.

The underworld may not be the most obvious place for romance, but Hades would argue otherwise; love, it seems to say, is not only for the living.

Hades is available on Steam and major consoles .For more recommendations from the world of culture, check out the One Good Thing archives..

Sun Feb 13 , 2022
Nintendo Makes One of the Best Switch Games Just $2 for Limited Time Nintendo, courtesy of a new [Nintendo](/category/nintendo/) eShop sale, has been made one of the best [Nintendo Switch](/category/nintendo-switch/) games just $2 for all Switch, Switch Lite, and Switch OLED users, at least in North America.There aren’t many bargains […]