Defence Minister Peter Dutton has indicated Australia may send weapons to Taiwan in response to any future Chinese military aggression, drawing a direct comparison to support currently being sent to Ukraine in its fight against Russia .Mr Dutton also revealed Australia might acquire nuclear submarines earlier than the expected 2040 timeline, with details on design and construction to be announced “within a couple of months” and possibly before a federal election.When directly asked about the prospect of arming Taiwan on Insiders, Mr Dutton said: “I think we do whatever we can to deter China from acts of aggression in our region.” “Let’s be very clear.We want peace to prevail in our region, but you don’t have that peace if you are arguing from a position of weakness,” Mr Dutton said.”There is no sense in pretending that it is not happening – that the acquisition of nuclear weapons by China is not happening.It is happening and they are amassing huge, huge forces.” Federal Labor has criticised Mr Dutton for previously saying it would be “inconceivable” for Australia not to join military action if the US defended Taiwan.

“It would be completely wrong and wrongheaded for us to be answering such hypotheticals, and we think the Defence Minister made a mistake in that regard,” Shadow Defence Minister Brendan O’Connor said on Sunday.”I don’t recall any defence minister in our history, certainly recent history, that would ever answer a question in the positive about a hypothetical question about whether we would find ourselves engaged in a full-blown war with a nuclear superpower.” Liberal senator James Paterson, who leads parliament’s Committee on Intelligence and Security, said the Russian invasion of Ukraine should send a message to Beijing.

“I hope that the lesson that China is drawing from the difficulties that Putin has encountered in Ukraine is that any plans of changing the status quo in the Taiwan Straits by force might also be more complicated than they have previously thought,” Senator Paterson said.”I hope it’s giving them pause for thought, but only time will tell.” Mr Dutton confirmed that missiles and ammunition supplied by Western nations – including Australia – had now arrived in Ukraine.”Our desire is to see the Ukrainians extract a very significant cost on the Russians, both in terms of their reputation and their so-called military might,” he said.Mr Dutton also revealed the government would announce “within a couple of months” which nuclear-powered submarines it planned to acquire as part of the new AUKUS alliance with the United States and United Kingdom.

When AUKUS was unveiled in September last year, torpedoing Australia’s $90 billion submarine contract with France , the government said it would take 18 months to identify the best way to acquire and build the new fleet, using either US or UK technology.However Mr Dutton is now indicating that timeline has been dramatically condensed, raising the prospect of a pre-election announcement.”We will have an announcement within the next couple of months about which boat we are going with, what we can do in the interim,” he said.”Both the US and the UK understand the timelines, they understand what is happening in the Indo-Pacific, and they are very, very willing partners”.

The new fleet, to replace the ageing Collins Class submarines, is not expected to hit the water until 2040 but Mr Dutton suggested that date might be brought forward.”We are going to acquire the capability much sooner than that,” he said.

Sun Mar 6 , 2022
OPINION: For most of us money troubles are nothing new.But is money itself in trouble? Inflation is eroding the value of our money.The use of cash is in sharp decline.Prices are up.Our KiwiSaver balances are down. Teenagers are making money for nothing (and getting their kicks for free?) mining and […] 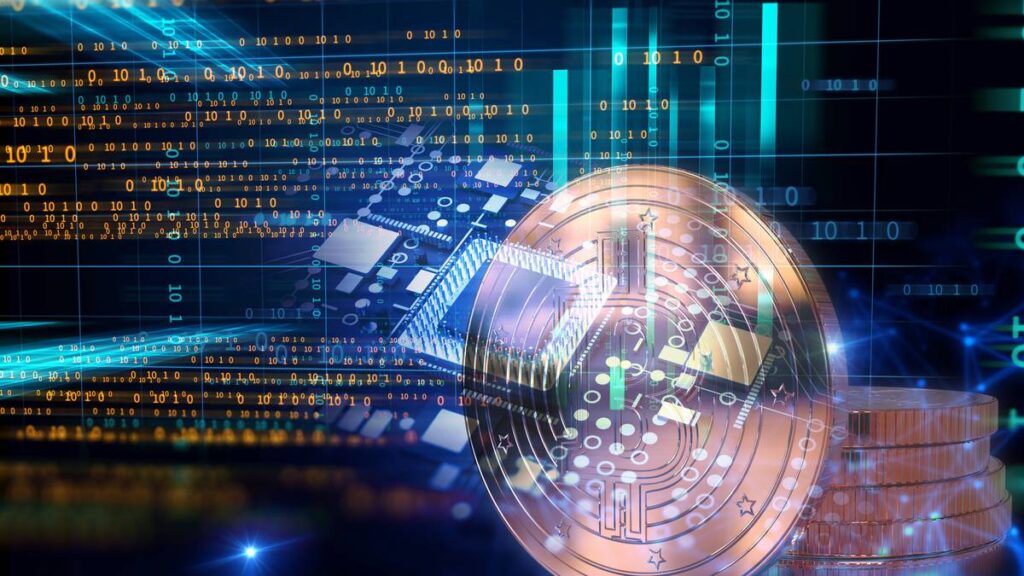