A man aged in his 90s has died with COVID-19, becoming the 29th person to die with the virus in the ACT since the pandemic began.

The territory today recorded 299 new cases of COVID-19, as the number of new known infections continues to trend downward.

ACT health authorities did not reveal the man’s vaccination status or specify if he had underlying health conditions.

Of the new cases recorded in the 24 hours to 8pm yesterday, 123 were from PCR tests and 176 were from rapid antigen tests.

There are 57 people in hospital with the virus in Canberra, two in intensive care, with one requiring ventilation.

Changes to check-in requirements from Saturday

From 11:59pm on Friday, February 11, Canberrans will only have to use the Check In CBR app at licensed bars and pubs, registered clubs, nightclubs, strip clubs and brothels, organised events, schools, and early education and care businesses.

The ACT government said all other businesses and settings would no longer be required to display a QR code or ask customers to check in.

Health Minister Rachel Stephen-Smith said the government’s goal was to continue to protect those most at risk of exposure to the virus while also adapting to the evolving pandemic.

“We’re in a new phase of our pandemic response and using the Check In CBR app differently will support those most at risk of exposure to COVID-19 while reducing the requirements placed on other businesses, venues and customers,” Ms Stephen-Smith said.

The app was first launched in September 2020 and has since been downloaded 1.3 million times.

Its ease of use led the Queensland, Tasmanian and Northern Territory governments to ask ACT Health to build versions for them as well.

But in recent weeks, [its continued use as a mandatory requirement has been criticised](/news/2022-02-03/canberra-check-in-act-use-still-high/100795246) , due to the fact that contact tracing is no longer a part of the ACT’s COVID-19 response, and the government has stopped collecting and publishing information about exposure sites.

Now, the government is promoting the app as a useful tool for keeping track of your movements, even at businesses where it is no longer mandatory.

Those businesses are still being encouraged to have a QR code available, so that those customers who want to keep a record of where they have been can do so.

Work is also underway to adapt the app so that it alerts people when they have been to a high-risk setting associated with a COVID-19 case, Ms Stephen-Smith said.

“While this technical work is still underway, we expect to have this feature-ready in the next couple of weeks,” she said.

“With the automated exposure notification function, Check In CBR will continue to be a critical tool in our efforts to slow the spread of COVID-19.”

Canberrans are still being urged to maintain strict hygiene practices wherever they go, and face masks remain mandatory in indoor settings..

Mon Feb 7 , 2022
German leader’s stance on Russia looms over 1st visit to US German Chancellor Olaf Scholz has set off for Washington to reassure Americans that his country stands alongside the United States and other NATO partners in opposing any Russian aggression against Ukraine By FRANK JORDANS Associated Press February 6, 2022, […] 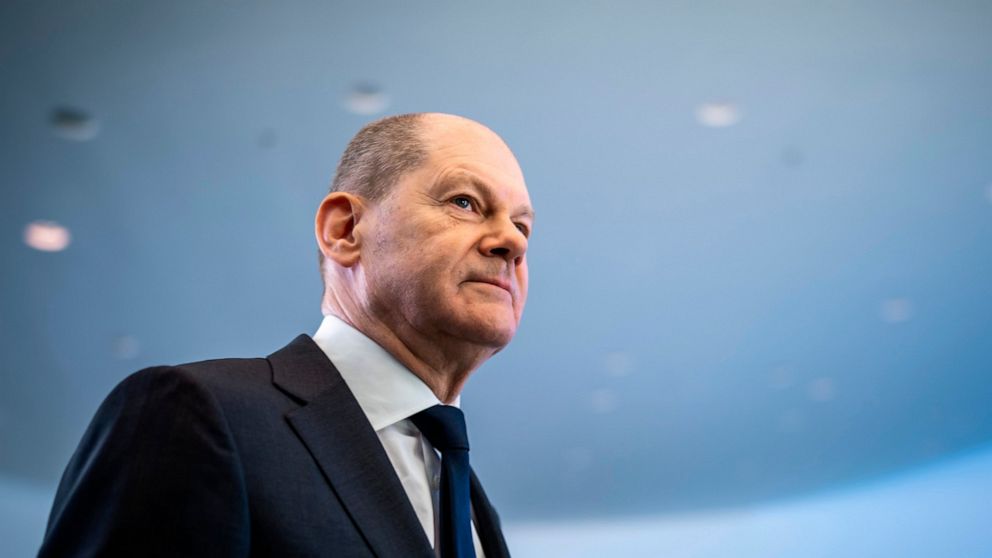