Could a patent-free vaccine offer a COVID solution that stands up against Alpha, Delta, Omicron, and future variants?

The latest breakthrough in COVID vaccines isn’t using cutting edge technology or a radical new approach to stop the global spread of disease.

Instead, a small team of researchers in the US have gone back to basics, with one key difference: their vaccine is patent-free.

It means any drug maker can use the recipe freely to reproduce the vaccine, without any payment or complex licensing arrangements.

Microbiologist Maria Bottazzi, her colleague Peter Hotez and their team at the Texas Children’s Hospital’s Center for Vaccine Development last month unveiled Corbevax, “the world’s COVID-19 vaccine”, and doctors say it could be a game changer.

How does the new vaccine work

Corbevax is a protein subunit vaccine, a tried and tested method that stimulates an immune response by directly delivering bits of the virus the vaccine is designed to protect against.

Dr Bottazzi and Dr Hotez’s team used yeast to “brew” their own COVID-19 spike proteins, which the coronavirus uses to infiltrate healthy cells to replicate and further assault the human body.

The vaccine teaches the human body to recognise the protein so it’s better prepared if the real virus invades.

Novavax uses similar technology, whereas mRNA vaccines like Pfizer and Moderna teach the body to grow COVID-19 spike proteins on its own.

Protein subunit vaccines have been used to fight other viruses like hepatitis B.

Dr Bottazzi and her team have previously used the technology to produce vaccine candidates for SARS and MERS.

“You should never forget that sometimes you have an answer right in front of your nose,” Dr Bottazzi told the ABC.

“We knew from many years of dealing with coronaviruses that the spike protein is one of the weakest links within the virus.”

Managing a small team meant the process took longer than it would in the large pharmaceutical companies.

But clinical trials in India have shown the efficacy of their vaccine against the Alpha and Delta strains is on par with the big brands.Trials are still underway to see how Corbevax holds up against Omicron.

Using yeast to make the protein also meant the vaccine was “a bit vegan”, Dr Bottazzi said, and a halal version of the vaccine is being trialled in Indonesia.

As well as being patent-free, Corbevax is also much cheaper and more stable than mRNA vaccines, making it easier to manufacture and distribute on a large scale in developing nations.

Abdul Garfur, an infectious disease expert at Apollo Hospital in the Indian city of Chennai, described it as a “game changer”.

“Rich countries have vaccinated a majority of their population with two doses, three doses, and sometimes with even four doses,” Dr Garfur said.

“At the same time, only less than 10 per cent of the poor countries have received one dose of vaccine.”

He warned the longer developing nations went mostly unvaccinated, the higher the chance that more dangerous COVID-19 variants would emerge.

“The chance of mutation is high in unvaccinated individuals,” he said.

“Thank God Omicron, even though highly infectious, is less lethal than Delta.But a future variant that emerge may not be the same scenario.”

Corbevax has already been granted approval in India for those above 12 years of age.

Indian manufacturer Biological E, which teamed up with the Texas researchers, already has at least 150 million doses ready for deployment.

It aims to produce a billion vaccine doses this year, to be deployed by the Quad countries: India, Australia, Japan and the United States.

The vaccine is also licensed to manufacturers in Bangladesh, South Africa and Botswana, while deals with other makers in Taiwan and Vietnam are also reportedly being considered.

Why have existing COVID vaccines been subject to patents?

The use of patents on COVID-19 vaccines has been a controversial topic during the pandemic.

Those in support of the licences say it promotes medical research, as pharmaceutical companies that spend vast amounts of time and money developing new drugs reap big financial rewards if they succeed.

But many have accused large pharmaceutical companies of putting profits ahead of people during the coronavirus pandemic.

Some companies have refused to share their secret recipe or allow generic versions, despite receiving large amounts of money in public subsidies.

[Talks to establish a waiver on COVID vaccine patents](/news/2021-10-06/cph-australia-backs-push-for-generic-covid-19-vaccines/100516060) have stalled in the World Trade Organization.

“What we have to realise is sometimes there are situations that should not follow the normal way of doing things,” Dr Bottazzi said.

The team behind Corbevax have relied on mostly donated money, as garnering interest from governments to invest in old technology proved difficult.

But now, with international media lining up for interviews, Dr Bottazzi and her team are being noticed.

“Our reward is to be able to offer this [vaccine] to anybody,” she said.. 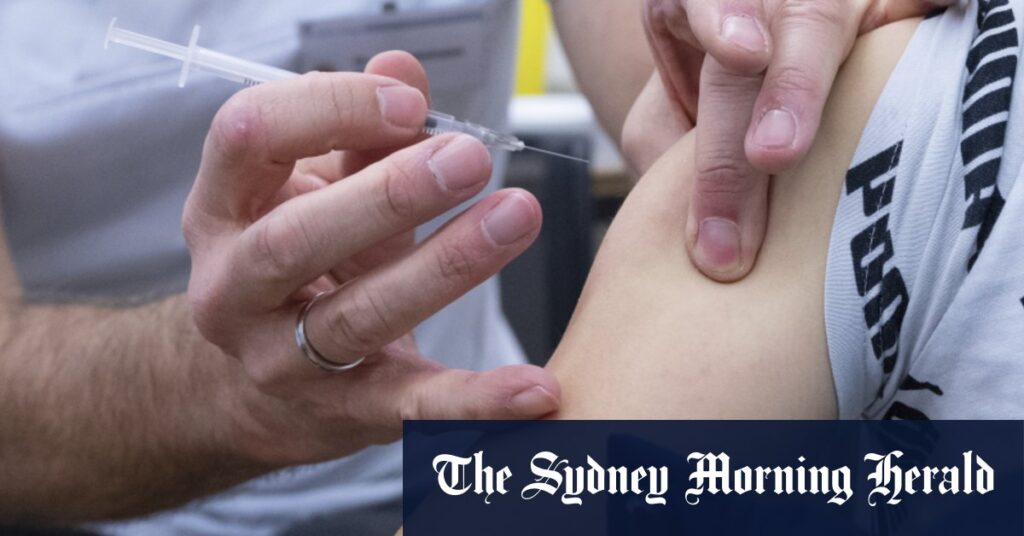