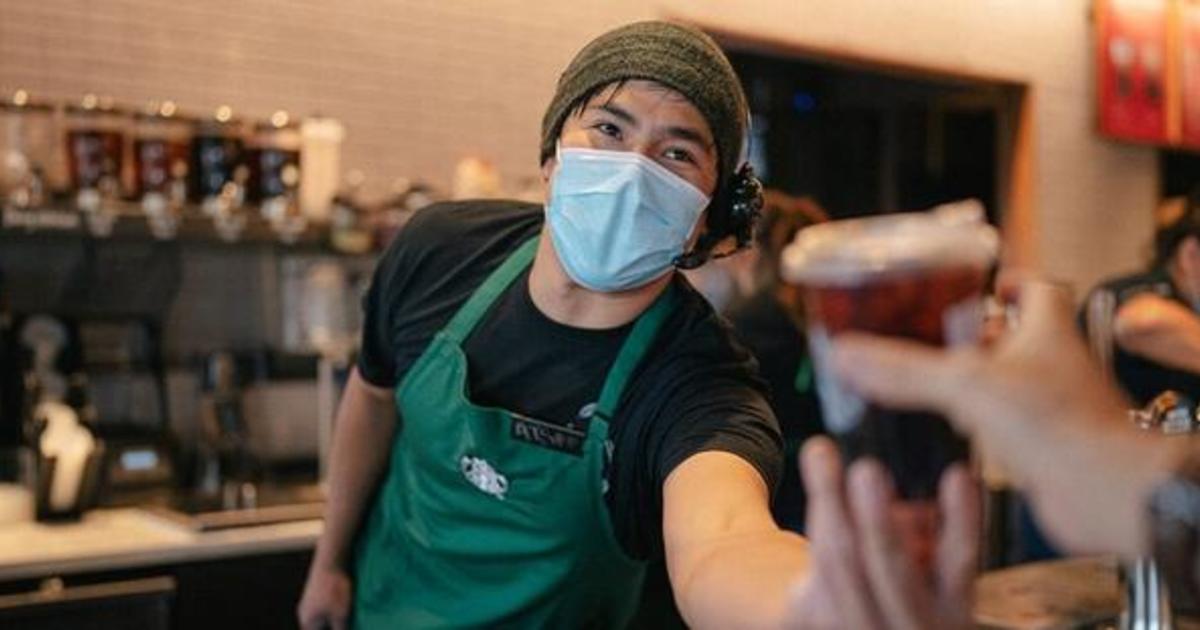 Starbucks is planning to hike its prices this year, its third increase since October, as large U.S.restaurant chains try to blunt the impact of the most ferocious inflation in decades by passing costs along to consumers.

Starbucks didn’t say how much it plans to increase prices, but the cost of a cup of its brewed coffee has inched steadily upward.The company had already boosted prices in October and again last month, executives said on Tuesday.

The brewed Venti-sized cup of coffee stood at $2.45 in 2021, according to several menu sites .But currently, the same cup of coffee in some locations will set you back $2.95, or an increase of 20%.

The pandemic brought inflationary pressures and staffing issues, both of which “were amplified, well in excess of our expectations,” by the recent surge in the Omicron variant, Kevin Johnson, the company’s president and CEO, said on an earnings call Tuesday.

And there might not be just one price hike in 2022 for Starbucks, but several, with Johnson saying the company has “additional pricing actions” planned throughout the year.

Consumers aren’t cutting back on coffee, though: Starbucks said revenue in the most recent quarter jumped 19% to $8.1 billion.

Corporations blaming their price hikes on inflation have come under scrutiny from some consumer advocates, who point out that the profits of many businesses are growing far beyond the rise in prices.That suggests that some companies may be using inflation as an excuse to pass along even higher price hikes to customers, they note.

Americans are feeling the impact of inflation, dampening their views about the economy and their own financial resiliency.While middle- and upper-income households may be able to weather higher prices, some families are struggling to cope.

Due to inflation, about one-third of families with incomes below $50,000 said they actually can’t afford to buy groceries , a Credit Karma study found.

Fast-food price hikes Like Starbucks, other quick-service chains have pointed to increased transportation, food and labor costs for hiking menu prices.The 8% increase in the price of fast-food meals compared with a year ago is significantly higher than the same period’s 6.3% increase in prices for groceries and the 6.6% increase in prices at fancier restaurants with waitstaff, according to government data .

Customers are taking notice: The price jumps are being mentioned in reviews, according to recently released research from Yelp.Comments like “higher prices,” “used to be cheaper,” and “more expensive” rose 29% in the fourth quarter of 2021 from a year earlier, the review-site operator found.

McDonald’s raised its menu prices by about 6% in 2021, with customers paying more for Big Macs and other items helping to offset a 4% rise in food and paper costs, company executives said during an earnings call Thursday.The Chicago-based company said U.S.sales were bolstered by “strategic price increases.”

Little Caesars is now selling its signature Hot-N-Ready pizza for $5.55, an 11% increase, the chain announced last month in a press release touting its classic pie as coming with 33% more pepperoni.

Chipotle Mexican Grill boosted menu prices as much as 4% during the summer, while chains like KFC and Wendy’s rolled back discounted “value” meals in favor of promoting costlier options.

Krispy Kreme hiked prices in the low single-digits earlier in 2021 and then again in September and said further increases would come.

“Our much loved fresh doughnuts, which are usually shared and often gifted with relatively low purchase frequency, are largely resilient to pricing actions.

We have seen this resilience already in October in the U.S.following the price increase in September,” Josh Charlesworth, the company’s chief operating officer and CFO, told analysts in a November earnings call.

“We will and are prepared to take further pricing action, if needed,” he added.

CNN’s Jeff Zucker resigns over relationship with colleague What’s behind the push for a fourth stimulus check Listeria .

Thu Feb 3 , 2022
Sony’s surprise acquisition of Bungie earlier this week for $3.6 billion was about a lot more than just Destiny .In an investor call today, Sony has revealed it plans to launch more than 10 new live service games by March 2026.That’s a hugely ambitious plan, and marks a major expansion […]