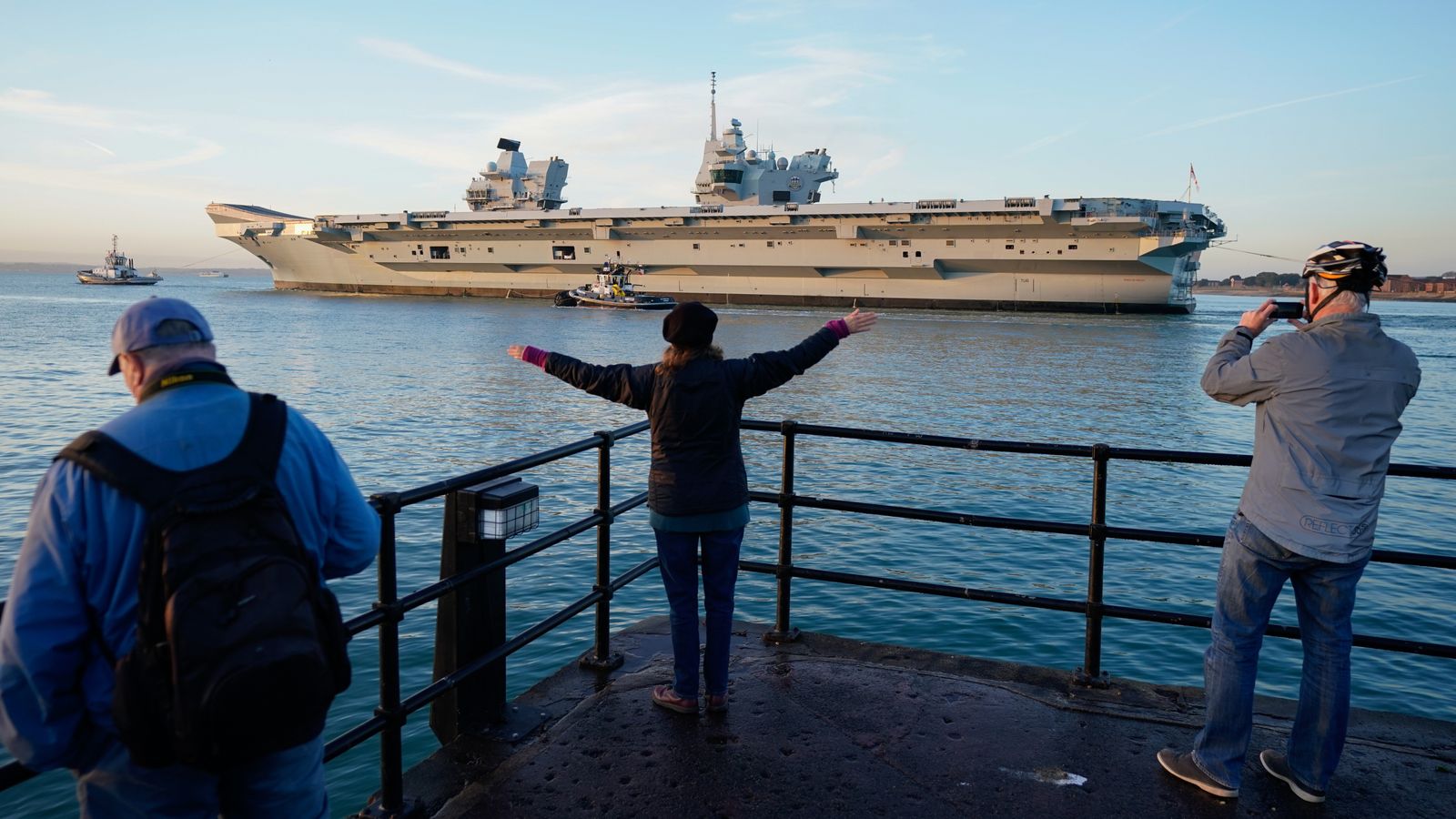 The UK will inject £4 billion into regional shipbuilding to deliver more than 150 new naval and civil vessels over the next 30 years, the government said.

The investment will “galvanise” shipyards and suppliers across the country, Downing Street said.

Boris Johnson will announce the investment at a Merseyside dockyard on Thursday, although the fund for the new vessels was first announced in the 2020 Spending review and then the 2021 Autumn Budget.

Image: The Queen Elizabeth is the Royal Navy’s flagship Pic: AP The Ministry of Defence (MoD) is also set to publish its refreshed National Shipbuilding Strategy, which will reveal how the government plans to support shipyards across the nation to upskill workers, drive technology development, create jobs and ensure the industry “delivers on next-generation challenges”, Downing Street said.

It added that the strategy will also build on the UK’s “increased support for European defence capability in the face of rising Russian aggression”.

Advertisement British defence giant Babcock has been chosen as Poland’s preferred partner to deliver three new warships based on the UK’s Type 31 design.

The prime minister said shipbuilding has been “in our blood for centuries”, and it should remain “at the heart of British industry of generations to come”.

Ukraine war: Boris Johnson may now be safe as PM, but war and an economic crisis mean his job has never been harder

Related Topics: Boris Johnson Royal Navy “The National Shipbuilding Strategy will transform this important and crucial industry, creating jobs, driving technology development and upskilling the shipbuilders of tomorrow, ensuring we are levelling up across every dock, port and shipyard in the UK,” he said.

“This will ensure the UK is rightly seen as a shipbuilding power across the world.”

Image: Boris Johnson will announce the fund at a shipyard The Department for Transport, as part of the strategy, will invest £206 million in the UK Shipping Office for Reducing Emissions (UK-Shore).

This investment will be used to “match fund research and development in zero emission vessels and infrastructure and ensure our place as global leader in green technology”, No 10 said.

Defence Secretary Ben Wallace said: “As shipbuilding tsar, I am proud to be announcing our new strategy, this is an exciting time to be involved in the sector.

“With significant government investment, we will be levelling up across our shipbuilding, workforce, from shipyard to supplier, from procurement to designer, creating tens of thousands of new employment opportunities, boosting living standards and pay.

“Our refreshed strategy will see the sector galvanised at a crucial time for our economy and see a vital part of British industry expand and flourish.”

Subscribe to the Beth Rigby Interviews…podcast on Apple Podcasts , Spotify , and Spreaker

However, Labour’s shadow defence procurement minister, Chris Evans, said the government is “failing to ensure ships are built in the Uk and to secure local jobs”.

He said there are a fifth fewer ships in the UK’s surface fleet than in 2010 and although he welcomed the 30-year plan “this strategy does not address the MoD’s deep-seated issues which mean none of its major shipbuilding programmes are on time or on budget”.

“With growing threats and Russian aggression, our steel industry and shipyards are essential to national security,” Mr Evans added.

“Labour is committed to a ‘British built by default’ approach to defence procurement which would build resilience in our supply chains and protect our security.”

There are currently 42,600 jobs supported by shipbuilding across the UK, and it contributes more than £2.8bn to the economy, No 10 said.

Fri Mar 11 , 2022
The UK will inject £4 billion into regional shipbuilding to deliver more than 150 new naval and civil vessels over the next 30 years, the government said. The investment will “galvanise” shipyards and suppliers across the country, Downing Street said. Boris Johnson will announce the investment at a Merseyside dockyard […] 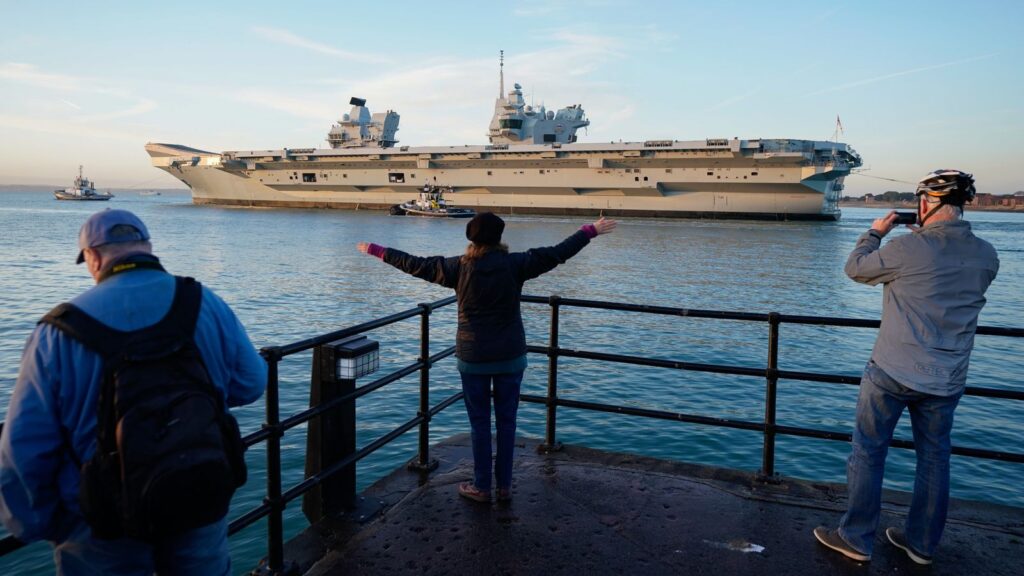