The Takeaway: I’ve spent my past two weekends playing classic tabletop board games like Monopoly, Scrabble, and Candy Land—just without the actual board or physical pieces.That’s thanks to Arcade1Up’s Infinity gaming system, a 32-inch (or 24-inch, if you choose) digital touchscreen-coffee table that houses over 60 classic games, with more on the way.The Infinity serves as a giant tablet for playing games alone or with up to six players—locally in person or online over Wi-Fi.It comes loaded with titles; there’s no monthly subscription fee to access the growing library.

This Android-based tabletop even serves as a functional piece of furniture that holds your drinks and snacks atop the screen.

There’s a lot to like—the system eliminates the need for storing boxes in closets and doesn’t consist of dozens of easy-to-lose pieces, and you can even save games at any point so you can come back later without leaving physical pieces out.Best of all, the table features animated boards with haptic feedback.So whether you’re popping the middle die bubble in Trouble or sinking enemy aircraft carriers in Battleship, each of your actions retains some of that tactility you get with a physical board.

And if you want, you can remove the tabletop from its legs and place it on your existing dining or coffee table.But the price is high, the screen can be difficult to see in brightly lit rooms, and there is a slight lag when dragging pieces in titles like Connect Four.Here’s the deal.

– Social Play+ for connecting to other players worldwide, with Safe Connect that allows up to six simultaneous players both local and over the internet

The Infinity Digital Board Game table is the first of its kind.It’s made by Arcade1Up—the manufacturer behind the popular 3⁄4-scale arcade cabinet recreations of licensed games like Teenage Mutant Ninja Turtles and Pac-Man.The Infinity is a departure from the brand’s bread and butter, but a welcome surprise.

Setting it up is incredibly easy—mine came in a 37-by-25-inch box that opened with some pull tabs.After I pried the packaging open, I removed the screen, flipped it over, and placed it on my couch.Two insertable 18-inch legs install beneath it for support without the need for busting out any tools; just click and lock in the retractable pegs, and squeeze the triggers to release them to pack up and break the Infinity down.

This design makes disassembly for storage or travel easy.Fully assembled, the Infinity is 21.5 by 33.5 by 22.2 inches.The table draws power through a 7-foot-long, 12-volt adapter, which is plenty to run around the room or under the couch without being an annoyance or leaving too much slack to get tangled up.

You operate everything via the tabletop touchscreen except for the power and volume buttons, which are on the front end of the table.Next to those sit two USB ports and a MicroSD slot for expanding storage.The Infinity lacks a physical control for display brightness, but its simplicity ensures you don’t have to spend much time futzing around with settings.

When you turn on the display for the first time, the Infinity prompts you to sign up for a free account, which enables access to the Arcade1Up App Store in addition to enabling online play.

Playing Games and Navigating the Interface

Launching games is easy; the main menu has groups of squares, with the App Store on the right side and your downloaded games on the left.Once you select a game, you enter the number of players, how you’d like to play, and even set house rules like eliminating Warp Zones in Trouble or returns home in Candy Land.

Its portable body lends itself nicely to travel—whether I had to take it to the Popular Mechanics office or a friend’s home.

Tactile feedback is responsive, especially in Battleship and Hungry Hungry Hippos where a tap can create a perfectly timed rumble or snap, adding to the immersion.Hitting the Trouble bubble works really well at tricking your brain with a satisfying pop.But if you like the experience of moving each piece across the board, you may find yourself disappointed.The taps on the screen did take some oomph out of physically knocking an opponent’s piece away or spinning the click wheel in The Game of Life.

The additional paid apps like puzzles, pool, and coloring books give the Infinity some extra versatility.

My two most used apps were Billiards and Puzzles, which are a great way to chill out after work while watching TV.I imagine it would be possible for Arcade1Up to add apps to the capacitive 10-point touchscreen—it works well with accuracy and tactile input, but it would be nice to leave up a Twitter feed or the news open on the table.

The Screen Is Sharp, If Not Very Bright, And Easy to Clean

The 60-hertz full HD screen is crisp and smooth, giving each piece and board depth and texture.But it isn’t that bright, which means playing in well-lit rooms during the day can be a challenge, even more so with glare.Still, I was pleasantly surprised by the 1080p screen, which not only staved off pixelation despite animated particle effects and colorful boards but allowed for smooth roll and movement animations thanks to the high refresh rate.

So far I’ve dropped beer, water, and some french onion dip on the board but haven’t run into a mess I couldn’t clean.

The table is impact- and water-resistant against little things like phones, keys, and wallets dropped on it.Its biggest drawback is in the sheer amount of fingerprints that show up on it.Thankfully, Arcade1Up thought this through and included a giant microfiber cloth to help rid your table of these, which you’ll have to do often after playing and poking at the screen.

There’s plenty of titles for everyone in your household, and Arcade1Up is constantly adding more games.

But given its versatility as a piece of furniture and tablet, the price is slightly more palatable.Its portability and usability take it a step above what at first glance could seem like a gimmick—hopping between both local and online games and experiencing new apps is frictionless.It’s a niche product for sure, but if you’re into your tabletop games, treat yourself to one of these tables.And even if you’re not, the Infinity is a great way to bring back family game night..

Thu Apr 7 , 2022
In brief: As the bi-weekly tradition goes, Microsoft is adding a new batch of games to the Xbox Game Pass.Starting this month, subscribers will have the chance to try (or play again) titles such as Lost in Random and Life Is Strange: True Colors.Additionally, users can access eight new games […] 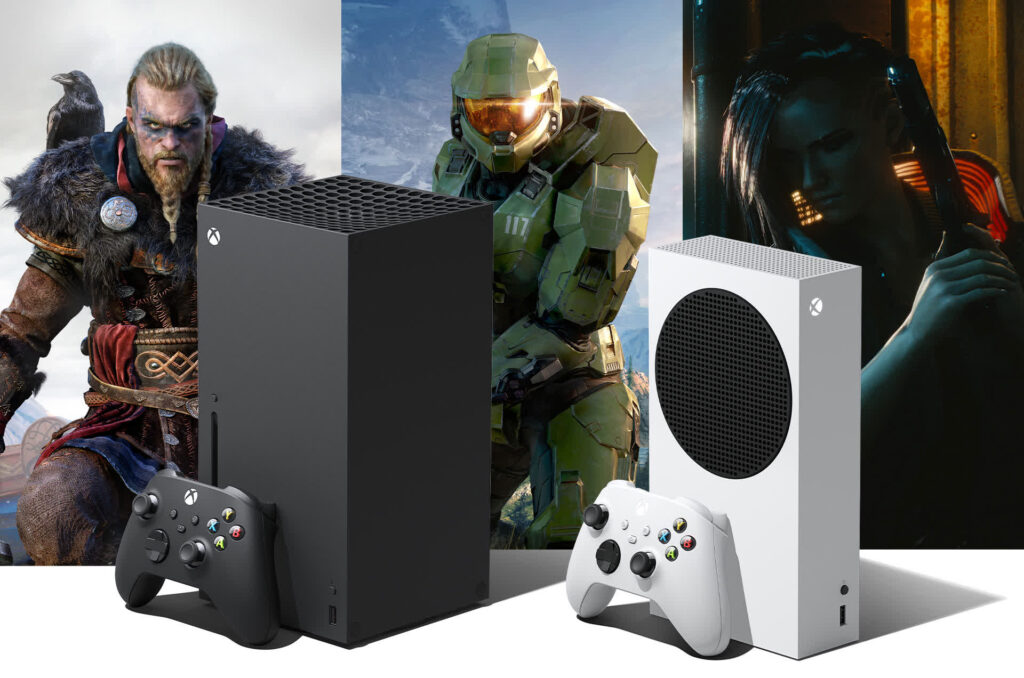