Walmart will no longer require fully vaccinated workers to wear masks while working in stores unless required under local or state rules, the company said in a memo to its U.S.employees.The change from the retail giant, which has about 1.6 million employees in the United States, comes after a growing number of states announced plans to ease mask rules.Unvaccinated Walmart employees must still wear masks until further notice, the company said in the update, which was sent Friday and noted that the change is in effect at Walmart and Sam’s Clubs locations.Masks will also be required for employees who work in “clinical care settings,” including pharmacies.The company said it continues to monitor pandemic trends across the nation.A slew of governors in recent days said they would lift mask requirements for businesses, indoor public spaces and schools, citing hopeful trends in coronavirus caseloads and hospitalization rates.

Some have described the easing of mask rules as a transition toward a new normal even as the Centers for Disease Control and Prevention and some health experts remain wary.“We continue to recommend masking in areas of high and substantial transmission — that’s much of the country right now — in public indoor settings,” CDC Director Rochelle Walensky said last week .The day before Walmart announced its change, NBC News aired an interview with President Biden in which he was asked whether governors were moving too quickly to loosen rules.“I’ve committed that I would follow the science,” Biden said .“And I think it’s probably premature, but, you know, it’s a tough call.” Abrupt end to mask mandates reflects a shifting political landscape Walmart was an early adopter of mandated face coverings in 2020.It dropped its mask requirement for fully vaccinated employees in May 2021 before shifting the rules again as reported coronavirus infections rose.Asked specifically about Walmart’s decision, as well as the recent easing of mask rules in states, and how it contrasts with the CDC’s continued guidance to wear masks, former Food and Drug Administration commissioner Scott Gottlieb said the CDC is “setting a national standard.”“There’s still parts of the country that have a lot of omicron infection — not every part of the country is through this wave of the epidemic,” Gottlieb said Sunday on CBS News’s “Face the Nation.” He predicted that the CDC would “come out with guidance that’s more specific to communities that’s based on what the local prevalence is.” Mask mandates continue to fall as Fauci says U.S.

may be approaching ‘normality’ Earlier in the interview, when speaking about the state mask rules, including around mask mandates in schools, Gottlieb said, “We’re clearly shifting from a compact where there was a shared sense of sacrifice across the population generally to take certain measures, to take certain mitigation, like wearing masks … towards one where policymakers are shifting the burden onto individuals to try to protect themselves based on their own measures of their risk and the risk of their environment.”In its memo, Walmart said that while vaccinated workers are no longer required to wear a mask, “we support and respect an individual’s choice to continue wearing one.”The retailer also noted that it would stop requiring daily health screenings as of the end of this month — except in California, New York and Virginia because of state requirements.The company also said its covid-19 emergency leave policy, which provided additional paid leave for coronavirus-related absences, would expire at the end of March.In the past week in the United States, new daily reported coronavirus cases have plunged 42 percent, while hospitalizations have dropped 18 percent, according to data tracked by The Washington Post .New daily reported deaths have fallen by 6 percent.Read more: How to decide whether to go maskless as states drop mandates Why some states are treating schools differently from other indoor spaces when weighing end of mask mandates CDC recommends people with weakened immune systems get booster doses after three months instead of five.

Mon Feb 14 , 2022
F ollowing a growing worldwide trend, the Canadian government is on the brink of announcing that it will be dropping the mandatory pre-arrival PCR Covid-19 test for travelers who can show proof that they are fully vaccinated, multiple Canadian news outlets report. In recent weeks, the number of countries nixing […] 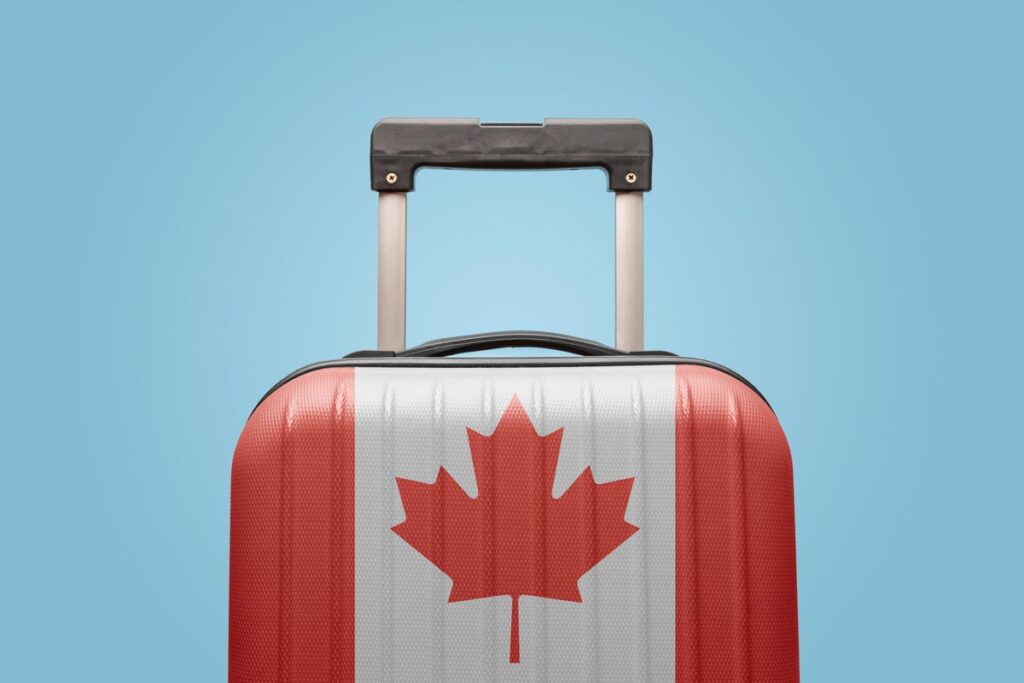