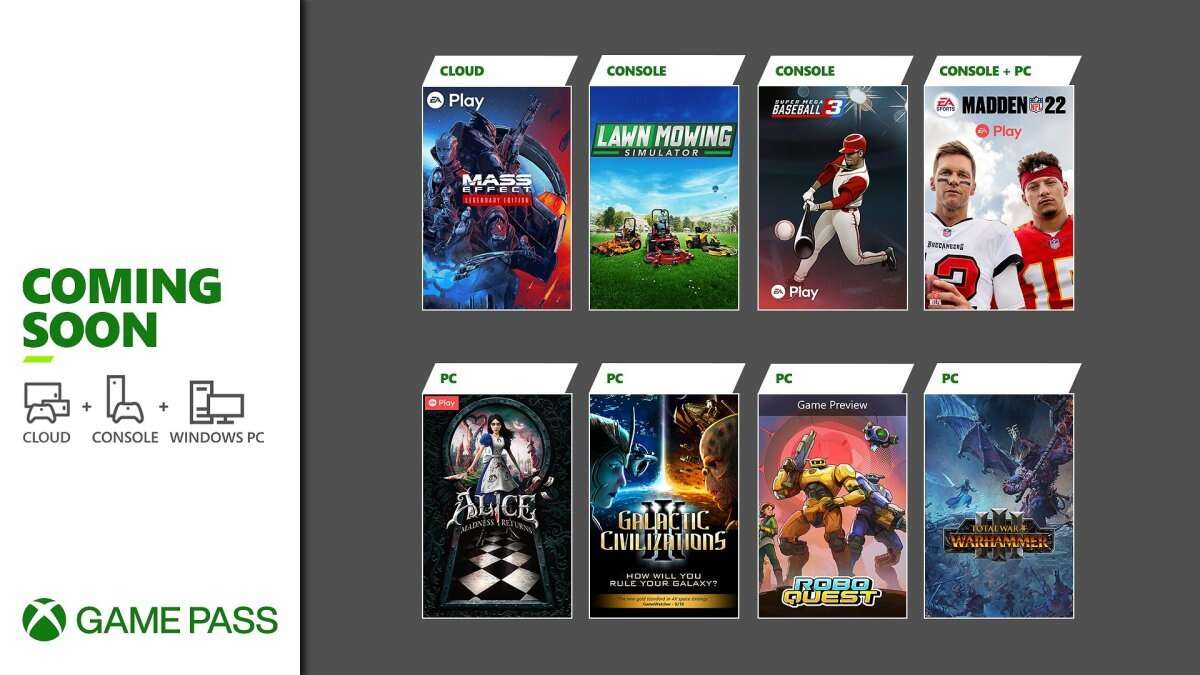 More games are headed to Game Pass before the end of the month.

The next wave of Xbox Game Pass titles were leaked and have now been confirmed, and there are a handful of games headed to the program by the end of the month.

Game Pass is adding more titles by the end of the month, including Total War: Warhammer III, Roboquest, Madden NFL 22, Super Mega Baseball 3, and Galactic Civilizations III.EA’s Alice: Madness Returns is coming to Game Pass on PC, too.Madden and Alice are available through EA Play, which is included with Game Pass Ultimate.

Additionally, Lawn Mowing Simulator, which is already on Game Pass for Series X and PC, is headed to Xbox One, while Mass Effect: Legendary Edition will be cloud-enabled this month.

The first wave of Xbox Game Pass titles for February 2022 had a whopping 10 games, including Ark Survival Evolved Ultimate Survivor Edition, Crossfire X, Contrast, and Telling Lies, among others.If the leak turns out to be true, Microsoft will add 15 titles to Game Pass in February 2022 overall.

The service is set to grow much bigger still, it seems, as Activision games may join the catalog if Microsoft’s acquisition of the Call of Duty company is approved.

Wed Feb 16 , 2022
Cyberpunk 2077’s long-awaited update optimizing the game for the PS5 and Xbox Series X / S will be available today.Patch 1.5 is a major update that’s available on all platforms, with big changes to gameplay alongside next-gen improvements for the Xbox Series X / S and PS5. The next-gen console […] 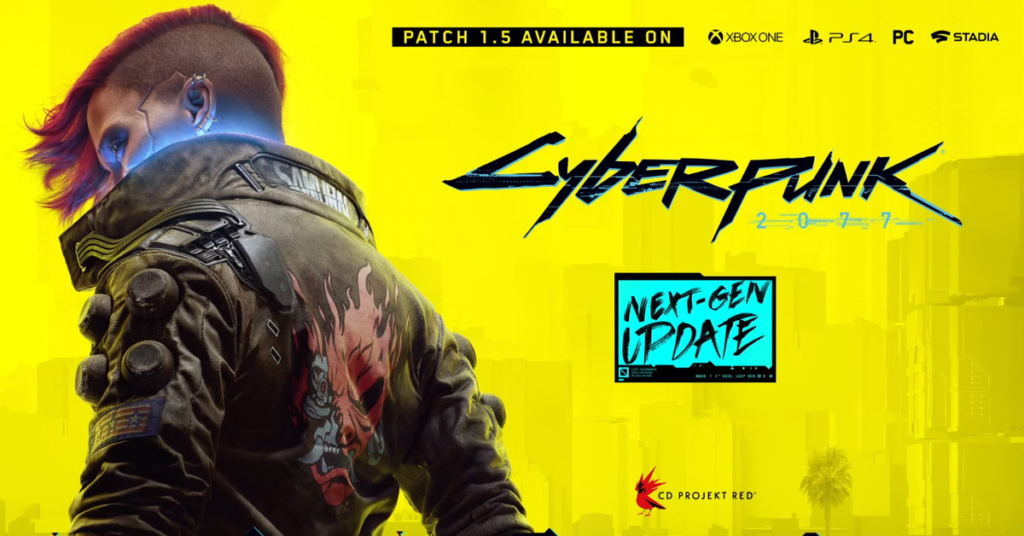