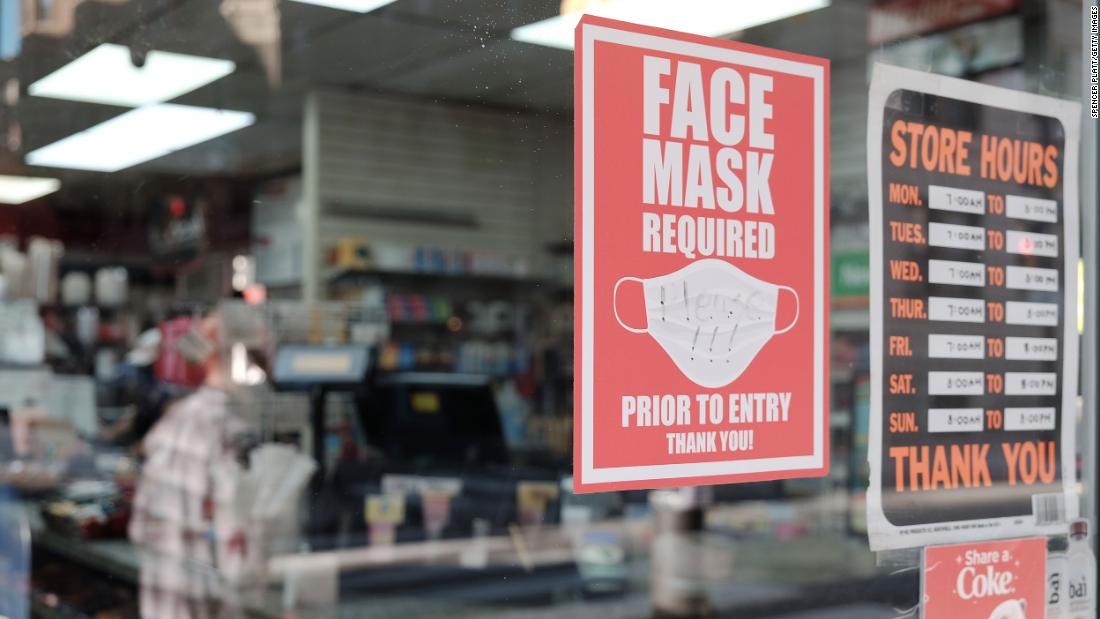 (CNN) Philadelphia will lift its mask mandate, less than a week after it was reinstated due to a rising Covid-19 case count.

The city’s Board of Health voted to rescind the mandate , which went into effect Monday, citing leveling numbers of cases and decreasing hospitalizations, the Philadelphia mayor’s office said in a statement Thursday.Philadelphia announced on April 11 that it would reinstate its masking requirement beginning Monday due to a rise in Covid-19 cases.It was the first major US metropolitan area to bring back its mask mandate after cities and states widely dropped their restrictions as cases began to trend downward in January.Instead of a mandate, the city will move to “strongly recommending” masks in indoor public spaces, Philadelphia Mayor’s Office Deputy Communications Director Sarah Peterson said in a statement to CNN Since the downward trends at the start of the year, states and localities have had varying levels of success keeping case numbers down, leaving some local officials to decide whether to bring back their previous restrictions.Cases are trending upward in more than half of states, though they remain relatively level in the US overall.Read More “Given the latest data, the Board of Health voted tonight to rescind the mandate,” Peterson said in the statement.”The City will move to strongly recommending masks in indoor public spaces as opposed to a mask mandate.” It is unclear when the mask mandate will no longer be in effect.Peterson said the city would release more details regarding the decision Friday morning.

Philadelphia is just one of many cities across the US weighing masking requirements, with some considering reimplementing them in light of rising cases.But moves toward such restrictions have often been met with resistance.After Philadelphia announced it would enforce a mask mandate, a group of business owners and residents filed suit against it.Philadelphia faces lawsuit over return of mask mandate CNN reached out to the mayor’s office and the health department regarding the lawsuit but has not received a response.According to the CDC , the Covid-19 community level for Philadelphia County — where the city of Philadelphia is located — is low.In such communities, CDC urges people to stay up-to-date on Covid-19 vaccinations and get tested if they have Covid-19 symptoms, but it does not suggest wearing masks.

Philadelphia has four levels of Covid-19 restrictions.Last week, the city moved to its second level, “Mask Precautions,” after cases increased more than 50% over a period of 10 days, according to Public Health Commissioner Dr.

Cheryl Bettigole.The second-tier restriction meant Philadelphians were required to wear masks in all indoor public spaces, but the mandate did not take effect until Monday..

What weapons has the US given Ukraine - and how much do they help?

Sat Apr 23 , 2022
What weapons has the US given Ukraine – and how much do they help? By Bernd Debusmann Jr BBC News Published 4 hours ago Related Topics Russia-Ukraine war Image source, Getty Images Image caption, A Ukrainian soldier holding a Javelin anti-tank missile system during exercises in 2021 The burnt-up wreckage […]