NY AG Tish James wants a court to impose a daily $10,000 fine on Trump for not turning over evidence to her office.Trump was ordered to deliver the documents to James’ office by the end of March but hasn’t yet done so.The Trump family is also fighting subpoenas for testimony in James’ wide-ranging civil fraud investigation.Sign up for our weekday newsletter, packed with original analysis, news, and trends — delivered right to your inbox.New York attorney general Letitia James’ office has asked a court to fine former President Donald Trump $10,000 per day because he hasn’t yet turned over evidence that a judge previously ordered him to, according to new court filings .

The AG is also asking that the former president be held in contempt of court, and for him to reimburse her office for the cost of Thursday’s filings.

In asking New York state Supreme Court Justice Arthur Engoron to set the $10,000-a-day fine, James adds that another dollar amount would also suffice, so long as it is “an amount deemed by the Court to be otherwise sufficient to coerce his compliance.”

Lawyers for the AG’s office had complained publicly just last week that out of 900,000 Trump Organization business documents she’s successfully subpoenaed in her three-year civil probe, only 10 came from Trump’s personal files.

But now Trump’s lawyers are insisting that “he would not produce any documents responsive to [her] subpoena,” James complained in Thursday’s filing.

That’s because Trump’s lawyers now say they “could not find any such documents,” the AG said in supporting papers also filed Thursday.

Engoron is presiding in Manhattan over James’ lengthy battle to get Trump Organization officials to comply with her subpoenas for both documents and testimony in her wide-ranging civil investigation into whether the Trump Organization broke tax, bank, and insurance laws.

But Engoron had also ordered Trump to give James’ office documents related to his statements of financial condition — statements that his now-former accounting firm, Mazars USA, said in February ” should no longer be relied upon ” amid James’ fraud investigation.

Engoron also ordered Trump to submit to a December subpoena for “documents and communications” related to the finances for a Trump hotel in Chicago, development for the Seven Springs Estate in New York, and Trump’s claims of personal wealth that he made to Forbes.

That evidence was due to be turned over at the end of March.

“Rather than “comply in full” with the Courts unambiguous directive by producing all responsive documents by March 31, Mr.Trump did not comply at all,”

Instead, Trump’s lawyers have only filed response papers objecting again to the document subpoena, she complained.

“This Court’s order was not an opening bid for a negotiation or an invitation for a new round of challenges to the subpoena,” her filing stated.

James is investigating whether people connected to the Trump Organization, including Trump himself, misstated the value of his properties in order to get the best possible terms when applying for loans and insurance coverage, and when filing his real estate taxes.

Trump’s own “custodial” hardcopy paperwork — those documents directly under his control — are key to gauging his possible involvement in any financial crimes, James has argued repeatedly.

Trump is notoriously computer averse, relying on printouts of emails and other communications in doing business, the AG has said.

“Mr.Trump’s assistants maintained his files in cabinets in the Trump Organization’s offices,” that filing continued.

Two attorneys handling the subpoena matter for Trump could not immediately be reached for comment.

This story is developing.Check back for updates.

UK Foreign Secretary Truss: 'Age of Engagement With Russia Is Over'

Fri Apr 8 , 2022
The UK has ended a decades-long approach towards Russia, saying the “age of engagement is over”.Foreign Secretary Liz Truss told counterparts they should adopt a more robust approach to Putin.It followed a new wave of sanctions meant to harm Russia’s economy.Sign up for our weekday newsletter, packed with original analysis, […] 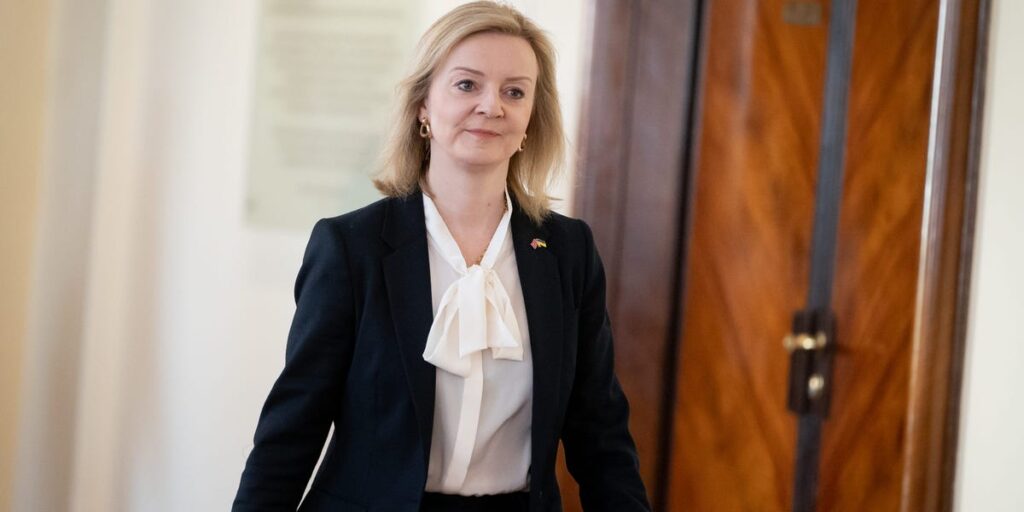