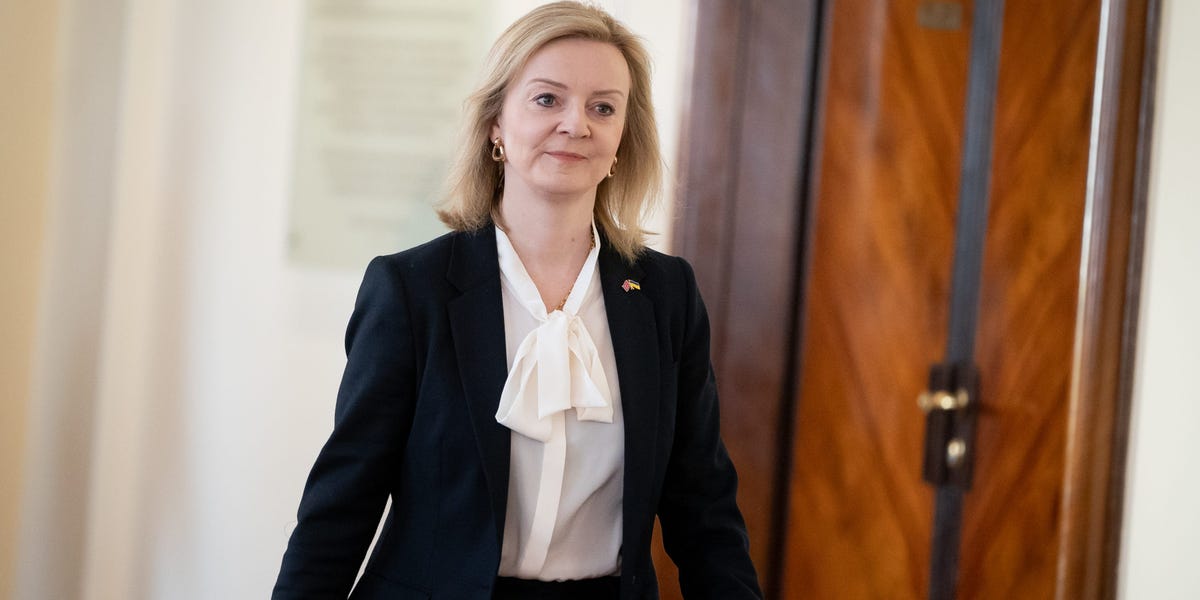 The UK has ended a decades-long approach towards Russia, saying the “age of engagement is over”.Foreign Secretary Liz Truss told counterparts they should adopt a more robust approach to Putin.It followed a new wave of sanctions meant to harm Russia’s economy.Sign up for our weekday newsletter, packed with original analysis, news, and trends — delivered right to your inbox.Loading Something is loading.

Email address By clicking ‘Sign up’, you agree to receive marketing emails from Insider as well as other partner offers and accept our Terms of Service and Privacy Policy .The UK’s Foreign Secretary on Wednesday declared that “the age of engagement with Russia is over”, recommending that the West instead pursue a strategy based on deterring Moscow.

Speaking at a dinner in Brussels Wednesday evening, Liz Truss, Britain’s Foreign Secretary, said it was time to cast off an out-dated approach to dealing with Vladimir Putin in the wake of his invasion of Ukraine.

“The age of engagement with Russia is over,” she told counterparts.

“We need a new approach to security in Europe based on resilience, defence and deterrence.There is no time for false comfort.

Russia is not retreating, but regrouping and repositioning to push harder in the east and south of Ukraine.”

For years, the UK and allies did engage with the Russian government, encouraging business ties, shared energy infrastructure and international cooperation.

This mostly continued after Russia invaded part of Georgia in 2008 and annexed the Crimea peninsula from Ukraine in 2014.

Russia has also been blamed for numerous killings on Western territory, including the 2018 Novichok poisonings in Salisbury, England, which caused the death of British civilian Dawn Sturgess and almost killed their intended targets, the double agent Sergei Skripal and his daughter.

Truss identified a particular treaty — the NATO-Russia Founding Act of 1997 — which she said was “dead” in light of the attack on Ukraine.

—Liz Truss (@trussliz) April 7, 2022 She urged foreign ministers to increase support for countries near Russia which could be future targets — such as Georgia, Moldova, Sweden, and Finland, as well as arming Ukraine “quickly and decisively” to “ensure Putin fails”.

Her speech followed further sanctions imposed by the UK over killings in Bucha and other areas near Kyiv which have been blamed on Russian troops.

The UK announced asset freezes against Sberbank and Credit Bank of Moscow, and a ban on all new outward investment to Russia.

The UK Foreign Office said in a press release that Truss would on Thursday use a meeting of G7 foreign ministers to argue for more measures against Russia, and for other countries to accelerate their timetables to stop using Russian energy.

3 Advertising Trends to Watch in 2022

Fri Apr 8 , 2022
These are boom times for digital advertising.While the pandemic decimated the economy, the job market, and consumer confidence, it seems to have done little to quash a bonanza in digital ad spending.We forecast the US digital ad market will reach $239.89 billion this year, up 13.6% from 2021. To help […]