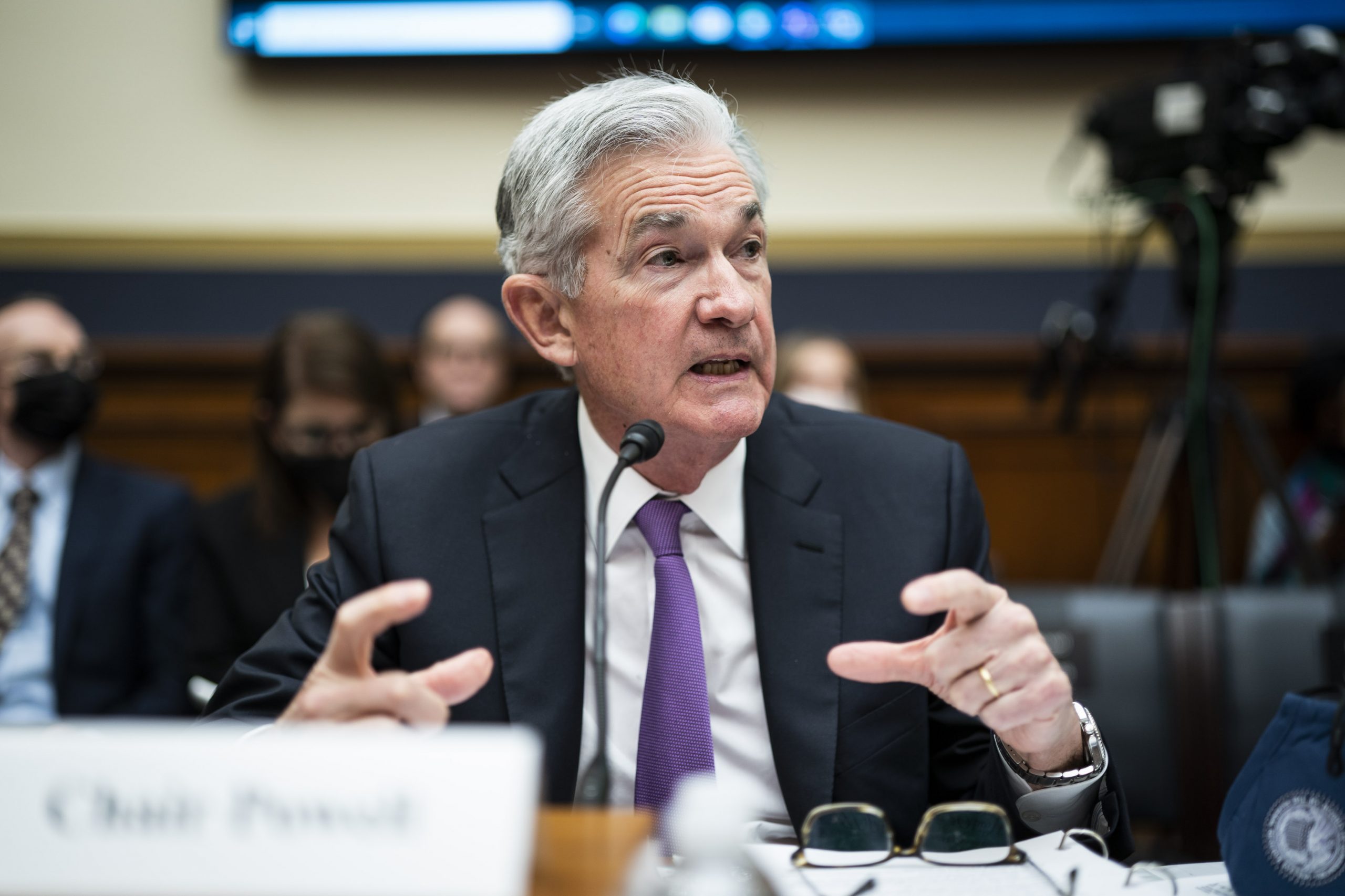 Over the past two years, as the Federal Reserve fought to rescue the economy from the clutches of the coronavirus , the central bank’s emergency remedies increased the nation’s money supply by an astonishing 40 percent.

That was almost four times as much new money as had been created during the two years that preceded the pandemic and, to some Fed critics, explains why the United States is experiencing its highest inflation since 1982.All that money chasing after limited supplies of goods such as cars, computers and furniture is inevitably bidding up prices, they say.The Fed agreed with that view the last time the United States had a serious inflation problem.In 1979, then-Fed Chair Paul Volcker clapped a lid on the money supply and drove inflation from a peak of 14.8 percent to 2.5 percent three years later, at the cost of two punishing recessions.But the current Fed chair, Jerome H.Powell, has dismissed claims that the Fed’s money-printing is fueling today’s price spiral, emphasizing instead the disruptions associated with reopening the economy.Like his most recent predecessors, dating to Alan Greenspan, Powell says that financial innovations mean there no longer is a link between the amount of money circulating in the economy and rising prices.“Now, we think more of just the imbalances between supply and demand in the real economy rather than monetary aggregates.

… It’s been a different economy and a different financial system for some time,” Powell said in December.Fed’s Powell may raise rates faster than predecessor The persistence of inflation, now running at an annual rate of 7 percent, has provided ammunition to conservative critics of the central bank known as “monetarists” for their adherence to the writings of economist Milton Friedman.Friedman, a Nobel Prize recipient, taught that “inflation is always and everywhere a monetary phenomenon,” and said central bankers should prevent the supply of money from growing faster than economic output.Robert Heller, who served under Volcker on the Fed Board of Governors in the 1980s, said Powell is erring by ignoring the lessons of that era.“Neglecting to pay attention to the money supply is again leading the Fed into dangerous inflationary territory — just like half a century ago,” he wrote via email.The Fed’s broadest measure of the money supply, called M2, is more than $21.6 trillion today, up from $15.5 trillion in February 2020.To ease credit during the pandemic, the central bank helped increase the money supply by buying nearly $5 trillion in mortgage-backed and government securities.The Treasury Department pitched in by borrowing trillions more to send stimulus checks to most Americans.But a big chunk of that new money wasn’t spent.

Instead, the financial institutions that the Fed paid for those bonds parked more than $2 trillion in their accounts at the central bank while American households banked much of their stimulus checks and now sit on an estimated $2.7 trillion in savings.That’s one reason that the Fed’s money creation isn’t driving inflation, according to many economists.Yes, there is a great deal more money stored in various forms.But it is moving through the economy more slowly than at almost any time in 65 years.“The money supply went up, but the velocity went down,” said former Treasury official David Beckworth, now with the Mercatus Center at George Mason University.“They’ve parked it.

They’re not spending it.”Before Volcker changed course in the 1980s, the Fed set targets for the money supply to grow roughly in line with economic activity.If the amount of money available to the public — currency, coins, checking accounts and certificates of deposit — exceeded the target, the Fed would raise interest rates to cool things off.If the money supply grew too slowly, the Fed could cut rates to spur economic growth.But for at least the last three decades, Fed chiefs have tracked prices and the labor market rather than the money supply to determine whether interest rates should be raised or lowered.After saying throughout 2021 that inflation would prove “transitory,” Powell in the last few months has grown more alarmed about rising prices.Speaking last month to reporters after the Fed’s most recent policy meeting, he signaled that the central bank would probably raise its key interest rate as soon as March.At almost every appearance on Capitol Hill over the past year, Powell has been prodded by Republicans about the surge in money.During a January Senate Banking Committee confirmation hearing for two Fed nominees, Sen.

John Neely Kennedy (R-La.) complained about “too much money chasing too few goods.”Powell told a House committee in December that the once-strong link between the money supply and inflation “ended about 40 years ago.” Financial deregulation and innovations such as interest-bearing checking accounts and mutual funds meant that traditional measures of the money supply no longer provide reliable signals of future price trends.Determining how much “money” exists at any moment is harder than it sounds.Depending upon the circumstances, “money” can mean actual dollar bills, travelers’ checks, money market mutual funds or even Treasury bills.Not all can be immediately used in a business or consumer transaction, making it hard to predict their economic consequences.“You saw a whole set of innovations in the banking industry that made it almost impossible for the Fed,” said Dean Baker, senior economist at the Center for Economic and Policy Research.“It’s an exercise in futility.”Powell’s stance reflects mainstream economic thinking.

But a determined monetarist faction insists that the Fed should develop new tools to track how much money is being created.Steve Hanke, a professor of applied economics at Johns Hopkins University, said the extra funds that the Fed has pumped into the economy are causing an inflationary reaction that will linger longer than the central bank expects.Once the pandemic passes, all the funds that consumers and financial institutions are sitting on will start to circulate again, driving prices higher, he said.The money supply is growing at a 13 percent annual rate, which until the pandemic was the fastest growth since the late 1970s.Even if the Fed acts quickly to cut that increase in half, annual inflation will top 6 percent through 2024, said Hanke.“It’s like a doctor.If you have a defective thermometer, your prescription could be way off,” said Hanke.

“The Fed’s thermometer is defective.”William Barnett, an economist with the nonprofit Center for Financial Stability, developed an alternative measurement of money supply called the Divisia series while working for the Fed in the Volcker years.Unlike the Fed gauge, which simply totals up all the different types of money, Barnett’s measuring stick gives greater weight to those that are more “liquid,” or available for immediate use.Here’s another thing the pandemic has screwed up: economic forecasts Yet even Volcker, who pioneered the use of monetarism at the Fed, ultimately abandoned a strict reliance upon money supply growth in managing the economy.In his inflation fight, Volcker in 1980 raised interest rates to 20 percent.The public outcry was fierce as mortgages became virtually unaffordable and joblessness swelled.

Home builders famously mailed two-by-fours to the Fed’s Washington headquarters in protest.Two years later, with unemployment approaching 10 percent, Volcker reversed course.Although money supply growth had been above the Fed’s target for most of that year, he agreed to cut interest rates rather than raise them as monetarism demanded.Several years later, when low interest rates encouraged Americans to move their money from traditional savings accounts and CDs into mutual funds that offered higher returns, the Fed ditched its remaining monetary indicator.Those new investment funds were not counted in the Fed’s broader measure of the money supply known as M2.So, even as the economy grew rapidly, the Fed’s money supply gauge — which overlooked the popular investment funds — was signaling recession.“The historical relationships between money and income, and between money and the price level have largely broken down, depriving the aggregates of much of their usefulness as guides to policy,” then-Fed Chair Alan Greenspan told Congress in 1993.To all but the monetarists, the years after the end of the 2008-2009 recession cemented that verdict.The Fed’s broadest money supply measure rose by about 45 percent from the start of 2010 to the end of 2015, significantly faster than the growth in economic output.Yet consumer price inflation began that period at 2.6 percent and ended it at 0.7 percent — the opposite of what monetarism would have predicted.Hanke said the problem lies with the Fed’s metrics: The Divisia measure shows that the money supply grew much less during that period than the traditional data suggests.

But he acknowledges he has made few converts at the central bank.“We’re talking a different language,” he said..

Serves You Right, Spotify: Why Some Musicians Are Happy the Heat Is On - Variety

Mon Feb 7 , 2022
Serves You Right, Spotify: Why Some Musicians Are Happy the Heat Is On (Guest Column) Kay Hanley, frontperson for Letters to Cleo and co-founder of a songwriters’ activist group, writes for Variety about why musicians’ response to the Joe Rogan controversy makes her hopeful about other cries for change. By […] 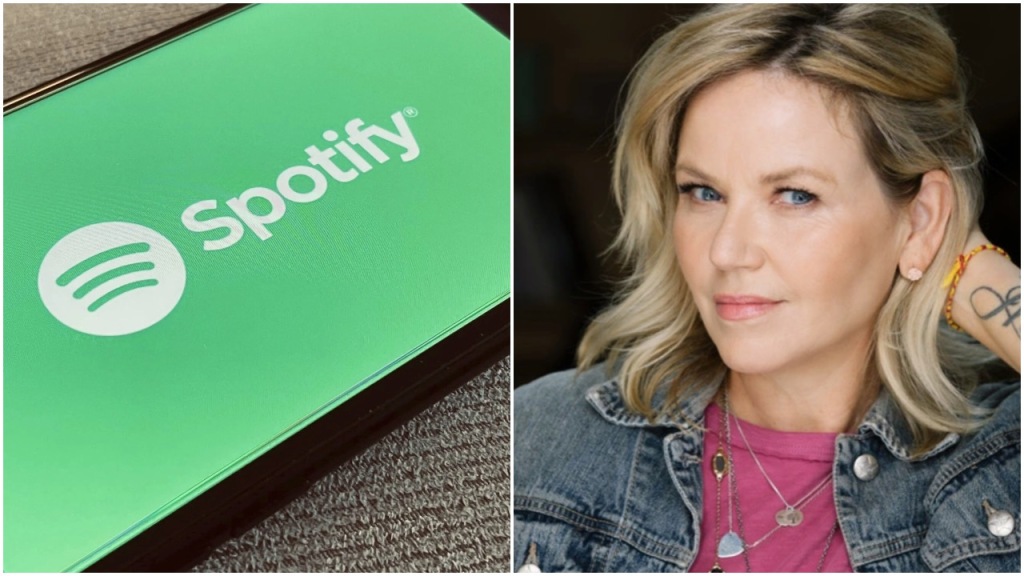