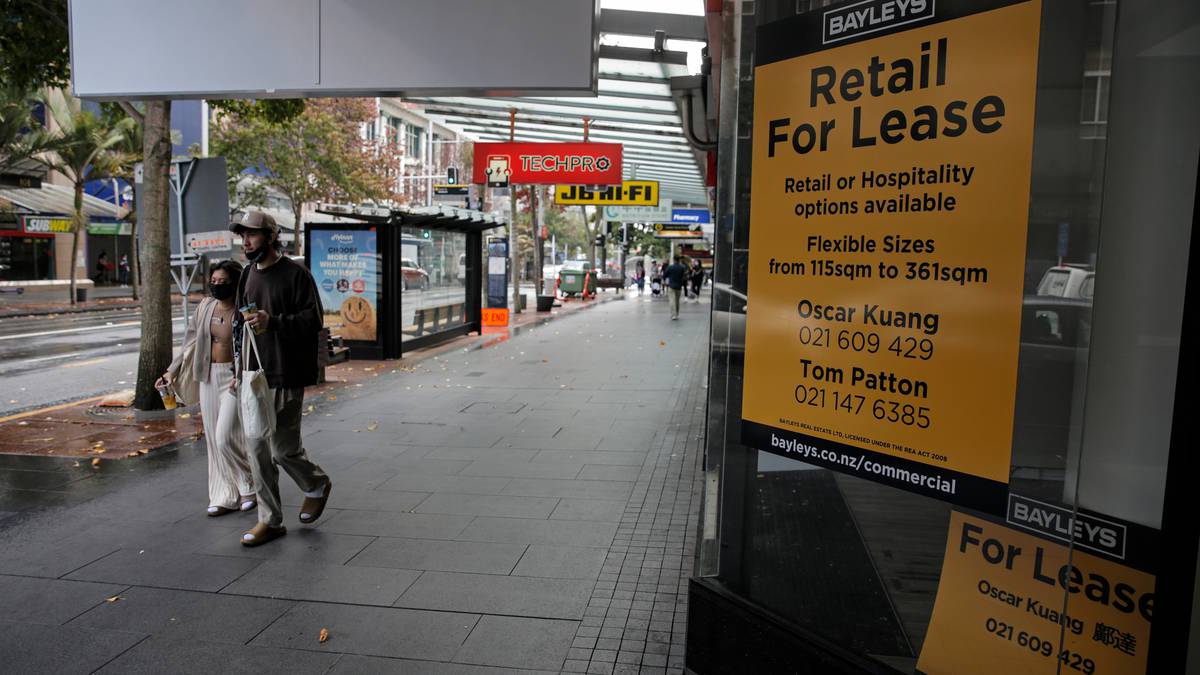 The amount of shop space up for lease in Auckland’s CBD is the highest it has been since the mid-1990s as struggling retailers ditch the city.

The new figures, released exclusively to the Herald on Sunday as part of our series, the Great Hybrid Return to Work, showed strip retail vacancy rates soared 13 per cent in the two years since before the pandemic.

And the increase – from 1.4 per cent to 14.4 per cent – was recorded by Colliers NZ before the summer holidays and this year’s Covid-19 Omicron outbreak, which further delayed the expected return of some shoppers and office workers to downtown Auckland after last year’s 107-day Delta outbreak lockdown.

Strip retail is when shops are sited next to each other in the traditional town centre style common in New Zealand before malls were invented.

“[The 13 per cent increase] is the highest we’ve recorded in our twice-yearly survey since the mid-1990s,” Colliers head of research Chris Dibble said.

“Again, similar trend to office [vacancy data] though, high quality, well positioned retail as well as malls are outperforming in the CBD.”

The doubling of office space for lease in central Auckland since before the pandemic signalled an unprecedented change in the way we work, with some big businesses confirming they’ve shrunk traditionally large headquarters so workers can work some or all days from home.

Advertisement Advertise with NZME.Some major Wellington companies and public service departments have also confirmed the switch to hybrid – some days working at home and some in the office.

Chris Dibble is head of research for Colliers New Zealand.Photo / Supplied While workers embrace the freedom and flexibility of fewer days travelling from home to office, their vanishing act has been wearing thin for Auckland CBD business owners, already under pressure after two years of border closures also keeping out tourists and foreign students.

Queen St-based jeweller Philip Lin, in business 20 years, was now making a loss and desperate to see people back in central Auckland.

Sales at Queen’s Jewellery are down 60 per cent and he’s started opening only in the afternoon.

“There’s no business here … nobody can make a profit in the city centre.”

But downtown’s loss has been suburbia’s gain – Retail New Zealand said businesses in some suburban centres had seen a rise of up to 15 per cent in sales as workers popped out of their home offices and into cafes for a coffee or to meet clients and use the free Wi-Fi.

Since Kinship opened on Lake Rd early last month, the 21-year-old had been busier than she could imagine.

Some customers were using the cafe to meet clients, or as a work-space away from the home.Others were working from home and came for their coffee after morning Zoom calls.

“They don’t have the commute so they have time to come in and grab a coffee or have morning tea.”.

Sun Apr 17 , 2022
New Delhi: As the counting for the bypolls on the Asansol Lok Sabha seat and Ballygunge Assembly constituency continues in West Bengal, the Trinamool Congress (TMC) is all set to strike victories in both the constituencies.As per the latest trends, TMC candidate Shatrughan Sinha is ahead of BJP’s Agnimitra Paul […]