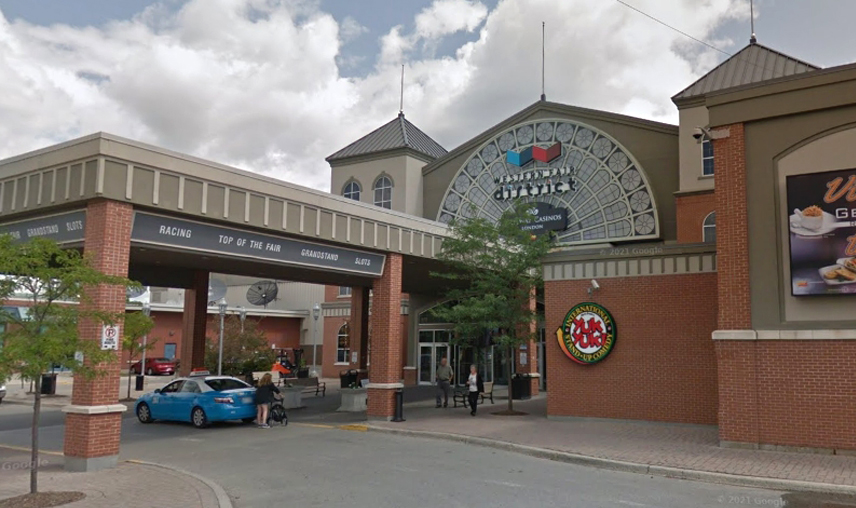 After a decade of laughs, the Yuk Yuk’s comedy club at London’s Western Fair District will officially close its doors at the end of the month.

The move comes as part of a wider strategy shift by the district to move away from entertainment and focus more on agri-business, said Greg Blanchard , director of sales and retail operations for the Western Fair District, which operates the Yuk Yuk’s franchise.

“The Yuk Yuk’s franchise came here about 10 years ago, and … it really aligned well with our strategy at that time to become an entertainment district,” Blanchard said.

“But the impact to businesses in the last couple of years, and coming out of the pandemic really gave us an opportunity to refocus on our agricultural history and our mandate, and focus on these new agri-business initiatives,” such as The Grove , he said.

Yuk Yuk’s has been operating out of the Western Fair District’s Grandstand Building since December 2011 after the previous location, run by a different franchisee, closed at the corner of Wellington and York streets.

“We had to leave the old place because pieces of masonry were falling from the ceiling and falling into people’s drinks and the people wouldn’t let us charge extra for it,” Yuk Yuk’s founder, Mark Breslin, joked to the London Free Press days before the new location opened.(The building was later demolished by the city in 2018 after standing vacant for several years.)

At the time the Yuk Yuk’s opened, the Western Fair had been undergoing a number of changes as part of a multi-million-dollar, multi-year facelift announced months earlier.The plan saw the grounds take on a new name, the Western Fair District, with the hopes the area would become a top entertainment destination.

Ten years later, it was time for a change, Blanchard said, adding its hoped that a new Yuk Yuk’s will open at a new location, with a new franchisee at the helm, in the near future.

“It’s hard to believe 10 years has gone by so quickly,” he said.

“And it’s not to say that entertainment won’t still be a big part of what we do here at the district, but our overall focus has really shifted more towards the agri-business concept.”

Global News has reached out to Yuk Yuk’s and its founder and CEO Mark Breslin for comment.

Blanchard was asked about the decision to close the club at a time when pandemic restrictions are lifting in the province, including around capacity.A provincial mask mandate is set to end on Monday.

“The reason behind it really is a long-term business strategy for the district.

It was just something that had been talked about and deliberated over for quite some time, but now was the time,” he said.

“I think it’ll give the Yuk Yuk’s brand a good opportunity to source a new location in the city.We’ll help in any regard we can, and … we think that it won’t be long before they find a new home in London.”

Some of the notable comedians who have passed through the doors of its clubs over the years include Robin Williams, Jim Carrey, Norm MacDonald, Dave Thomas, Sandra Bernhard, Steven Wright, and Russell Peters.

The Federal Election Commission slapped Marathon Petroleum Corporation with a $85,000 fine after it illegally contributed $1 million to 2 Republican PACs

Sat Mar 19 , 2022
The Federal Election Commission hit Marathon Petroleum Company with a $85,000 fine in February.Because Marathon has contracts with the federal government, it’s barred from making political contributions.The oil refinery and transportation company give $500,000 apiece to 2 Republican political committees.Sign up for our weekday newsletter, packed with original analysis, news, […]