The French supermarket chain Auchan will keep its stores in Russia open.The retailer’s CEO told Le Journal du Dimanche that its “primary mission” was to feed both Russia and Ukraine.Ukraine’s Foreign Minister, Dmytro Kuleba, called for people to boycott the brand in a tweet Sign up for our weekday newsletter, packed with original analysis, news, and trends — delivered right to your inbox.Loading Something is loading.

Email address By clicking ‘Sign up’, you agree to receive marketing emails from Insider as well as other partner offers and accept our Terms of Service and Privacy Policy .French retailer Auchan said it will keep its operations in Russia running as normal, newspaper Le Journal du Dimanche reported on Saturday, despite calls for the company to shut its stores amid the ongoing Russian invasion of Ukraine.

In an interview with the newspaper, Auchan’s CEO, Yves Claude, said the brand would remain operational in both Russia and Ukraine.

“The most important thing for us is to protect our employees and ensure our primary mission, which is to continue to feed the populations in these two countries,” Claude told the paper.

He also said that pulling out of Russia would risk “expropriation,” while transferring its assets to a third party would simply bolster the local economy and would not bring peace.

The retailer’s decision to keep the brand operational in Russia comes as more firms temporarily close stores in the country.

Retail giants such as H&M, Starbucks, and IKEA have all suspended operations in Russia in the weeks since the invasion started on February 24.

The supermarket giant’s sister company, Leroy Merlin, which sells homeware and gardening goods, recently stated that it planned to expand the number of products on offer at its Russian stores to fill the gap left by brands who have pulled out.

Representatives from Auchan and Leroy Merlin did not immediately respond to Insider’s request for comment when approached on LinkedIn.

Ukraine’s foreign minister, Dmytro Kuleba, called for a boycott of Auchan on Sunday, tweeting: “Apparently, job losses in Russia are more important than the loss of life in Ukraine.”

Auchan has around 30,000 employees and over 200 stores in Russia, per Reuters.

The company generated 3.2 billion euros, or around $3.5 billion, in sales in Russia last year, making up 10% of global sales, according to Bloomberg.

Retailers still operating in Russia have come under pressure to close stores, including from Ukrainian officials.Ukrainian President Volodymyr Zelenskyy previously criticized Auchan, alongside Swiss food conglomerate Nestlé, for using “cheap PR” to defend their decision to operate in Russia.

Nestlé recently stated that it will remove some brands from Russia , but will keep supplying “essential food” there.

Russian officials have threatened to seize the assets of Western companies that leave the country, and nationalize foreign business units that are left behind.

Tue Mar 29 , 2022
SINGAPORE ( THE BUSINESS TIMES ) – Singapore is the third most expensive market for flexible offices in the world, coming behind two cities in the United States, New York and San Francisco. New York tops the ranking with private office desk spaces costing an average of US$961 (S$1,307) a […] 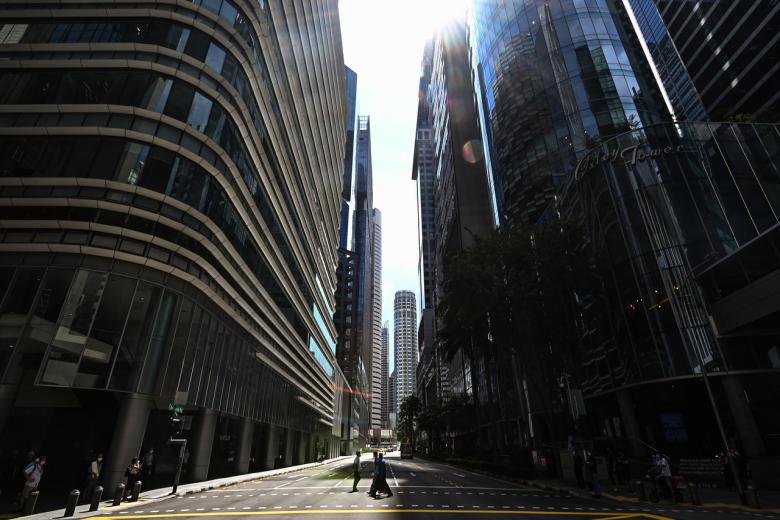