While members of the medical community have spoken out against Scott Moe’s plan to scrap vaccine requirements by the end of February, some voices in Saskatchewan’s business community are more optimistic about the news, even though some questions remain.

The proof of vaccination or negative test mandate started in the province in October 2021, requiring non-essential establishments including bars, concert venues or movie theatres to check patrons for their COVID-19 vaccination status.

An end of the policy would be welcome news for the hospitality industry, according to Jim Bence, the president and CEO of Hospitality Saskatchewan.

“Ever since the policy has been put into place, it’s been extremely difficult,” Bence said.

“That would be one of the measures that can be lifted that would certainly, I think, encourage people to get back out and spend money.That’s what we need right now.”

It has been a difficult time overall for the industry, whether it’s Omicron, the severe cold, or the proof of vaccination requirement, according to Bence.

“We are so very short staffed,” he said.”This would allow us to have another hand on deck.”

While Bence hopes more customers will want to come back out once the proof of vaccination mandate is dropped, he said the industry also wants to move away from the policy in a safe way.(CBC) Saskatoon restaurant owner says end of policy not a topic at his pubs In Saskatoon, the co-owner of the Rook and Raven and the Yard and Flagon says the end of the mandate has not really been a topic among staff or customers.

Arno Oldach said the teams at the two pubs never experienced any issues with people who were not vaccinated trying to come in.

Working with the regulation “has become so second nature,” he said.

Oldach spoke with CBC in 2021 when provincial vaccine requirement program began .He said then that business had slightly slowed since the rules came into effect.

Retailers, restaurants short staffed as Omicron spreads in Sask.Sask.premier plans to scrap proof of vaccination requirement by end of February On Tuesday, Oldach said he doesn’t know if dropping the policy soon will be a good or bad thing.

“I think everybody is just so worn out.”

The policy was going to come to an end sometime, he said.

Oldach would love to see people come out and support local restaurants, but said he also understands residents who are concerned about going out during the Omicron wave.

More information needed, says chamber of commerce CEO in Saskatoon Chelsea Galloway agreed with Bence and Oldach that the tourism and hospitality industry is far from recovered.

The chief tourism and visitor growth officer with Economic Development Regina said she can’t speak on behalf of individual businesses, since her agency is not a membership-based organization, but she recognizes that people are still quite divided about what direction the province should take.

“Whatever efforts are happening to be able to reopen safely is good news for our industry,” said Galloway.

“Time will tell if this new announcement, you know, has a positive impact on our industry.”

COVID-19 in Sask.: Province tops hospitalization record, 1 new death Tuesday In Saskatoon, the local chamber of commerce wants more information from the government on what the lifting of the vaccine requirement program would look like for businesses.

This week the organization started gathering feedback from members through a survey, according to Jason Aebig, CEO of the Greater Saskatoon Chamber of Commerce.

The premier’s plan to lift the vaccination mandate this month is “a signal that we are entering now a different phase of this pandemic,” Aebig said.

However, there are still some outstanding questions, according to Aebig.

“If in fact we are transitioning away from this mandate, we want to make sure that that’s done in the most seamless and smooth way possible,” he said.

“We don’t want a scenario where in the lead-up to the phasing out of the mandate there are still unanswered and open questions on logistics and technology and legislation that will leave business owners and operators scratching their heads.”

For example, Aebig wants to know what businesses that might want to keep a vaccine verification policy in place can do without potentially facing legal challenges, he said.

“We’re looking for clarity, permanency and applicability across all sectors,” he said.

“We should avoid a scenario where we transition away from this mandate and then find ourselves having to reimplement this mandate several weeks or even months later.”.

Sat Feb 5 , 2022
President Joe Biden’s list of Russian billionaires who’d be subject to sanctions for aggression in Ukraine hasn’t been made public.With the help of experts and our own valuations, Forbes has identified who they probably are. At least nearly a dozen billionaires, cronies of Russian President Vladimir Putin, have already been […] 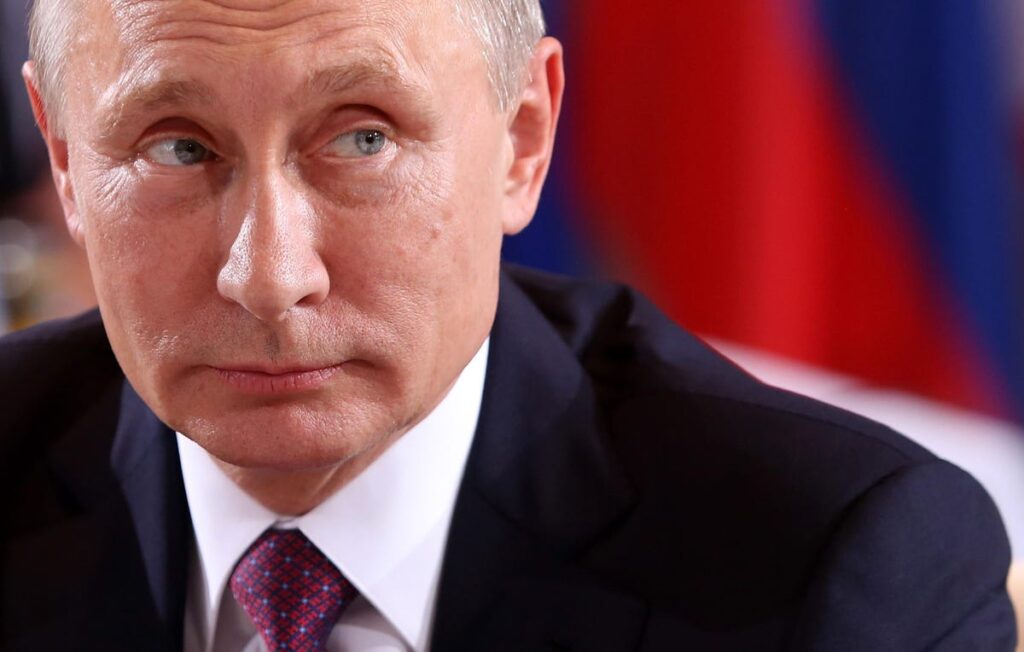