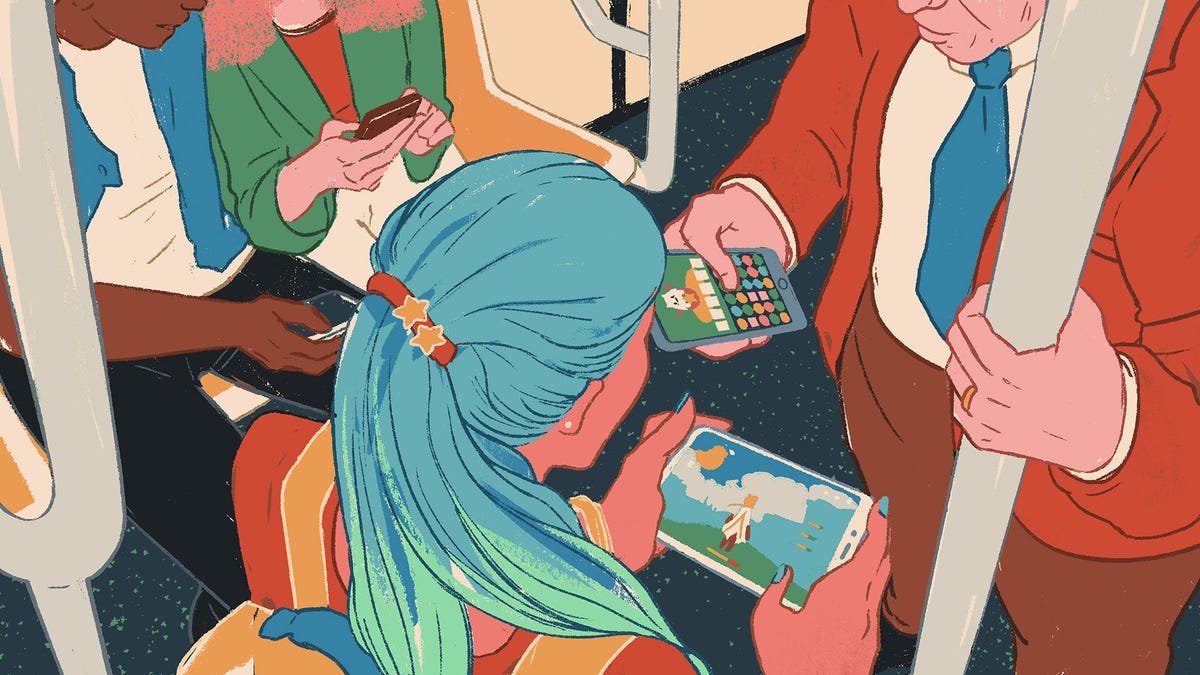 Mobile gaming is the largest segment of gaming by revenue , yet it’s also one of the most misunderstood by self-identified “gamers.” I know this first hand because for several years, I played games on my phone more frequently than I did on PC or console.I found gacha games mechanically fun, had other friends who played them, and felt the same sense of achievement in “raising” my characters as I did in any Pokémon game.

Except they weren’t something I really talked about.In the gaming community, anime gacha games were seen as cheap lotteries for people with more anime thirst than sense.Yet that description fit none of the gacha players I knew in real life.They were programmers and administrative assistants.

They were college students and school teachers.And many of them were masterful strategists in the games they played.

Advertisement Despite being popularly maligned as “casual,” many mobile game players track in-game events, min-max using custom tools, and study the tactics of streamers to improve their gaming prowess.They think about mobile games on a deeply strategic level, and the games they were playing required just as much investment as the games played by mainstream console players.

This is because fully leveling a character in a gacha game can take anywhere from weeks to months.

And not all of the leveling materials could be collected every day.It’s common for one type of material to only be farmable on Mondays, and a different material farmable on Tuesdays.

Screenshot: miHoYo / Kotaku One Genshin Impact player I spoke with even created their own spreadsheet for “raising” their characters.Each character only has two abilities, which makes the game look deceptively straightforward.It’s not.

Characters have unique synergies with other party members, and characters can be built differently with the use of equippable “artifact sets.” Building powerful characters in Genshin is as much about long-term planning as it is about skilled button mashing.

Advertisement “I keep my own spreadsheet that I made, [which is] color coded, and it’s got all my characters and their levels and their current progress with talents, upgrade materials needed for each character, and weapons.And then it has a second page with their artifact sets, which lets me get all the stats…Just looking at it all in one place, I get a really clear sense of where I’m lacking.”

Besides having to understand character placement and the flow of real-time battles, Arknights players have to figure out a strategy for increasing their characters’ levels.Like the spreadsheet-using Genshin player, Jesse liked to actively plan around improving their Arknights characters’ abilities by using community-made tools.Such tools aren’t strictly necessary for playing the game (I don’t use them), but they are an indicator of regular commitment to playing these mobile games.

“I’ll sometimes look at stats and use the Game Press planner , [which helps] plan out your operators and promotion,” said Min.“And I’ll just spend time sort of like making a plan in my head for how to promote my next operator…usually it’s someone who’s new and needs a lot of work to bring up to my current squad.”

Obtaining new characters in Arknights involves a lot of strategizing even for the vast majority of players who don’t spend anything on its microtransactions.Beyond its premium gacha system, the game also has a purely free gacha that allows players to use “recruitment permits’’ to obtain randomized characters.By combining specific fighter characteristic tags such as “AoE” and “healer,” a player can improve their odds of obtaining a specific character (or ensuring a higher rarity drops).

Advertisement Min and Jesse were dedicated to maximizing these permits even after they collected all of the characters.

Not content to simply collect every character through the free gacha, Jesse even aimed to maximize the rare tags to get enough currency to buy out the free shop every month.

Min not only used a fan-made calculator , but had a lot of the information memorized.

“But for the ones I don’t have memorized, I’ll look at Aceship ,” they said.“For a lot of the farming stages for the materials I generally farm, I have those stages memorized.There used to be this spreadsheet that helped me.”

Screenshot: Hypergryph / Kotaku Advertisement It’s worth noting that there are 25 different tags in the free gacha, and 25 different farmable materials.

While gacha games usually make it easy to access this information in-game, players often end up internalizing multiple complex economic systems to play well, as well as knowledge like what rare materials aren’t farmable at all, and must be exchanged through a combination of lower-rarity materials.

When I spoke to Arknights players, they didn’t seem to realize how authoritative their gaming knowledge actually was.I’ve played Arknights on a weekly to daily basis for almost half a year, and I can’t recall rare tag combinations off the top of my head.To long-time players, these game “rules” came naturally, just like how I can instantly recall a Pokémon type chart.But they became experts without the likes of GameFAQs, IGN guides, and official strategy guides.

In their absence, community guide makers and streamers fill the void.Arknights players that I spoke to cited KyoStinV , Eckogen , I Love Amiya , and kukkikaze as streamers who had helped them through difficult content.

One player, Natalie, liked to watch guide videos, but they also enjoyed watching streamers like 777ucky and IronCobra undertake challenges, including some based on the “ Nuzlocke ” permadeath rules popular among Pokémon players.This culture of community-made guides exists across other mobile games, too.Olivia, an interviewee who plays the gacha rhythm game Love Live! School Idol Festival, told me she used a combination of wikias, fansites, and Reddit pages to clear in-game content.

However, Min had very strong feelings about players who over-relied on YouTube guides instead of learning the game.

Advertisement “Some people rely too much on [guides] and don’t know how to think strategically about what they’re doing…” they said.“The way [one YouTuber] explained it helped me be like: I should probably be thinking about this for myself, because the fun of Arknights comes from doing your own strategy.”

On one account, they’re very dedicated to leveling the best characters in the game and clearing it as quickly as possible.On their second account, they use less-powerful units to learn how to play unique strategies.

Most of the players I talked to typically play for a couple of hours a day, and are very consistent about making mobile games part of their daily routine.

Screenshot: KLabs In light of the lengths that some went through to optimize their gaming experience, I was curious about why they didn’t consider themselves “gamers.” Their answers give a fascinating view into what “gaming” means to players who don’t identify with the label.

For Jesse, the gaming community was known to be unwelcoming to those who played mobile games like they did.“The games I play are single-player, casual, and the kind of thing that gets looked down on by gamers.”

A couple of players mentioned concerns about “only” playing one game, as opposed to having played a wider variety of games.For context: live-service mobile games can be such a time sink that it’s very difficult to maintain multiple ongoing games.Myself, I’ve made a compromise in order to keep up with several mobile games: I’ll only log in during major events or story updates.But all of the players I spoke to were logging into their favorite game every day.

Advertisement Other interviewees mentioned not having the time to play console games as frequently as they would like to.

Natalie explained why they didn’t identify with gaming despite having owned a Nintendo handheld.

“My priorities are different,” they said.“When the Switch came out, a lot of people got it right away.I still don’t have a Switch, and I’m behind the times.I still play games I got 15 years ago, I still have my [Gameboy Advance], and the games still work.I’m not up to date, I don’t anticipate releases or consoles, and I’m not into the hardware thing.”

I was a little caught off-guard by this assertion, since all of my interviewees regularly kept up with in-game events.

And since the system for obtaining new characters in a gacha game is randomized, they knew parts of the gameplay meta better than I did.Despite Natalie’s claim that they didn’t keep up with gaming news, keeping up with gaming news and discussions was the only way to know which resource-intensive characters were worth investing in.

Advertisement These mobile players fulfill the basic definition of what “gamers” are.The complex mechanics casual gamers track and strategize are so influential, most self-identified gamers are already learning or adapting them as top “hardcore” franchises pivot to free-to-play models.Yet members of the hardcore “gaming” community often seem to define themselves by the consoles they own, as seen in the perpetual “wars” between Xbox and PlayStation fans.

I get why mobile games garner a bad reputation.All of the most popular ones have microtransactions , leading “hardcore” gamers to worry that they’ll erode traditional single-player games.And I believe it’s important to stay critical about how free-to-play is implemented.

But for too long, the media discussion of mobile gaming has ignored the human component: the actual players.

Each mobile game has millions of players with their own triumphs and defeats, their own language, and their own community norms and behaviors.Mobile players have slightly different habits compared to PC and console players, but they are gaming on their own terms.

Their games aren’t inherently inferior, and they’re consciously choosing to play games that fit into their busy lives.It’s time that PC and console players learn to respect that. 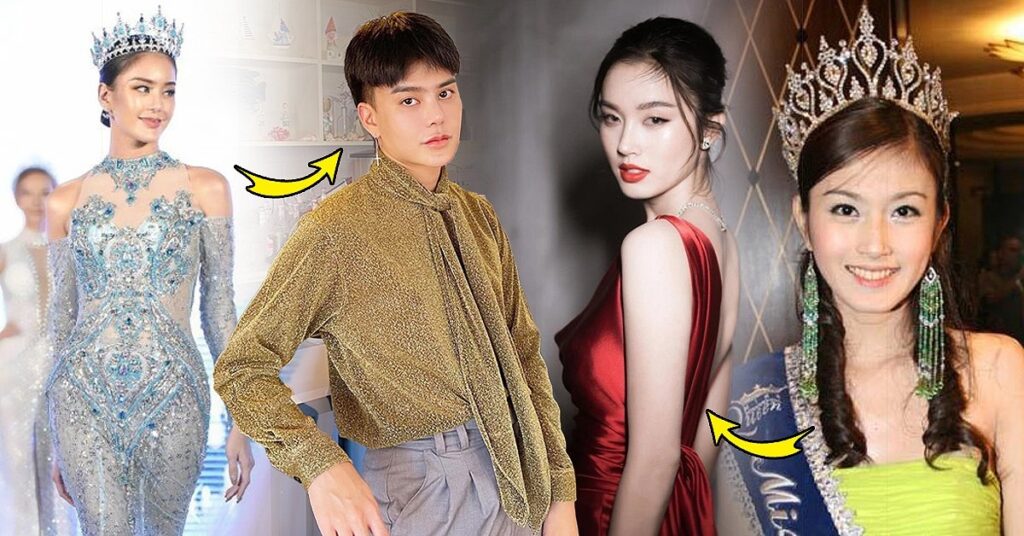