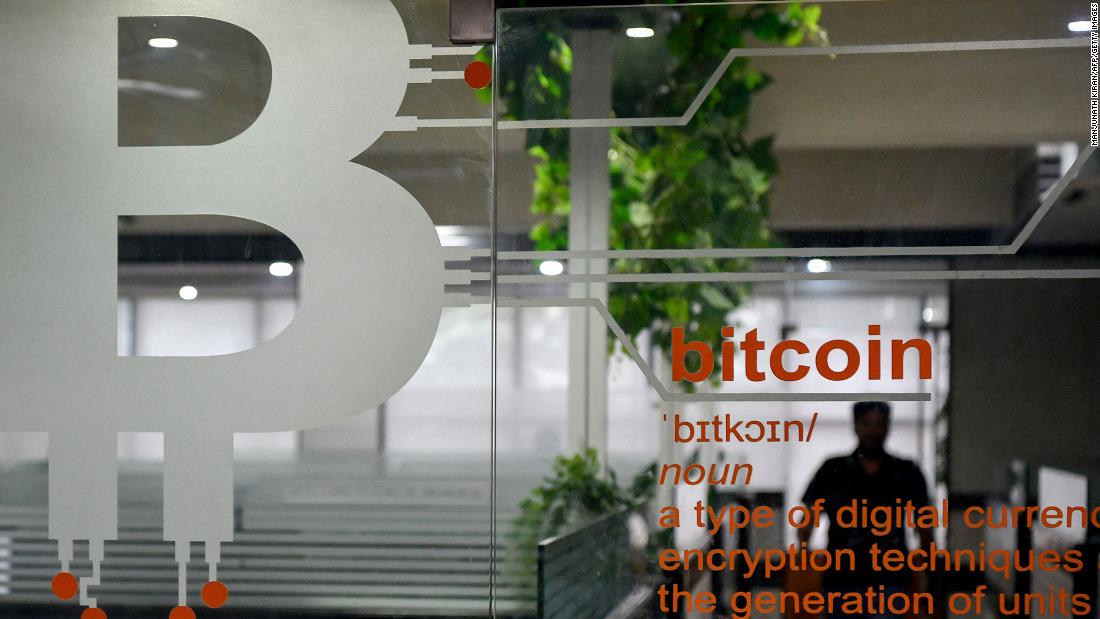 New Delhi (CNN Business) Indian businesswoman Swati Daga first bought bitcoin in 2017, when the cryptocurrency was trading well under $3,000.Her decision to invest in digital currencies was met with wariness by her family, she recalls.

“The elders in my family told me not to throw my money away,” said Daga, who runs a food business near New Delhi.But the 33-year-old hasn’t regretted her decision — bitcoin’s value has increased 15 times since then — and she continues to invest as much as 10% of her savings in cryptocurrencies, including bitcoin and ethereum.”I find stock markets boring,” she told CNN Business, adding that she enjoys the “thrill” and “recklessness” that comes with investing in volatile currencies.She is not the only one.Read More India has seen a huge boom in cryptocurrency trading since the start of the pandemic, even though authorities in Asia’s third largest economy have for years expressed concerns about digital currencies, and even flirted with banning them.

Entrepreneurs in the industry told CNN Business that the country has the potential to become a crypto superpower, since it is one of the hottest internet markets in the world, with 750 million users , and hundreds of millions more yet to come online for the first time.India ranked second behind only Vietnam last year in a list of countries seeing the fastest growth in cryptocurrency adoption, according to a report published in October by blockchain data platform Chainalysis.While the government does not keep estimates of how many people trade cryptocurrencies, industry experts have suggested that the country may now have more than 20 million crypto investors .The growth is driven by younger investors — mostly under the age of 35 — and many of them are coming from smaller cities and towns, founders of two of India’s biggest crypto exchanges told CNN Business.

According to Sumit Gupta, CEO and co-founder of exchange CoinDCX, many Indian millennials have started “their investing journey with crypto.” While 20 years ago, their parents chose to invest in gold, these youngsters “are more interested in having bitcoin as part of their portfolio,” Gupta told CNN Business, referring to the fact that traditionally Indians chose to park their money in gold or savings accounts.Buying gold is both an investment and a cultural habit in India, which is one of the largest markets for the precious metal, according to the World Gold Council .

It also considered auspicious by Hindus and Jains, and plays a fundamental role in many religious ceremonies.Mumbai-based CoinDCX became India’s first crypto unicorn last year, achieving a valuation of $1.1 billion after raising money from investors such as Coinbase Ventures and B Capital Group.The company says 70% of its 10 million users are between the age of 18 and 34.The CoinDCX app is seen on a phone screen in West Bengal, India, in August 2021.

Data shared by rival firm WazirX tell a similar story.WazirX also has over 10 million users, and called 2021 a ” phenomenal year ” for crypto trading in India.The company was acquired by Binance , one of the world’s biggest cryptocurrency exchanges, in 2019.Over 65% of its users are under the age of 35, according to a recent company report, and it has seen a “700% increase in the number of participants from smaller cities like Guwahati, Karnal, Bareilly, thereby signaling the growing interest from rural and semi-urban areas.” Pritish Kumawat, a crypto trader from a small town in the western state of Rajasthan, said that he now finds conversations about cryptocurrencies in almost every tea shop in his area.

Often, the most engaged participants are college students, he said, adding that bitcoin’s massive spike last year has fueled the frenzy in India.In November, bitcoin was trading at a record high of $68,990 , but it has since fallen to around $43,000.In addition to bitcoin, meme currencies such as dogecoin and shiba inu are also popular among Indians, the WazirX report added.Apart from investors from smaller towns, both companies saw an increase of more than 1000% in the number of women users on their platforms, albeit on a small base.

Gupta said that participation of crypto by Indian women has seen “a massive upside” in the past 18 months and is “fairly high, fairly healthy, relative to equity markets.” The company’s data shows that 15% of their overall users are women — which is the global trend as well.

On-again, off-again relationship The excitement over crypto is rising in India despite the country’s on-again, off-again relationship with digital currencies.The central bank has long expressed concerns that cryptocurrencies can be used for money laundering and to finance terrorism.A cryptically worded proposal posted on the Indian parliament website last year even suggested the government was exploring plans to “prohibit all private cryptocurrencies in India.” This year, however, started on a more cheerful note for enthusiasts.Earlier this month , the Indian government announced it would impose a 30% tax on income from virtual digital assets, which many industry experts took as a sign that crypto trading won’t be banned after all.The government also said it would launch a digital rupee in the coming months.

“Taxation of virtual digital assets or crypto is a step in the right direction.It gives much-needed clarity and confidence to the industry,” Gupta said at the time of the announcement.Siddharth Menon, the co-founder of WazirX, told CNN Business that following the announcement, his platform saw daily sign-ups jump by over 50%.He also noticed rising interest among Indian developers and other professionals in joining the crypto industry.WazirX’s website is shown in New York, USA, in April 2021.

“I’m getting LinkedIn messages” from senior executives in India, who are now more optimistic about the business, he said.In the past, Indian exchanges have struggled to hire and retain experienced people due to the lack of clear regulations.But the Indian government soon put a damper on the mood, by clarifying that the cryptocurrencies are not yet legal in the country.”I am not doing anything to legalize it or ban it or not legalize it,” Finance Minister Nirmala Sitharaman said in parliament a few days after announcing the tax rate.”Banning or not banning will come subsequently …But I will tax because it is a sovereign right.” “I think the government is not entirely sure what it wants to do from a policy perspective,” said Anirudh Rastogi, founder of tech law firm Ikigaw Law, which works with crypto exchanges in India.”It knows where it wants to land broadly.

It wants to find the right balance where it is not disconnected from the global progress in blockchain and other tech, but it wants to also address concerns regarding cryptocurrency.” Rastogi added that the “extraordinarily high” tax on crypto is a short-term fix, which will also acts as a deterrent to many investors.”This rate is typically used to tax activities that are not considered economically productive, such as lottery,” he said.

“So this could be an indication that the government wants to make revenue, but it does not see crypto trading as economically productive.” For equities, India applies a 15% short-term capital gains tax if shares are sold in less than a year, and 10% if sold after a year.Gupta hopes that the government makes up its mind soon.India, with its vast pool of developers and enthusiastic young population, could be a “superpower in the next five to 10 years,” in cryptocurrency and blockchain industry, he said.”What is missing right now is a clear regulatory framework,” he added..

Fri Mar 4 , 2022
The New Zealand Herald’s journalism continues to be Kiwis’ go-to news destination in a time when trusted, quality reporting is needed more than ever. The latest news readership insights from Nielsen show New Zealand Media and Entertainment’s (NZME) flagships across print, digital and radio are reaching 2.7 million Kiwis, and […] 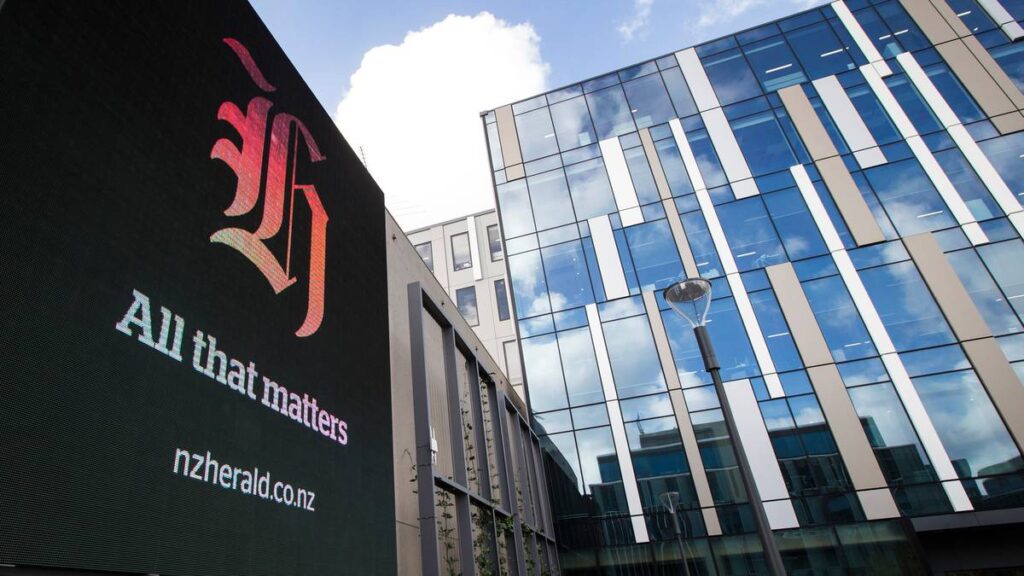