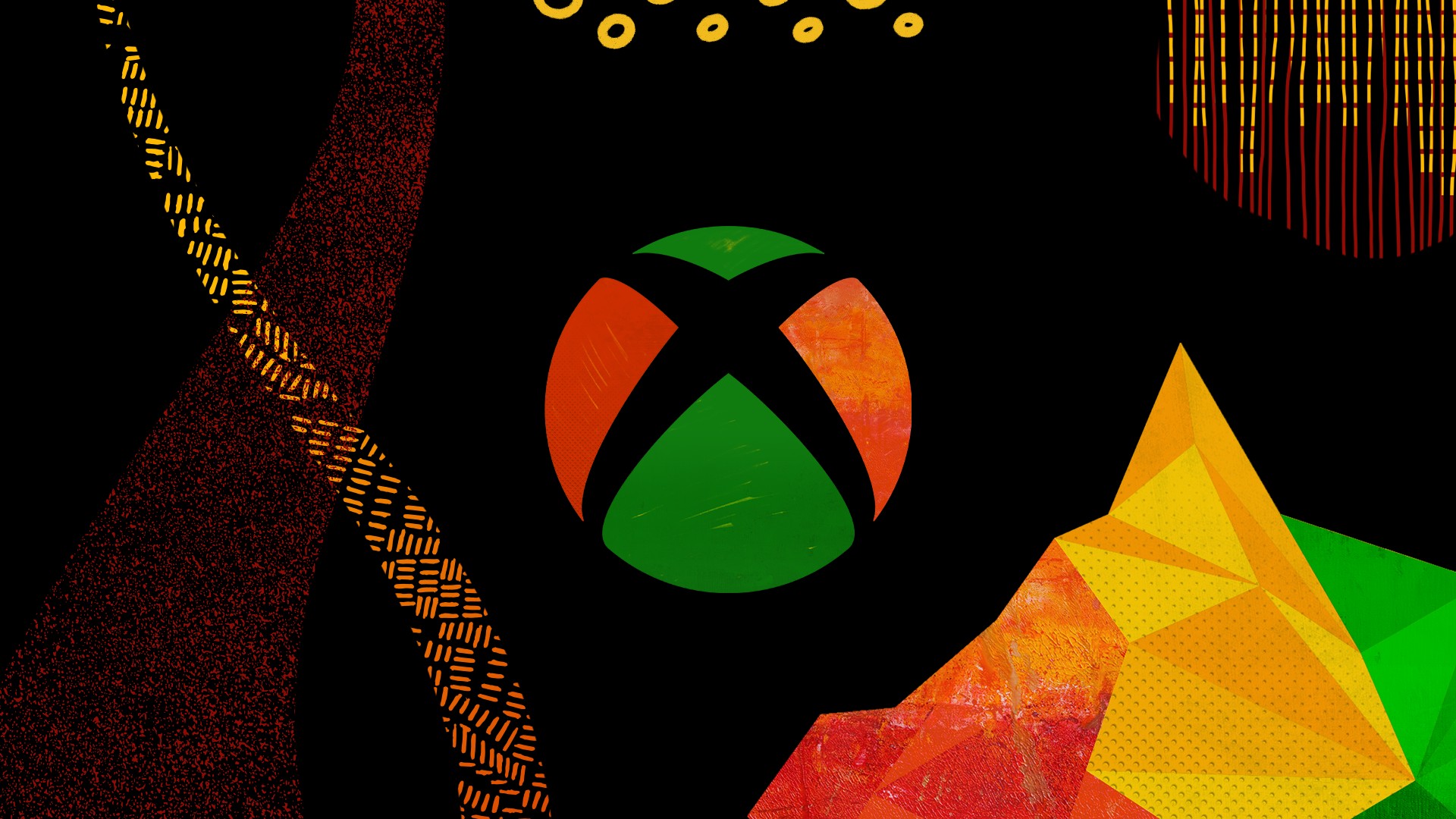 Events Xbox Celebrates Black History Month with Support of Black Creators, Players, and a Culture of Inclusion by Albert Dankwa, Xbox Content Developer & Social Lead • Feb 1, 2022 @ 8:00am Click to share on Twitter (Opens in new window)Click to share on Facebook (Opens in new window)Click to share on Email (Opens in new window) Xbox believes in the power of gaming to bring people together, to cultivate joy, creativity, and teamwork.We’re committed to building a community where everyone is welcome to play, and one way to do this is through supporting and amplifying the voices of underrepresented communities in gaming.Muse reported that Black Americans are more likely to agree with the positive outcomes of gaming, for example, teamwork and communication, compared to other communities.In honor of Black History Month, we’re spotlighting the contributions of Black and African American developers and creators and celebrating gaming as a source of joy, connection, and self-care for many in the community.I particularly relate to this from growing up in the South Bronx.Gaming was a way for me to release stress after school.I have fond memories of summer afternoons spent at a friend’s home playing Halo and laterenjoying Gears of War on my own first Xbox.I was fascinated by the narratives, drawn to the worlds, and inspired by the heroes and the hope they represented.

Gaming gave me bonding time with family and friends, was a source of creativity for school projects, and fueled the belief that I could one day be a part of the industry that motivated me to be persistent in pursuit of my dream.Despite a lack of community resources, I tackled every day with optimism, crediting much of this positivity to the gaming community and the talented individuals around the globe who continuously bring this artform to life.Upon leaving a career in media communication to work in retail, my 7-year journey with Microsoft began at the Microsoft retail store in New York City and last year, I accomplished my dream of joining Team Xbox.As a life-long gamer, it’s important to me to help inspire and uplift others to join the industry or to simply share their love of gaming.

The barriers that I encountered growing up are lifting, and while there is still so much work to do, I’m proud that in the last year, Xbox has doubled the number of games featured from Black creators.Representation is an important step forward in our goals to offer captivating gaming experiences in which everyone is welcome to play and can truly see themselves as the hero.Join us as Xbox celebrates and amplifies Black voices during this Black History Month and beyond.Impact and Connect Microsoft Rewards on Xbox: Donate Points to Organizations Supporting Black Communities Microsoft Rewards members in the United States can earn and donate points to organizations supporting Black communities with Xbox.

The below organizations will be featured on console throughout February: Cxmmunity – A nonprofit organization, committed to increasing the representation of minorities in esports through STEAM education and career development opportunities.Black Girls Rock – A global women’s movement and philanthropic organization dedicated to celebrating and empowering women and girls of color, by producing inspiring media content and providing enrichment programs for girls that foster positive identity development, critical thinking, leadership, literacy, tech, and innovation.Gameheads – A tech training program that uses video game design, development and DevOps to create diverse talent and bold new voices, train youth of color for the tech eco-system and prepare them for college, career and civic life.Xbox gamers can earn Microsoft Rewards points in various ways, such as playing or purchasing games after downloading the Microsoft Rewards app on Xbox.Earn points and redeem them for real rewards.Join us today and donate through Xbox.

Xbox Game Studios “Game Camp” Coming to New Orleans, HBCU Xbox Game Studios (XGS) Game Camp is coming back to New Orleans March 9 through April 27.The goal of Game Camp is to provide people from underrepresented communities with access to subject matter experts, tools, and industry connections to aid them through the game creation process.While Game Camp has expanded internationally, XGS is committed to its presence in the New Orleans community due to its distinct culture, diverse population, and abundance of talent from historically Black colleges and universities (HBCU).Learn more here.

Xbox Game Studios and HBCU Connect Partner Together to Increase Inclusive Hiring In partnership with HBCU Connect, Xbox Game Studios presents “From the Yard to Gaming,” a special panel featuring Xbox employees who are HBCU Connect alumni.“The Yard” is a colloquial term used by HBCU students in reference to their specific campuses.Our Xbox team will share their experiences and how their time at an HBCU prepared them for their professional journeys in the games industry.Moderated by Senior Talent Pipeline Program Manager at Mojang Studios and HBCU advocate Brittney Pettway, we’ll ask Xbox developers Hector Llanos, Corey Rogers, and Timothy Olojedeto to highlight the work they do within gaming and how to contribute to an inclusive place where people from various walks of life can excel.Stay tuned for details on how to attend our Xbox HBCU Connect virtual event scheduled for Thursday, March 3.Microsoft also remains committed to the Racial Equity Initiative which focuses on sustained efforts like increasing representation, strengthening a culture of inclusion, and dedicated inclusive hiring practices.

We look forward to hosting upcoming events where anyone in our Xbox community can meet members of the Xbox team and learn more about opportunities in the gaming industry.Xbox Game Studios Presents “The New Face of Gaming” at GDC As part of our Xbox offering at the Game Developers Conference in San Francisco this March, Xbox Game Studios presents “The New Face of Gaming,” a special pre-recorded session on March 24 featuring a diverse group of game developers at Xbox.Our Xbox panelists, Senior Program Manager at Xbox Calicia Johnson, Software Engineer Keirten Nivol, and Xbox Marketing Manager Austin Joseph, will share their experiences in gaming and explore how diverse voices are contributing to the evolution of the gaming industry.We’ll also touch on how the evolution of gaming is making the industry a more inclusive place for all where gamers can see themselves in the games they play.This GDC session is moderated by Senior Talent Pipeline Program Manager at Mojang Studios Brittney Pettway.

Watch out for more information coming soon regarding this and our other GDC sessions focused on inclusivity at Xbox.Discover Xbox Ambassadors Spotlights Stories about Representation in Gaming Throughout Black History Month, we will be spotlighting stories about representation in gaming by Xbox Ambassadors from Black communities.These are their stories.Xbox Plays will Feature Black Streamers, Game Creators, and Nonprofits Throughout February, the Xbox Twitch channel will feature programming celebrating Black History Month.Each week will have a different theme, featuring Black Streamer Takeovers, Black Game Creators, and will showcase nonprofit organizations supporting Black communities.

Discover more.Minecraft’s Lessons in Good Trouble Minecraft: Education Edition offers Lessons In Good Trouble, a collection of eight interactive Minecraft worlds and lessons on social movements throughout history including the Civil Rights Movement and Black Lives Matter as well as lessons about Dr.Martin Luther King Jr.and the origins of Juneteenth.Good Trouble is available as a free demo for Minecraft: Education Edition and for players via the Education Collection in the Minecraft Marketplace.Discover more here.

Discover Games, Movies, and TV Curated by Black Communities at Microsoft Since last February, we have doubled the games featured on Xbox from Black creators and continue to increase visibility of diverse and inclusive content in additional regions.

A few highlights from the full Xbox games and Windows games collections spanning Black creators, main characters, and character creation options include: Marvel’s Avengers – From Lead Director Morgan Gray, Marvel’s Avengers: War for Wakanda update added Black Panther to the roster and a new campaign taking place in Wakanda.Before I Forget – This BAFTA-nominated narrative exploration about dementia is from two women, including Narrative Designer Chella Ramanan, a Black British woman and active campaigner for diversity in games as co-founder of POC in Play.Aerial_Knight’s Never Yield – Take the role of Wally in this 3D side-scroller from Aerial_Knight including a soundtrack by “Danime-Sama,” a Detroit artist with vocals from artists from all over the world.Boyfriend Dungeon – Create your own character outside of the gender binary and then romance Isaac the Estoc if you choose in this unique dungeon crawler dating sim with LGBTQIA+ themes where you date your weapons.One standout title from the full movies and TV collection featuring creators, leads, educational views, and family entertainment is: “Candyman” – Nia DaCosta has been making waves as the director of this thriller based on an urban legend leading her to be the first Black woman to have a film debut at number one upon opening weekend.

We’re also excited to see what she does in the future as the first Black woman and youngest person to direct a Marvel Studios movie.

PST.Xbox Honors Black History Month with a New Gamerpic, Profile Theme, and Avatar Items! In partnership with Black communities at Xbox, we’re introducing a new gamerpic, profile themes, and avatar items! The gamerpic and profile theme will be available on console and the Xbox PC app.Get your avatar items here.Learn more about all that Xbox is doing to engage our communities at the Xbox Community Hub.Recommended for you Events Xbox Celebrates Hispanic Heritage Month Sep 15, 2021 @ 8:00am Events Xbox Celebrates International Women’s Day Mar 8, 2021 @ 12:01am Events Xbox Celebrates Black Voices and Drives Community Impact During Black History Month and Beyond Feb 1, 2021 @ 8:00am. 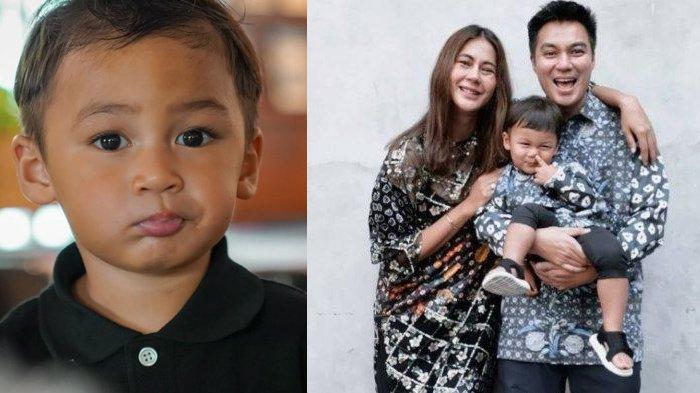