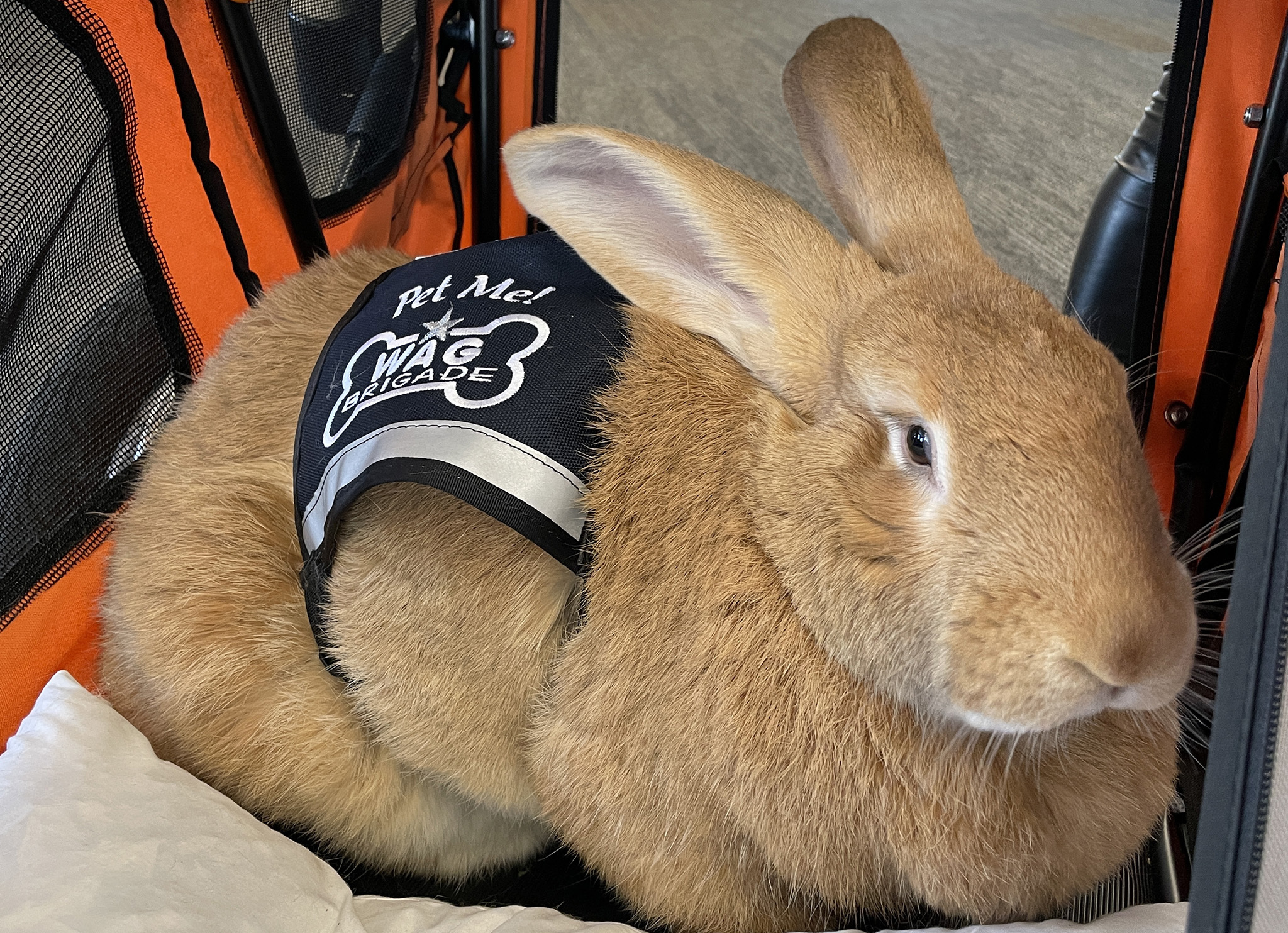 The 28-pound Flemish Giant rabbit was already known for stealing hearts at a San Francisco Giants baseball.In an effort to console anxious or jumpy travelers , San Francisco International Airport announced a new member to its roster of stress-relief animals.Alex the Great, a 28-pound Flemish Giant rabbit , is the newest member of SFO’s domesticated comfort cadre called the “ Wag Brigade .” The pale sandy hare is expected to regularly visit the airport throughout March to provide patient cuddles for any traveler in need of a mammalian-induced respite.Local sports fans may recall seeing Alex at a San Francisco Giants game in April 2021 when its owner, Kei Kato, tucked the rabbit in her arms in the stands.Alex stole the show and was even interviewed on camera.Kato told ABC7 at the time that she got the rabbit to help cope with losing her job amid the pandemic and other health stress.Alex, the ⁦ @SFGiants ⁩ furriest rabbit fan 🐰, has made airwaves everywhere!

But yours truly got to interview him last night about his plans to take advantage of Oracle’s new vaccine sections.🧡?–? pic.twitter.com/hfTamoDEGh Flemish Giants are considered the largest breed of domesticated rabbit and are noted for their amiable and obedient nature.

According to the Maryland Zoo , the species was first imported into the United States from England and Belgium in the 1890s.Their gentle giant temperament will be a welcome addition to the Wag Brigade, which has been soothing SFO travelers’ nerves since the program launched in 2013.The brigade is composed of mostly dogs — including 17 different puppers such as George Morkie, a playful Maltese/Yorkie mix, and a goldendoodle named Jagger D’ Wagger — which serve in the assisted therapy program.Each animal undergoes the Animal Assisted Therapy Program from the San Francisco SPCA.(Left to right) LiLou, Jagger, Brixton, Toby and Benga! are part of the Wag Brigade at SFO airport.Alex alongside Wag Brigade coordinator Jennifer Kazarian.

Although Alex is the first rabbit to join the brigade, it’s not the first non-canine species to don the “Pet Me” vest while strolling the terminals.

LiLou, a Juliana breed pig, became a member in 2016 and received national attention as the “World’s 1st Airport Therapy Pig.” The pig lives in an apartment in Nob Hill and is known for playing a toy piano.

Following a near two-year absence due to the COVID-19 pandemic, the Wag Brigade returned to SFO in October 2021..

Bethesda has unleashed another mini-salvo of teases for its

Fri Mar 18 , 2022
Bethesda has unleashed another mini-salvo of teases for its upcoming open-world space RPG, Starfield .Director Todd Howard and others spoke a bit about how factions, companions, and other mechanics will work in a new roundtable video, and also showed eight whole seconds of what looks like actual Starfield gameplay, maybe.Advertisement […] 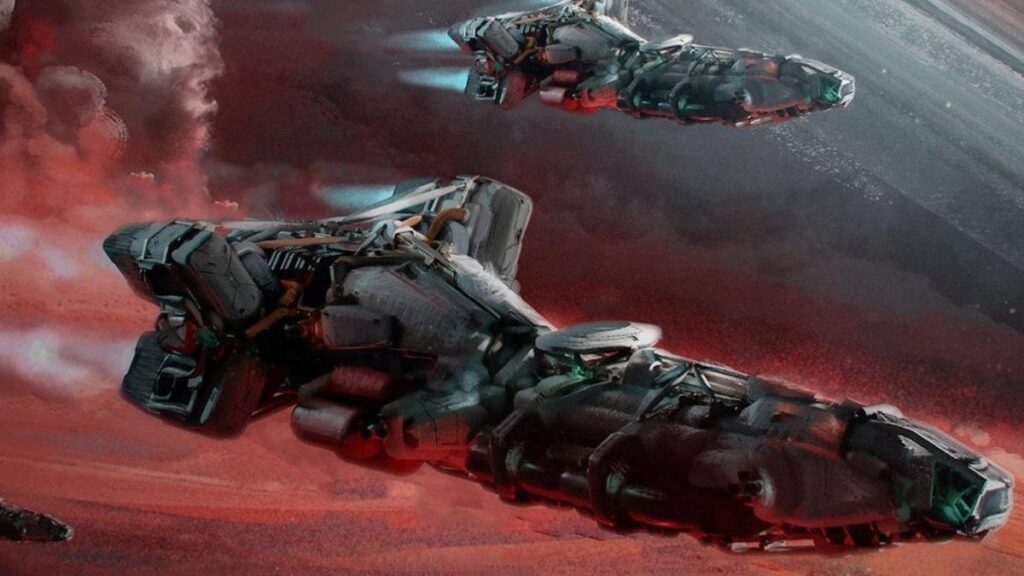