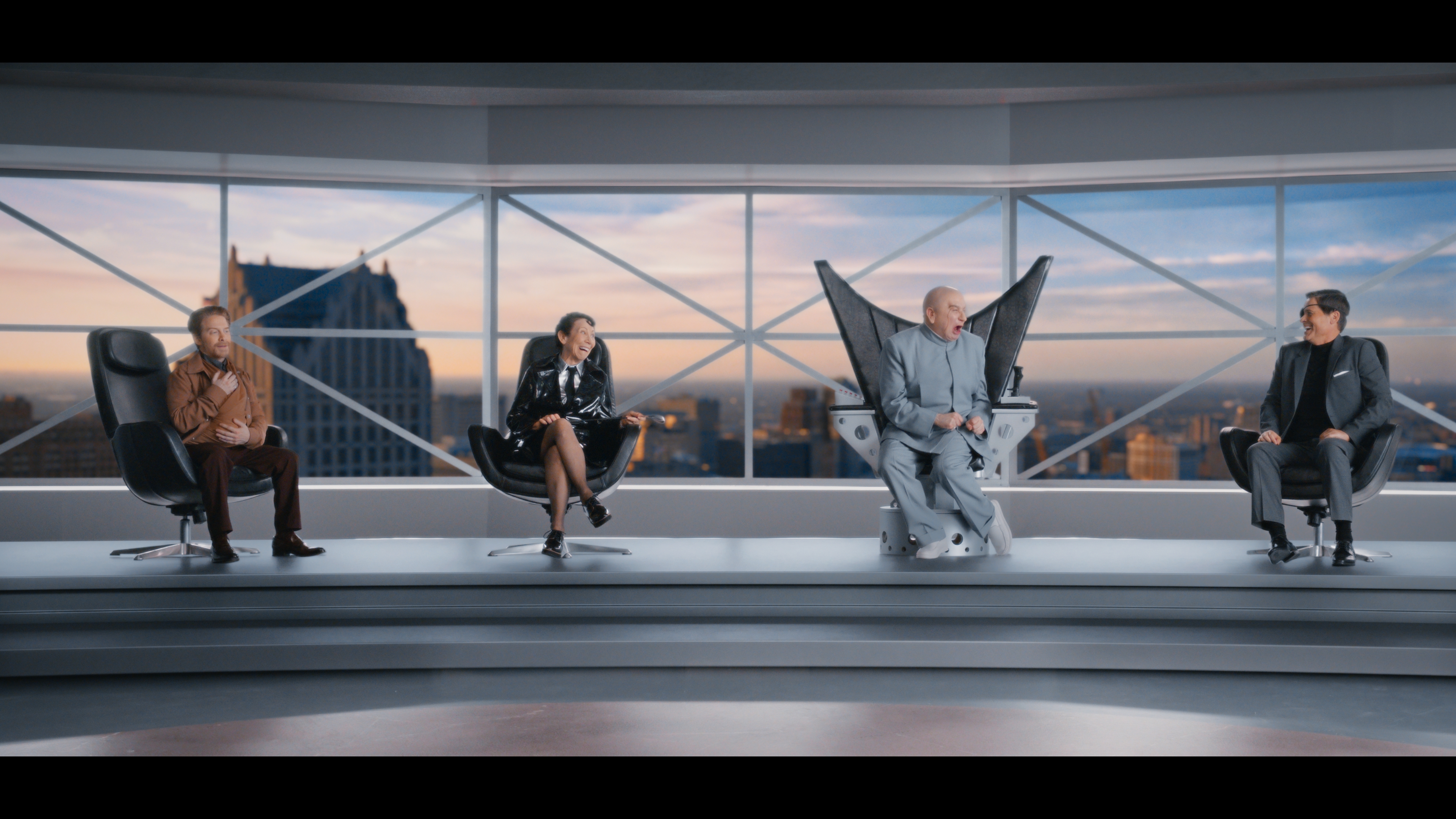 Madison Avenue used its most tried-and-true techniques to keep Super Bowl watchers from being overwhelmed Sunday night by a brave new world that emerged with great speed as the nation was hunkered down during the coronavirus pandemic.

General Motors, one of the nation’s most staid corporations, put its marketing heft behind a fleet of electric vehicles, using revivals of media favorites like “ Austin Powers ” and “The Sopranos.” Verizon touted quickening telecommunications service by reviving Jim Carrey in his role as “The Cable Guy” and T-Mobile pressed viewers to think about 5G by showing Dolly Parton with a phone pressed close to her chest.Rocket Mortgage dressed its digital service in bright Barbie overtones along with the familiar site of Anna Kendrick.Uber Eats pushed people at home to consider its service for cosmetics, diapers, and odd-smelling candles — not just groceries.Viewers got to hear about cryptocurrency exchanges, online sports betting, and medical technology.

Any one of these things threatens to upend life as Americans know it, changing the way we drive, keep up on our health, invest or shop.But you’d never know it from the ads — except for one from the cryptocurrency company FTX, which spotlighted contrary Larry David as a skeptic of anything new and revolutionary.

“I thought he was kind of a coup” amid so much hard-sell of new goods and services, says Harris Wilkinson, chief creative officer of The Marketing Arm, an agency owned by Omnicom Group.“He sort of embodies this curmudgeon, reluctant to advance.”

Most advertisers were no doubt hoping their commercials would do the opposite, pushing consumers to try new things no matter how destabilizing or world-changing they might be.