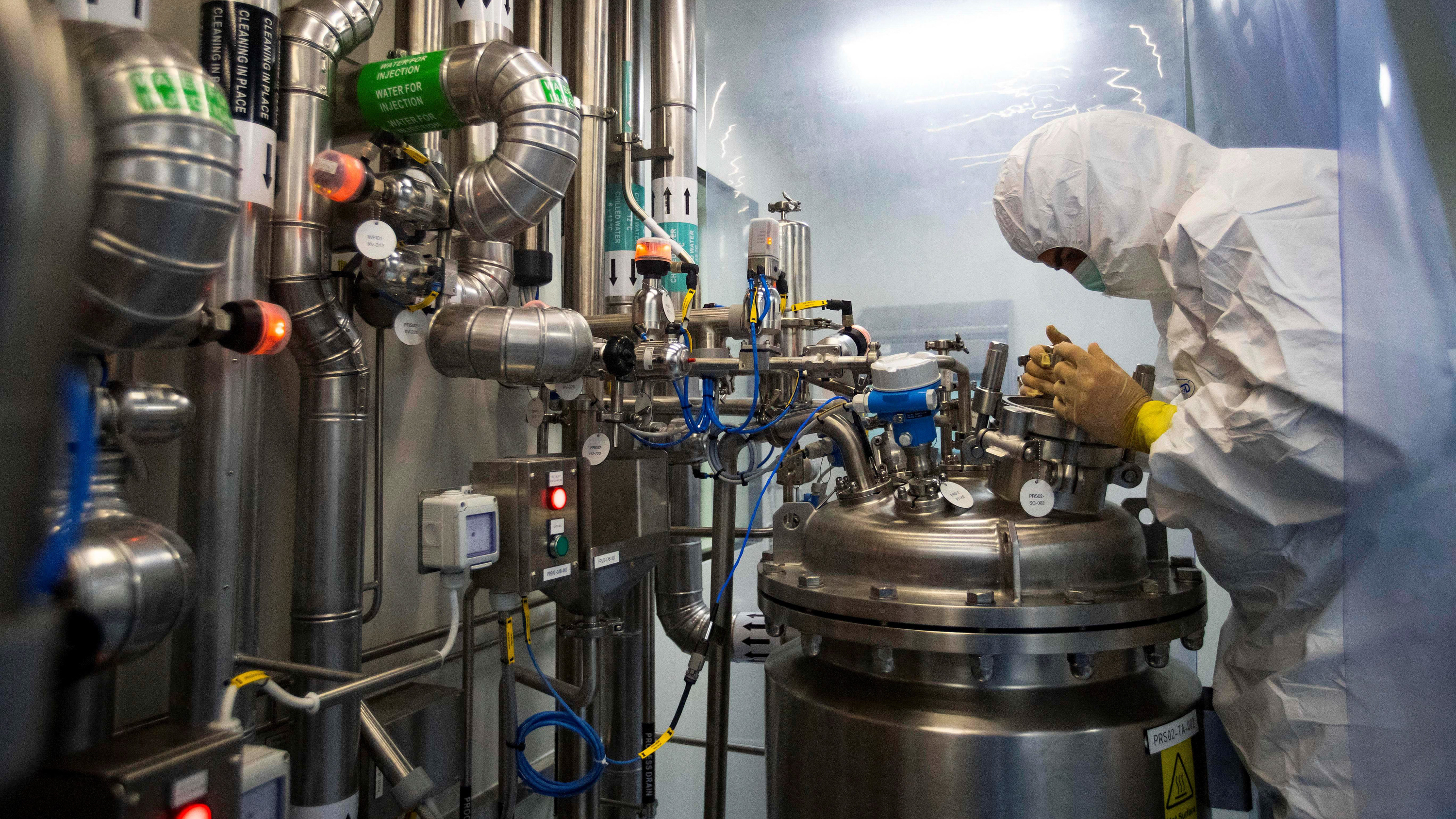 Enlarge this image A Cuban industrial complex prepares to start production of one of the country’s newly developed COVID vaccines.Yander Zamora/Pool/AFP via Getty Images hide caption

A Cuban industrial complex prepares to start production of one of the country’s newly developed COVID vaccines.

Yander Zamora/Pool/AFP via Getty Images In the early days of the COVID pandemic, Cuba decided it was going to make its own vaccine – even though vaccine development historically takes years, even decades, to bear fruit.

Why did the Communist island nation decide to go it alone?

It didn’t want to rely on the whims of foreign governments or international pharmaceutical companies to immunize its people.Cuba didn’t even sign up for the COVAX program, backed by the World Health Organization, that was promising to purchase vaccines in bulk and distribute them equitably around the globe.

Cuba was taking a gamble that it could develop a vaccine before the coronavirus swept across on the island.

“I don’t like the word ‘gamble’,” says Cuban virologist Amilcar Pérez Riverol about his nation’s strategy.”I prefer the word ‘risky’.”

Pérez Riverol left Cuba in 2013 and now works as researcher at the São Paulo Research Foundation at São Paulo State University in Brazil.But he writes regularly about the COVID situation in Cuba on his Facebook page and elsewhere.He used to work in the labs in Havana that were tasked with developing Cuba’s home-grown vaccines.

And he was confident that Cuban scientists could win this race against the virus.

“I was there, I worked there.I know the people who work there, the spirit they have, the institution they have,” he says.It was a huge project, but when they launched it, he says he thought, “Yeah, they can do that.”

Cuba’s vaccine development effort wasn’t just risky from health perspective.Politically if the rest of the world got vaccine far earlier than Cuba, it would be a huge blow to the government.Pérez Riverol says getting a Cuban-made vaccine became an all-consuming project for the country.

“It became the top priority for the whole country, not only for the scientific community or the health authorities,” he says.”But also from the political point of view the message was ‘get this done.’ Because it was the only opportunity to get people vaccinated.”

Enlarge this image Workers at Havana’s airport prepare a shipment of Cuba’s Soberana Plus vaccine against COVID-19.

The government is donating the doses to Syria.Yamil Lage/AFP via Getty Images hide caption

Workers at Havana’s airport prepare a shipment of Cuba’s Soberana Plus vaccine against COVID-19.The government is donating the doses to Syria.

Three of the vaccines, Soberana 1, Soberana 2 and Soberna Plus, were developed at the Finlay Institute in Havana.The other two, Abdala and Mambisa, came out of Cuba’s Center for Genetic Engineering and Biotechnology.

Soberana 2, Soberana Plus and Abdala are authorized by the Cuban authorities for use and export while the other two (one of which is a nasal spray) are still in clinical trials.None of them have yet been authorized by the World Health Organization or any other major international regulator

But they’ve allowed Cuba to boast one of the highest COVID vaccination rates in the world.More than 85% of the island nation is fully immunized against the virus — a far higher vaccination rate than the U.S.It even tops every country in Europe except Portugal.

The country is even giving the shots to kid as young as 2 years old.

At a time when many other low- and middle-income nations continue to struggle to get enough doses, Cuba is exporting vaccine to Iran, Venezuela, Mexico, Nicaragua and Vietnam.

Pérez Riverol says Cuba was able to pull off this pharmaceutical feat for a number of reasons.

First, Cuba already had a robust vaccine manufacturing sector.The country of 11 million people produces most of its own inoculations for its routine childhood immunization program, targeting diseases such as yellow fever, whooping cough, diphtheria, tetanus.

“They have the whole infrastructure, you know,” Pérez Riverol says.”They’ve been working on vaccines for more than 30 years.”

And second, they didn’t attempt to re-invent the wheel.They took existing vaccines for other diseases and tweaked them by adding a portion of the SARS-CoV-2 virus.

All the COVID vaccines developed in Cuba are what are known as protein subunit conjugate vaccines.

“This is a technology that we’ve had around for a while,” says Amira Roess , a professor of global health and epidemiology at George Mason University and a non-resident scholar at the Middle East Institute.

This type of vaccine, Roess says, “is something that a lot of companies and a lot of countries have tons of experience with.” These vaccines are like the sturdy 1950’s Ford Fairlane coupes that still chug through Havana’s streets.

By comparison, the flashy new mRNA COVID vaccines from Pfizer and Moderna would be high-tech Teslas.

The Abdala vaccine – named after a dramatic poem by José Martí, the 19th Century activist for Cuban independence from Spain – was developed by the Center for Genetically Engineered Biotechnology and is based on the same technology the center uses in its hepatitis B vaccine, says Pérez Riverol.

The vaccine called Soberana 2 – or Sovereign 2 — is based on an existing influenza vaccine produced by the Finlay Institute.

“So actually, all these [Cuban COVID] vaccines have like an older cousin or an older brother,” says Pérez Riverol.

Data released by the Cuban government in October of 2021 prior to the omicron surge showed the vaccines developed in Havana to be up to 92% effective against SARS-CoV2.

Cuba’s success in developing COVID vaccine at a pace on par with some of the world’s largest pharmaceutical companies may seem surprising.The country has been in economic and social turmoil.It’s been facing shortages of food, fuel and foreign currency, that sparked major street protests last summer.Pandemic lockdowns further battered the economy, depriving the country of one of it’s largest sources of revenue- tourism.U.S.President Trump in his final days in office, ramped up sanctions against the communist island, making it even harder for Cuba to import raw materials and pharmaceutical manufacturing equipment.

But William LeoGrande , a professor of government at American University in Washington, D.C.who’s written extensively about Cuba, wasn’t surprised that Cuba’s bet on a domestic vaccine paid off.LeoGrande says many people in the U.S.often underestimate the sophistication of the Cuban biotech industry.

“The reason is because there are large sectors of the Cuban economy that really don’t work very well,” he says.”And so the image that that creates here in the United States is that nothing works in Cuba.

But the reality is that there are some sectors and biotechnology is one of them that work pretty well.”

LeoGrande says Cuba’s rapid development of 5 COVID vaccines was a major coup for the Caribbean nation.

“Cuba was able to vaccinate virtually the entire population without having to worry about access to foreign vaccines while most of the Third World is not yet vaccinated because the vaccines are all produced in the developed countries,” he says.”And finally, Cuba may be able to generate some revenue by selling the vaccines to other developing countries at a time when it is really in desperate need of foreign exchange currency.”

One potential stumbling block for exporting Cuban COVID vaccines is that hasn’t made progress in getting regulatory authorization for the products from the WHO.Individual countries are still welcome to authorize the shots locally if they so wish but a stamp of approval from WHO or another major regulator would make it far easier for Cuba to export these medical products.

Cuba has submitted Soberana 1, Soberana 2, Soberana Plus and Abdala for Emergency Use Listing by the WHO but their application hasn’t moved forward.Notes on the WHO’s website tracking the status of vaccine applications says that the regulatory body is still “awaiting information on strategy and timelines for submission” regarding the communist nation’s COVID vaccines.

Cuba ran clinical trials for its vaccines yet the data from those studies hasn’t been published in peer-reviewed scientific journals.

Pérez Riverol says part of the problem is a culture in Cuba that publication for researchers isn’t a priority.

“Because you don’t get funding in Cuba for a published paper,” he says.”The government gives you the funding.

So it’s different to what happened in the rest of the world.”

He’s confident the data will get published eventually, but he says it’s been a question of priorities.

“Their priorities were to focus in working on the vaccine and get the clinical trials done” so that people could get immunized, he says.”Not to write a paper or get that paper published.”

Even though Cuba didn’t want to rely on other countries for vaccine, there was one moment during a terrible Delta surge in August 2021 when they brought in extra doses of Sinopharm from China.

But throughout the rest of the pandemic, they’ve done what so many other nations couldn’t — controlled their own fate when it came to getting vaccines.. 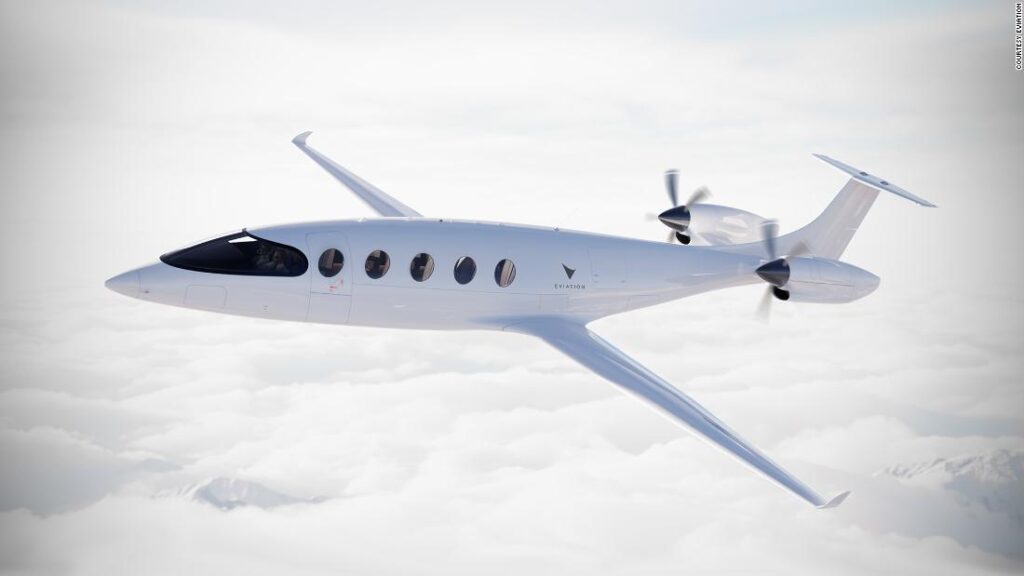