© Provided by NBC News Hidden deep in the Peruvian jungle and shrouded beneath thick foliage, archaeologists have discovered a series of long-forgotten structures among the sprawling ruins of Machu Picchu.Cutting through the foliage isn’t easy, but such discoveries are becoming more common thanks to a combination of two technologies: lasers that can “see through” obstructions and drones that help archaeologists explore places humans sometimes can’t easily reach.Around a dozen small structures were identified less than 5 miles from the main remnants of the 15th century Inca city, on the outskirts of a ceremonial site called Chachabamba, according to a study published in the January edition of the Journal of Archaeological Science.The scientists used a type of remote-sensing technology known as light detection and ranging, or lidar, which bounces laser pulses off surfaces to detect features and map their contours.Lidar scanning, a relatively new tool in archaeology, is becoming an essential way for scientists to study areas that were once too dangerous or inaccessible.In 2019, laser scanning revealed a huge network of ancient Mayan farms in a rainforest in Belize.Years before that, lidar helped archaeologists uncover a lost city in Honduras.

The Machu Picchu discoveries, which include parts of a water system that ran through the area, are yielding new insights into Inca civilization and the role of ceremonial complexes at Machu Picchu.”Only very privileged people could get to Machu Picchu, because it was a very special place,” said Dominika Sieczkowska, the deputy director for organization and development at the University of Warsaw’s Center for Andean Studies, who led the research.”When you were going there, you had to stop in Chachabamba for a spiritual bath to be clean and pure to get to Machu Picchu.” Video: Explore Antarctica’s treasures, including visit with Emperor penguins (TODAY) Kim Potter sentenced to two years in prison for killing of Duante Wright US gas prices could spike if Russia invades Ukraine, analyst says Biden ‘convinced’ that Putin will invade Ukraine Best Fan Friend Friday: 2 friends win a TV from Hoda and Jenna! Meet the tipping TikTok star changing lives one surprise at a time Aviation program helps students in Compton reach new heights Sneak in your veggies with this basil broccoli pasta Magic Johnson opens up about 30-year marriage to wife Cookie Have a glass of wine with Hoda and Jenna for National Drink Wine Day! Are fanny packs destined for a comeback? Would you bring a book to a bar? Hoda and Jenna weigh in Chinese bakery treats at home: Hot dog flower buns ‘The Marvelous Mrs.Maisel’ cast on being renewed for final season Steve Kornacki on final medal prospects for Team USA Ring in the closing ceremony with Chinese matcha jasmine Swiss rolls Why Tony Shalboub’s audition with Neil Simon was very odd Chachabamba, which sits in the Vilcanota Valley, centers on a main stone altar surrounded by 14 baths, which Sieczkowska said most likely were used for ritual ablutions.Water to the site flowed through a complex network of channels fed by the Urubamba River.The site is tricky to study, because the area is mostly overgrown, with archaeological ruins receding deep into the jungle.To uncover what lay beneath the forest canopy, Sieczkowska and scientists at the Wroclaw University of Science and Technology in Poland and Peru’s Ministry of Culture used drones outfitted with special lasers to pierce the foliage.

The lidar scans revealed about 12 structures all within about 60 feet of the main ceremonial part of Chachabamba.”They were so close, and we didn’t even know they were there,” Sieczkowska said.

The laser scans also revealed stone channels running partly underground that supplied water throughout the Chachabamba site.The researchers then developed models based on the slope and depth of the canals to re-create how water may have flowed to the various ritual baths.Sieczkowska said that much remains unknown about how the newfound structures around Chachabamba were used but that they may have been residences for people who oversaw the ceremonial site.The archaeologists plan to conduct further research at Chachabamba, including excavations of interesting features that were identified in the lidar scans.”The idea was to excavate some of the structures, but because of the pandemic, we had to cancel our plans for now,” Sieczkowska said.”But maybe, maybe, we’ll get there next year.”.

Tue Feb 22 , 2022
Donald Trump is aiming to make a social media comeback by starting his own app – after being booted off mainstream platforms last year. The app, which allows users to post and share a “truth” as they would a tweet, has launched on Apple’s App Store. Truth Social has been […] 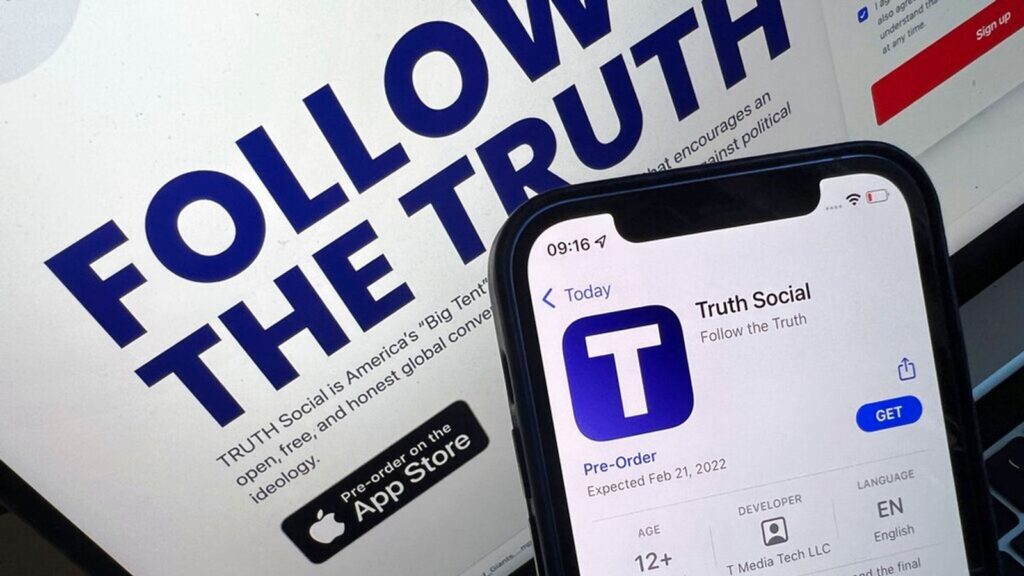