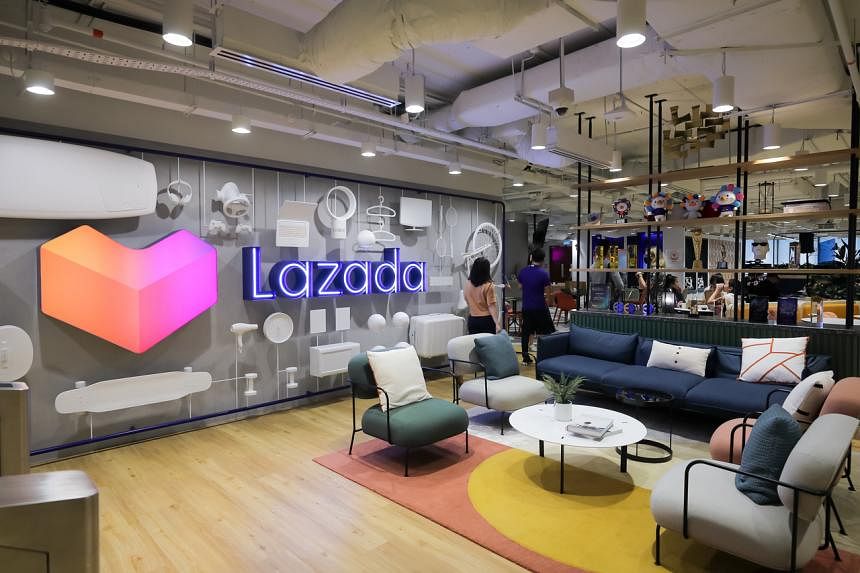 SINGAPORE – E-commerce platform Lazada officially opened its new regional headquarters in the central Bras Basah district on Monday (April 11), from which it will spearhead its growth in South-east Asia.

The company also announced it is setting up the Lazada Foundation to provide scholarships and education opportunities for women and youth in the digital economy.

Mr Chun Li, Lazada’s chief executive officer, said the company will accelerate the pace at which it cultivates and develops local talent in the commercial and technology fields to sustain its growth and innovation in the next decade and beyond.

He added that the company will be looking for data scientists, engineers, and product developers in various domains like payments and cyber security.

Lazada’s new HQ will be spread over 109,000 sq ft of office space, while parent company Alibaba is also leasing 31,000 sq ft.This gives them a 58 per cent occupancy in the building at 51 Bras Basah Road, which has been renamed Lazada One.

This will be Lazada’s fourth office in Singapore.

Formerly the Manulife Centre, and then 5One Central, the building was refurbished through asset enhancement initiatives into a certified green building.

A Lazada spokesman said its office is equipped with advanced tech-enabled and wellness spaces, and is built with the next generation of talent in mind.

“This will help create a productive space to grow and nurture talents,” the spokesman added, noting there is a lack of talent currently to meet the increase in demand from online shoppers.

Speaking at the launch event on Monday, Minister for Communications and Information Josephine Teo said steps have been taken by the Government to help small- and medium-sized enterprises or SMEs digitalise, so they remain competitive and relevant in the digital age.

For instance, the SME Go Digital Programme, which aims to help SMEs use digital technologies and build stronger digital capabilities, has benefited more than 80,000 firms since 2017.

“Three in four firms now adopt at least one digital solution.We intend to widen and deepen the digital capabilities of our SMEs so that they can continue to reap the benefits of (going) digital”, she added.

(From right) Lazada CEO Chun Li and Minister for Communications and Information Josephine Teo touring Lazada’s new regional headquarters.ST PHOTO: GAVIN FOO A Lazada spokesman said its office is equipped with advanced tech-enabled and wellness spaces, and is built with the next generation of talent in mind.ST PHOTO: GAVIN FOO Touching on the talent pool, Mrs Teo said “the aim is to nurture a strong pipeline of tech talent who are the human capital that our enterprises need to flourish”, adding that this has become more important in the face of a global tech talent crunch.

Lazada was founded in 2012 and is one of the biggest e-commerce platforms in South-east Asia.It was acquired by Alibaba in 2016.

The e-commerce giant has a presence in six countries – Indonesia, Malaysia, the Philippines, Singapore, Thailand and Vietnam.

Lazada wrapped up 2021 with $21 billion in gross merchandise value (GMV), the amount of sales before expenses are deducted.

A Lazada spokesman said as of March this year, the company has 1 million entrepreneurs and businesses selling products on its platform, and that these businesses are connected to more than 150 million consumers every month.

Lazada CEO Chun Li said the company will accelerate the pace at which it cultivates and develops local talent in the commercial and technology fields to sustain its growth and innovation in the next decade and beyond.PHOTO: LIANHE ZAOBAO Minister for Communications and Information Josephine Teo (right) chatting with Lazada staff at the company’s new regional headquarters.ST PHOTO: GAVIN FOO Alibaba is headquartered in Hangzhou, but has a subsidiary, Alibaba Cloud, which established regional headquarters in Singapore in 2015.

According to the Economic Development Board (EDB) website, 46 per cent of regional headquarters for Asia are based in Singapore.

They come from a diverse range of industries.

Last month, Dyson, famous for its vacuum cleaners and other home appliances, opened its new global HQ in Singapore.

Other Chinese tech firms like Tencent and ByteDance also have their regional offices in Singapore.

More On This Topic Alibaba aims to grow its Lazada business to $136 billion Futuristic workspaces: S’pore a hub for corporate headquarters including Wilmar, Dyson .

The microchip implants that let you pay with your hand

Tue Apr 12 , 2022
A woman paying for her meal in a café using a contactless payment chip implanted in her hand Patrick Paumen causes a stir whenever he pays for something in a shop or restaurant. This is because the 37-year-old doesn’t need to use a bank card or his mobile phone to […]