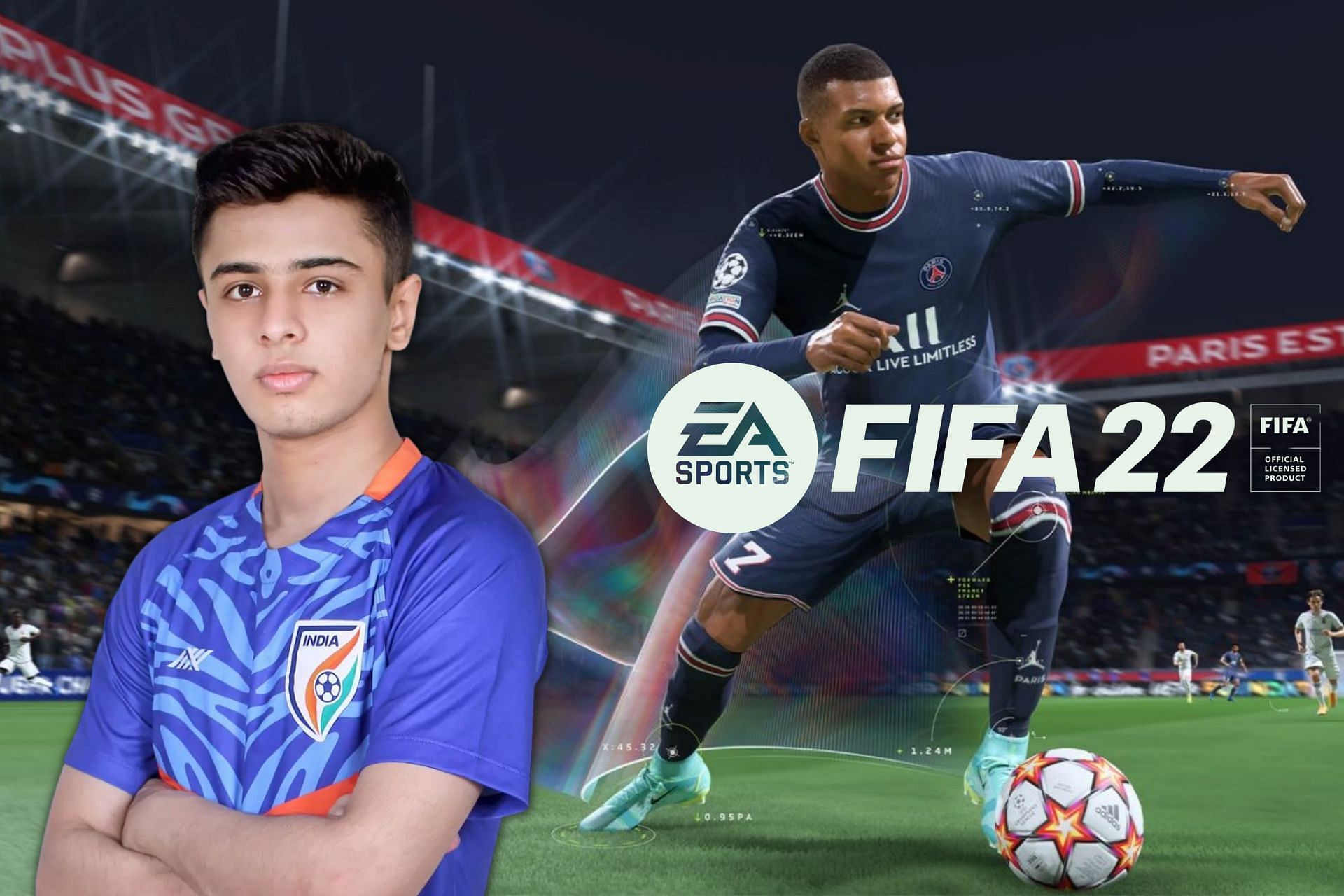 ‘) > -1) { addClass($(‘.section-container’), ‘pill-tag’); } Despite being a household name in North America and European countries, FIFA esports is only just starting to get its fair share of the limelight in India.Indian FIFA players, who participated in local tournaments for a shot at a few thousand rupees, can now dream about competing on a global stage.

21-year-old Siddh Chandarana is one of the most skilled FIFA players in India.The Mumbai-born esports athlete will represent his local club Mumbai City FC in the FIFA Global Series.Despite qualifying for the eISL, Siddh had to back out of the tournament due to personal reasons.

Currently ranked 2nd in South Asia, Jenasid is ready to take the Indian FIFA esports scene by storm.In conversation with Sportskeeda Esports’ Yasho Amonkar , Siddh discussed his FIFA journey through the years, explained why he backed out of the eISL, and shared his ambitions with Mumbai City FC.

“The last few years have been revolutionary for FIFA esports in India”: Siddh “I want to represent Mumbai City FC at the FIFAe World Cup”: Siddh (Image via Siddh) Q) How and when did you start playing FIFA? Since when have you been playing competitively?

Siddh: My first FIFA was FIFA 07, and I used to play it casually after school with my friends.I started playing FIFA competitively in 2017 and went to Singapore to attend my first international tournament.

Q) Football is a significant reason FIFA is the most popular sports video game.Do you think you would be able to be so good at FIFA if you weren’t a football fan?

Siddh: This is a tricky question, but everyone who plays FIFA usually watches football.

It is the love for traditional football that gets them into playing FIFA.So although watching football is not necessary to be good at FIFA, it definitely helps.

FIFA is something that brings all football fans together, and it is a place where we can connect and have a good time.

Q) Before your FIFA days, you were an ardent footballer.Can you tell me why you transitioned from real-life football to the virtual world? Did your parents support your decision?

Siddh: Yes, I used to play football and almost got into the Maharashtra state team.

I used to play as a left-winger.Unfortunately, I had to stop playing entirely because of a health issue.I had allergic bronchitis, which is why I could not cope with playing a game for 90 minutes as it affected my lungs.

I still play football now and then, but not at a high level.I think my love for football got me into playing FIFA.

My parents have always been supportive — massive credit to my whole family.My dad usually travels with me for my FIFA tournaments to support me.

I am very grateful to them.

Q) Like most Indians, you also support a Premier League team.

When did you start watching football, and why do you support Arsenal?

Siddh: This is a funny story.My uncle was an Arsenal fan.This was during the Invincibles era when the Premier League came into the limelight in India.When I started playing FIFA in 2007, the only Premier League team I knew was Manchester United.

I also had a CR7 jersey.

🗣️ “Arsène Wenger is the best coach for young players.I cannot see anyone better than him.He gives opportunities, he teaches you.He never shakes under pressure and that’s not easy.He has this ability.

I love the way he understands football.” 7:39 AM · Jun 10, 2020 789 96 Cesc Fàbregas: 🗣️ “Arsène Wenger is the best coach for young players.I cannot see anyone better than him.He gives opportunities, he teaches you.He never shakes under pressure and that’s not easy.He has this ability.

I love the way he understands football.” https://t.co/qfELssy6Aa However, Arsenal was my preferred choice in FIFA as it always popped up first on the list of teams.Cesc Fabregas was Arsenal’s captain at the time.That is how I started following Arsenal.He will always be my idol because I began watching Arsenal when he was at his peak.

Huge props to Arsene Wenger because his playstyle brought me close to the club.

Q) Can you describe the type of tournaments held in India when you started competing? How has the scene grown over the last few years, and was the pandemic a boon or bane for FIFA?

We just had these local tournaments to compete in, which is how it gradually began in our country.

$3 $3 $3 There has been a massive evolution recently.Over the last few years, it has been a revolutionary change for FIFA esports in India.With the addition of the FIFA Global Series last season, we can now play all EA and official FIFA tournaments.

With the likes of the Global Series, FIFAe Club World Cup, and FIFAe Nations Cup, there has been considerable development in the tournaments we had back in the day.

When you talk about the pandemic, I reckon it was a blessing in disguise for us.Last year was the first time we had a Global Series in India.

Because it moved online, we had 16 spots instead of 2 or 4 spots for the whole Asian continent.This created an ample opportunity for all Indians to prove what we are capable of.

Q) Your breakthrough in the esports industry came with M10 eSports.How did it feel being signed for an esports team of a then-Arsenal player?

Welcome to the squad!!! Team mein apka hardik swagat hai👍🏼 #M1Ö #TeamOzil https://t.co/nGenrIyhaG Siddh: It was a dream come true for me.It was my first official contract, so it was special to me, and I was blessed to get it from Mesut.As an Arsenal fan, I don’t think it can get any better.That was my first professional contract, and it will stay with me forever.

Q) One of the greatest moments in your fledgling career has been representing India at the eNations Online Qualifiers.

How was the experience?

Siddh: Last season was the first time India was eligible to play all these tournaments.

The Indian football team began their qualifiers to choose the eNational team.I was fortunate enough to be selected.Charanjot and I finished 3rd in West Asia.

The highlight of that tournament was beating Saudi Arabia, which is arguably one of the best countries in the world when it comes to FIFA.We managed to defeat them 8-2.

That is when we put India on the FIFA map and stamped our authority in the FIFA scene in Asia.I am glad we had the chance, and I want to give massive credit to AIFF for setting all of it up.

Q) A huge step was taken last year with the introduction of the eISL.What was the overall level of competition in the qualifiers?

Siddh: To be honest, I was disappointed with how they hosted the entire event.I had to back out of eISL due to personal reasons.

However, it is an excellent addition to the FIFA scene in India .

We all used to dream of an official league like this.Reliance and eISL have taken a great initiative in organizing the tournament.It is a four-month event, and there are matches every week.The production makes it amazing to watch, and the FIFA community in India will only grow from here.

Q) Despite winning the eISL qualifiers for your local club, Mumbai City FC, you chose not to take part in the eISL.

Do you stand by the decision, or do you regret it now?

I have a professional contract with Mumbai City FC for the Global Series.Hence, my complete focus is to perform well there.

“It was my first official contract, so it was special to me, and I was blessed to get it from Mesut”: Siddh (Image via Siddh) Q) At such a young age, you’ve already represented both Mumbai City FC (local club) and M10 Esports (the esports organization of an Arsenal player).

What is your next target?

Siddh: There is no target as such.

I was disappointed with my displays last season.

I finished 56th in last year’s FIFA Global Series, which was far from what I am capable of.However, it was my first official season, so I took a lot of learnings and positives from it.I have started this season very well.

I am currently 2nd in South Asia.I want to make it to the playoffs and eventually the eWorld Cup.Mumbai City FC is a great team, and I want to ensure that I represent them at the highest level.

$3 $3 $3 Q) How have you found FIFA 22 so far? Is it better than the previous installment, or are the metas and glitches still prevalent?

Siddh: There will always be glitches as it is just a video game.

When the title comes out, people are still learning the meta.All we can do about the glitches is master them and use them to our advantage.

The game is more open, and there is a skill gap to a certain extent.I wouldn’t complain about the gameplay as it is the same for everyone.The more you play, the better you get at it.

Q) With TOTY lurking around the corner, name a few players who merit a place in the squad based on their real-life performances.

Siddh: I will give you my TOTY.

Based on last year’s performances, the team should be:

Siddh: Since I started playing competitively, I usually play 4-2-3-1 or 4-4-2 variants.I always use the same couple of formations in every FIFA edition because they offer excellent balance to the team.

The Brazilian Ronaldo has to be there when talking about my favorite cards.

Thanks to some good pack luck, I am fortunate enough to have him this year.The other two cards I have loved using in the recent FIFA editions are two Frenchmen: Kylian Mbappe and Patrick Vieira.

Siddh: After the FIFA 21 cycle ended, I played a lot of Call of Duty .I love watching competitive COD.

I started to follow the competitive CDL, and I am a massive OpTic fan.I love watching and playing COD when I get the time..

Sun Jan 16 , 2022
Buying a new TV isn’t getting any easier.While TV screen size, picture technology, contrast ratio, backlighting, refresh rate, and stand-out smart features are improving every day, this means there’s plenty more to consider nowadays when forking over the dough for your new living room set. Choosing that TV, however, is […] 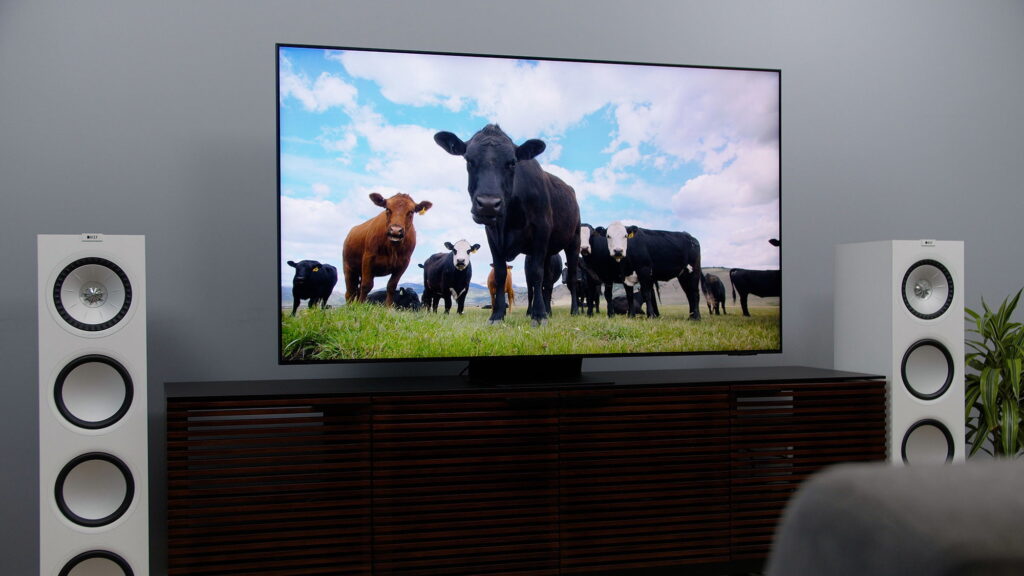