A woman paying for her meal in a café using a contactless payment chip implanted in her hand Patrick Paumen causes a stir whenever he pays for something in a shop or restaurant.

This is because the 37-year-old doesn’t need to use a bank card or his mobile phone to pay.Instead, he simply places his left hand near the contactless card reader, and the payment goes through.

“The reactions I get from cashiers are priceless!” says Mr Paumen, a security guard from the Netherlands.

He is able to pay using his hand because back in 2019 he had a contactless payment microchip injected under his skin.

“The procedure hurts as much as when someone pinches your skin,” says Mr Paumen.

A microchip was first implanted into a human back in 1998, but it is only during the past decade that the technology has been available commercially.

And when it comes to implantable payment chips, British-Polish firm, Walletmor, says that last year it became the first company to offer them for sale.

“The implant can be used to pay for a drink on the beach in Rio, a coffee in New York, a haircut in Paris – or at your local grocery store,” says founder and chief executive Wojtek Paprota.”It can be used wherever contactless payments are accepted.”

Walletmor’s chip, which weighs less than a gram and is little bigger than a grain of rice, is comprised of a tiny microchip and an antenna encased in a biopolymer – a naturally sourced material, similar to plastic.

Mr Paprota adds that it is entirely safe, has regulatory approval, works immediately after being implanted, and will stay firmly in place.It also does not require a battery, or other power source.The firm says it has now sold more than 500 of the chips.

The technology Walletmor uses is near-field communication or NFC, the contactless payment system in smartphones.Other payment implants are based on radio-frequency identification (RFID), which is the similar technology typically found in physical contactless debit and credit cards.

An x-ray showing a Walletmor implant, which are injected into a person’s hand after a local anaesthetic For many of us, the idea of having such a chip implanted in our body is an appalling one, but a 2021 survey of more than 4,000 people across the UK and the European Union found that 51% would consider it.

Story continues However, without giving a percentage figure, the report added that “invasiveness and security issues remained a major concern” for respondents.

Mr Paumen says he doesn’t have any of these worries.

“Chip implants contain the same kind of technology that people use on a daily basis,” he says, “From key fobs to unlock doors, public transit cards like the London Oyster card, or bank cards with contactless payment function.

“The reading distance is limited by the small antenna coil inside the implant.The implant needs to be within the electromagnetic field of a compatible RFID [or NFC] reader.Only when there is a magnetic coupling between the reader and the transponder can the implant can be read.”

He adds that he is not concerned that his whereabouts could be tracked.

“RFID chips are used in pets to identify them when they’re lost,” he says.

Yet the issue with such chips, (and what causes concern), is whether in the future they become ever more advanced, and packed full of a person’s private data.And, in turn, whether this information is secure, and if a person could indeed be tracked.

Financial technology or fintech, expert Theodora Lau, is co-author of the book Beyond Good: How Technology Is Leading A Business Driven Revolution.

She says that implanted payment chips are just “an extension of the internet of things”.By that she means another new way of connecting and exchanging data.

Theodora Lau says that in the future we’ll need to know where to draw the line when it comes to these types of implants Yet, while she says that many people are open to the idea – as it would make paying for things quicker and easier – the benefit must be weighed up with the risks.Especially as and when embedded chips carry more of our personal information.

“How much are we willing to pay, for the sake of convenience?” she says.”Where do we draw the line when it comes to privacy and security? Who will be protecting the critical infrastructure, and the humans that are part of it?”

“There is a dark side to the technology that has a potential for abuse,” she says.

“To those with no love of individual freedom, it opens up seductive new vistas for control, manipulation and oppression.

“And who owns the data? Who has access to the data? And, is it ethical to chip people like we do pets?”

The result, she cautions, could be “the disempowerment of many for the benefits of a few”.

Steven Northam, senior lecturer in innovation and entrepreneurship at the University of Winchester, says that the concerns are unwarranted.In addition to his academic work he is the founder of UK firm BioTeq, which has been making implanted, contactless chips since 2017.

Its implants are aimed at people with disabilities who can use the chips to automatically open doors.

“We have daily enquiries,” he says, “And have carried out over 500 implants in the UK – but Covid caused some reduction in this.”

“This technology has been used in animals for years,” he argues.

“They are very small, inert objects.There are no risks.”

Mr Paumen also has magnets implanted in his fingers Back in the Netherlands, Mr Paumen describes himself as a “biohacker” – someone who puts pieces of technology into his body to try to improve his performance.He has 32 implants in total, including chips to open doors and imbedded magnets.

I wouldn’t want to live without them,” he says.

Tue Apr 12 , 2022
valentinrussanov / Getty Images Earning extra money on the side can be easy when you know what types of opportunities to look for.Whether you want to pay off student loan debt, start saving for a big-ticket purchase or build up a fund for the future, finding one of the best […] 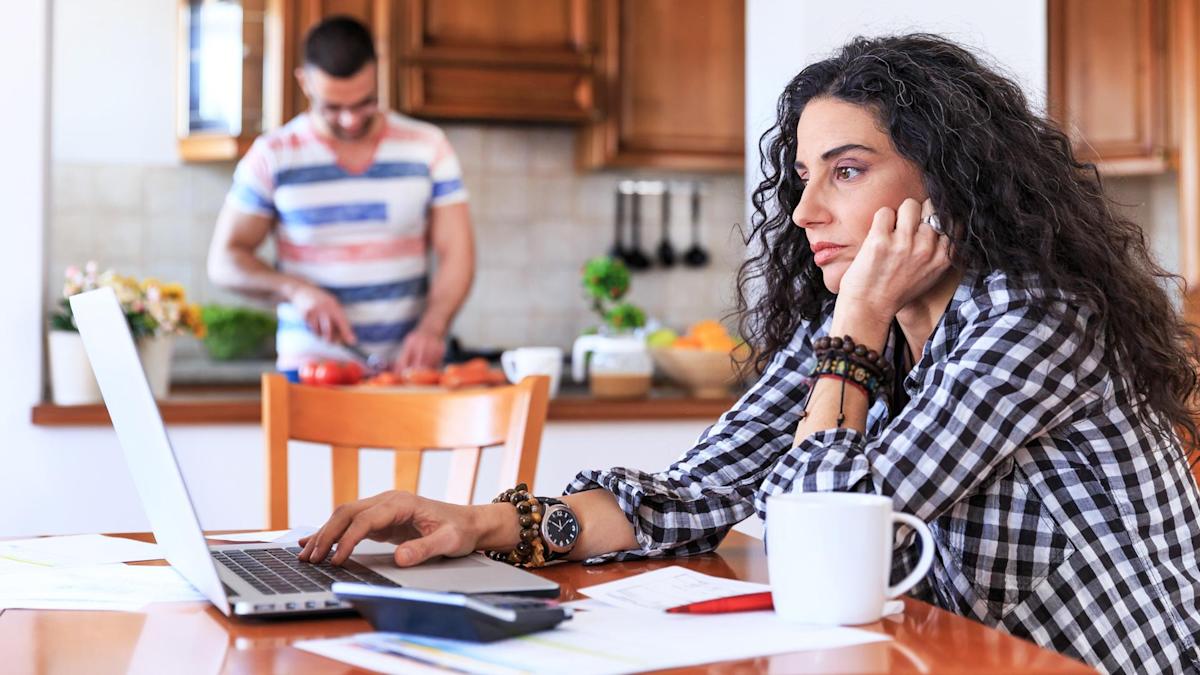