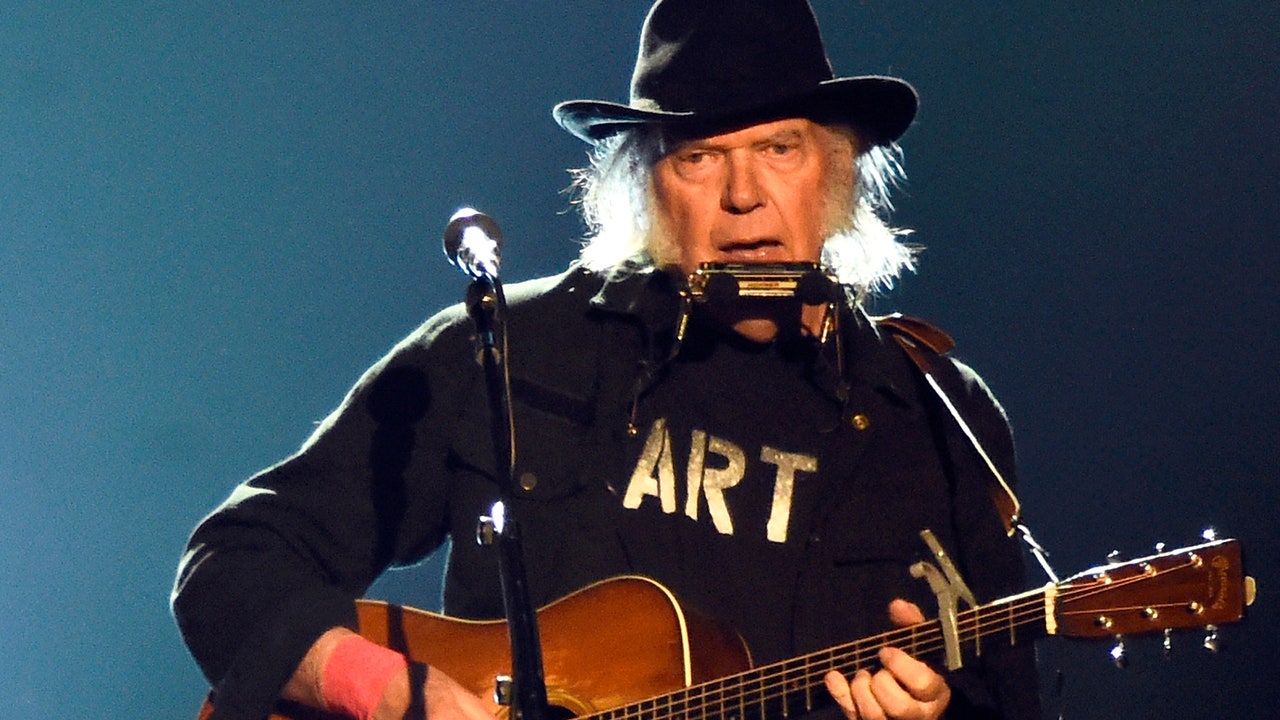 On Christmas Day 2021, Neil Young released an album called Summer Songs exclusively via the Neil Young Archives—the quirky, glitchy, and ultimately awesome subscription streaming service he launched four years earlier.A previously unreleased collection of solo piano and guitar performances from Young’s mysterious era in the late 1980s, the record felt like a gift from the 76-year-old artist, hand-delivered to his most devoted fans.It arrived just weeks after his new studio album with Crazy Horse, which itself arrived just months after a new double live album from his most celebrated period.

Even before he removed his music from Spotify this week, in defiance of the streaming giant’s support of podcaster Joe Rogan and his COVID misinformation, Young’s freewheeling vision stood apart from his peers.Take Bob Dylan, whose archival work arrives in reliable, annual installments of the Bootleg Series; or Bruce Springsteen, whose obsessive approach sometimes involves re-recording vintage material to meet his present-day standards.(All three artists have recently sold their catalog rights to large conglomerates.

It will be interesting to see how these deals affect their releases going forward.)

Compared to other legacy acts, being a Neil Young fan can feel like being invited into his home, where you can sort through the catalog, listen to his stories, and find the gems for yourself.

It’s been a long time since he carried himself like a mainstream artist, if he ever did.Young has always expressed skepticism toward the industry status quo, instead following his insular, independent vision—even at the risk of challenging, or losing, his audience.

Had he not invested the past decade into his own personal streaming service, Young might have felt just as at home becoming Bandcamp’s prolific poster child.

In other words, Young doesn’t need Spotify—in the same way he didn’t need MP3s (“Download this/Sounds like shit,” went a line from 2009’s “ Fork in the Road ”), iPods ( Pono anybody?), or even CDs.When I was first becoming acquainted with Young’s music in the early 2000s, I was unable to hear what many fans considered his greatest album, 1974’s On the Beach, which for decades he refused to release on CD.

I didn’t own a record player, and I was yet to find my way around MP3 blogs, so I just had to wait.(The previous year’s Time Fades Away, another personal favorite, has still not officially arrived on the format.)

This was also Young’s dream for a while.“Technology is supposed to make life better for everyone,” he wrote, 10 years ago, in his memoir Waging Heavy Peace, suggesting that wider access to music wasn’t the problem—it was the compromised sound quality, and how the wrong people were making money.With his statement this week, Young escalates his grievances—to his mainstream audience, he is now framing Spotify as not just the latest extension of a morally bankrupt music industry, but also as a willing vessel for harmful misinformation.And so he began developing an alternative: “I believe in what I am trying to do and that good karma will come from it,” he wrote in his memoir.“It’s just a matter of time.”.

Sun Jan 30 , 2022
“The Bus” has gone back to school. Thirty years after his final season as a running back for the University of Notre Dame, Pro Football Hall of Famer Jerome Bettis is back at his alma mater to finish his college degree. Bettis, 49, is now months away from fulfilling a […]