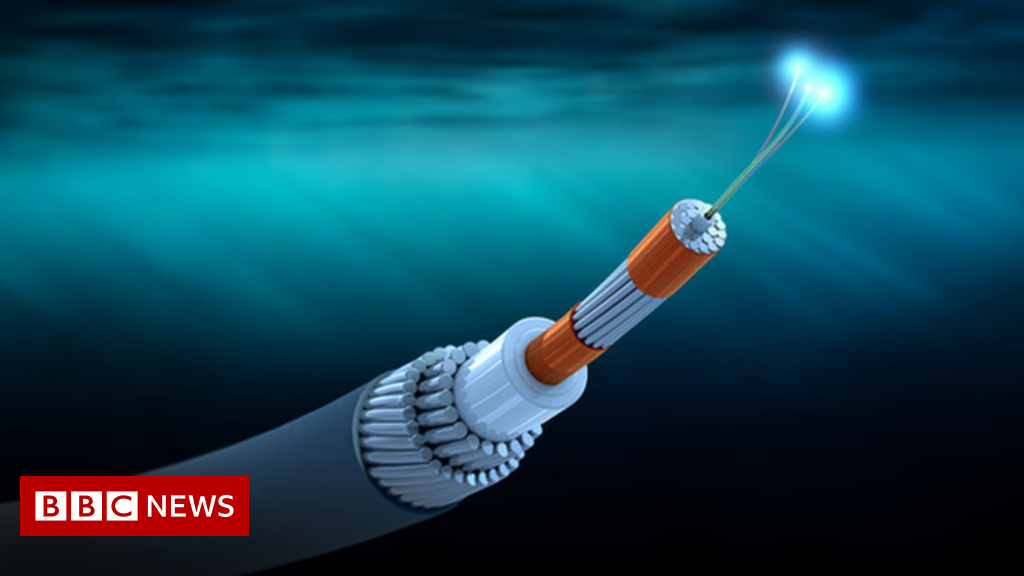 How will Tonga’s broken internet cable be mended? By Jane Wakefield

13 Related Topics Tonga volcano and tsunami Image source, Getty Images Image caption, It is estimated that there are more than 430 cables around the world, spanning distances of 1.3 million km (800,000 miles) An undersea fibre-optic cable which connects Tonga to the rest of the world was severed during the eruption of a volcano.

New Zealand’s ministry of foreign affairs says it could take more than a month to repair the 49,889km (31,000miles) of cable in the South Pacific.

The undersea eruption – followed by a tsunami – led to Tonga’s 110,000 people being cut off.

A 2G wireless connection has been established on the main island, using a satellite dish from the University of the South Pacific.But the service is patchy, and internet services run slowly.

How will the cable be fixed? The cable, which is operated by Tonga Cable, is believed to have broken about 37km (23 miles) offshore.

According to Reuters, fault-finding conducted by the company in the aftermath of the volcano seemed to confirm a cable break.

The process of mending it is actually quite simple, according to principal engineer at Virgin Media, Peter Jamieson, who is also vice-chairman of the European Subsea Cable Association.

“They will send a pulse of light from the island and a machine will measure how long it takes to travel and this will establish where the break is,” he explained.

Then a cable-repair boat will be sent to the location of the first break.

It will use either an ROV (remotely-operated underwater vehicle) or a tool known as a grapnel (basically a hook on a chain) to retrieve the broken end.

That will be re-joined to fresh cable on board the boat and then the same process will happen at the other end of the break.If all goes well, the whole process will take between five and seven days.

Why might it take longer? Image source, Getty Images Image caption, The specialised repair boat will take a while to get to the islands It will take time to get a cable repair boat to the archipelago and the closest one is currently stationed in Port Moresby, Papua New Guinea – about 4,700km (2,900 miles) away.

Experts will have to determine that the area is safe for the boat and the crew, and that no more volcanoes are likely to erupt.

Do these cables break often? It is estimated that globally there are up to 200 repairs carried out every year, but natural disasters causing them are rare.90% of breakages come from fishing-boat nets or anchors.

Increasingly, tracking technology is being used to inform operators about any boats in areas likely to pose a danger to cables, so that they can be contacted directly to warn them.

Data cables are made up of fibre-optic strands of glass, but much of the thickness of the cable is just protective casing for the glass strands.

Cables that run over a continental shelf have to be buried between one and two metres deep.However, many just lie on the ocean floor because they are too deep under the sea for much to damage them.

The exception to this is natural disasters, such as happened in Tonga.In 2006, an earthquake off the coast of Taiwan broke a cable, and led to a loss of internet and international phone services in the region.

How vital are these cables? Image source, TeleGeography In Western countries, if one cable breaks it is not a problem, because there are many others.

The UK, for example, has about 50 cables feeding data into the country.

In Tonga, there was just one.”Ideally you would have at least two cables as a minimum,” said Mr Jamieson.”But cables are expensive and there is no drive for Facebook, Google or anyone to build one there.”

After an earlier cable break in 2019 – from a ship’s anchor – Tonga signed a 15-year deal to get satellite connectivity.

But the use of satellite phones has been affected by the volcanic ash blanketing the country.Some people have reported they can only dial out – and not receive calls.

Because of the cost, the use of satellite phones is limited to government officials, and some businesses.

Mobile network provider Digicel has set up an interim system on the main island of Tongatapu, using the University of the South Pacific’s satellite dish to provide limited 2G coverage.

Published 4 days ago Where are the world’s undersea cables?

BOMBSHELL: Biden Family Scored $31 Million from Deals with Individuals with Direct Ties to the Highest Levels of Chinese Intelligence

Tue Jan 25 , 2022
The Biden family scored $31 million from five deals in China, all with individuals with direct ties to the Chinese spy apparatus, according to a bombshell new book. Multiple financiers with direct ties to Chinese intelligence partnered with Hunter Biden during and after his father’s time as Vice President — […] 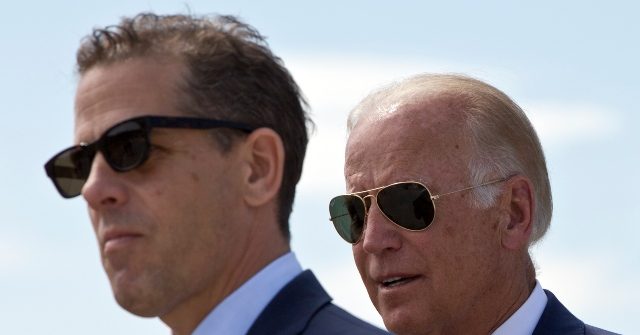