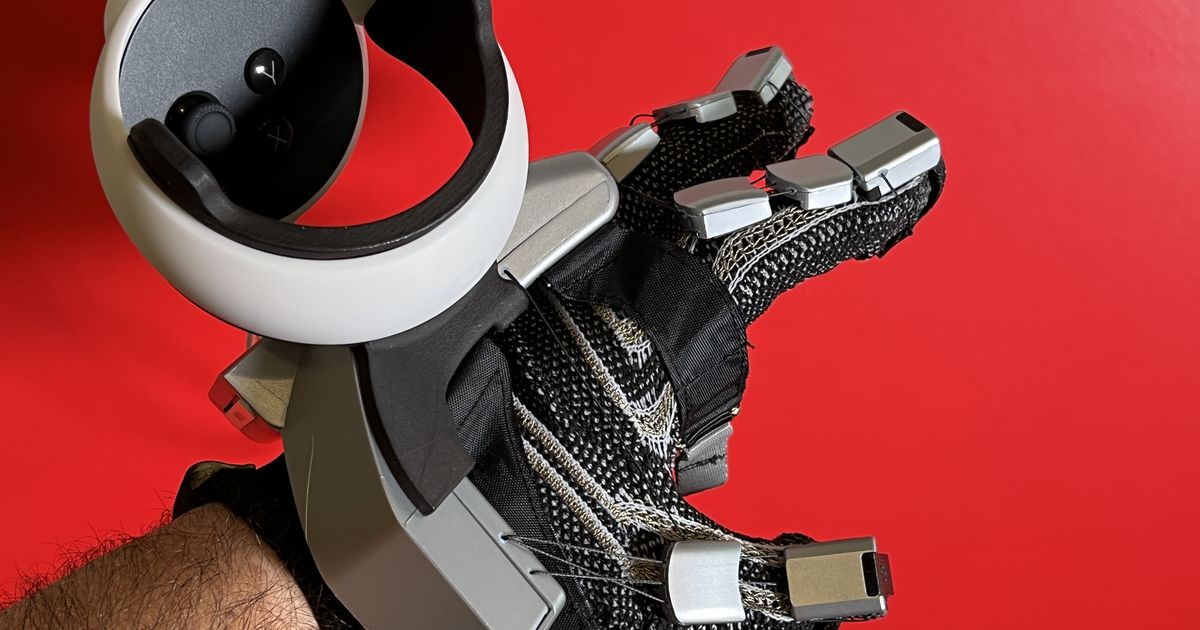 My very first attempt at trying home VR haptic gloves was awkward.I stretched a pair of knitted gloves over my hands, adjusting little plastic tips, delicately screwing in holsters on the backs of large, plastic battery packs.I slotted Oculus Quest 2 controllers into slots over my gloves.Then, for a few minutes I was picking up robotic parts, pushing buttons and pulling levers in VR — and in a weird way, I felt little cables pulling back on my fingers, almost like puppet strings.I felt a clicking sort of resistance, as my fingers brushed a virtual soda can and crushed it.

I could feel a semblance of what I was doing with my fingers.The SenseGlove Nova haptic gloves I wore are absolutely not for everyday Quest 2 owners.First of all, the gloves cost about $5,000.

And second, they don’t work with any of the Quest’s ordinary apps and games.I had to sideload a demo app made to work with the gloves, which could be Bluetooth paired to the Quest 2 after I put it in developer mode.The gloves are primarily designed for Windows VR and AR headset users, but can also work with Quest headsets.But the gloves bring up one of the weirdest challenges in VR right now: How do new controls evolve to become something everyone can find useful and actually get work done with? You can see how the little cables cause resistance and haptic feedback, along the backs of my fingers.

The current VR landscape is filled with fun gaming headsets that can’t be worn for very long, equipped with controllers that look like game console gamepads for your wrists.The Quest 2 controllers are what most VR controllers look like and — while they have analog sticks, buttons, and even track a bit of finger motion — they’re made for games and maybe fitness, not work.Hand tracking without controllers already works with the Quest 2 and some other VR and AR headsets, but without any physical inputs, precise controls are still hard to pull off.Microsoft’s HoloLens 2 , years old already, only uses hand tracking.

Its designer, Alex Kipman, sees physical feedback like vibration as a necessary next step .Facebook parent company Meta feels the same way and has already detailed future research efforts to make wrist-worn haptic feedback wristbands that can sense neural inputs, as well as larger-scale haptic gloves that use air bladders to create a sense of touch.

Companies like HaptX already make advanced haptic gloves that create a variety of pressure sensations, but the gloves cost tens of thousands of dollars.I’ve never tried HaptX gloves (I hope to).

The SenseGlove Nova is the closest I’ve gotten so far.

Unpacking the SenseGlove Nova gloves at home.The SenseGlove Nova brings the cost down (relatively) and they’re wireless, something that other larger-scale haptic gloves aren’t.They use a combination of little cords that pull back on my fingers as I move them, simulating resistance and vibrations that feel like the buzzes on any smartwatch, phone, or game controller.The gloves arrived in a little briefcase, delivered to my house.

They’re weird, a little bulky, with a few hand-fastening clips.They feel like ski gloves with battery packs and hardware knitted in.The gloves still require VR controllers to add proper motion sensing: The Quest 2 controller brackets I added are like little plastic loops that the Touch controllers slide onto.The gloves feel a little heavy and weird with the controllers on.Also, setting things up properly and launching the app means taking the gloves off and on, or asking someone for help.Controller adapters are needed for tracking on Oculus and Steam VR, which bulks the handwear up a bit.As I reach out to grab objects in the app, it’s a familiar feeling based on my previous Oculus experience — after all, plain hand tracking does similar stuff.

The difference happens when I make contact with virtual things.I feel a pulling on my fingers, like a puppeteer pulling my finger’s marionette strings back.Plus, a clicky sort of vibration.It can either feel glitchy, or like making contact.

The synchronization with in-world objects isn’t always perfect in my brief demo.It doesn’t feel like I can “feel” the edges of things, or the nuance of an object.If I were blindfolded, I’d have no idea what any of these sensations even meant.It’s designed now to be more of a helpful feedback system for the otherwise sensation-free world of hand tracking.Using the Quest controllers for tracking also improves the tracking accuracy over using in-headset cameras to look for your fingers and hands.The gloves next to a Quest 2 plus Quest controllers: a bunch of gear! In VR, my biggest concern for things like “work” or using headsets as a type of monitor-extension for my computer is… can things get better than those clunky controllers? Putting them down and swapping to hand tracking works, but isn’t ideal.

Companies like HTC have wrist-worn Vive Wrist Trackers coming this year that will work to enhance hand tracking in VR, but they’re designed for business use and don’t have any vibrating haptics.Facebook/Meta’s wrist trackers for AR/VR may still be years away.Using experimental work apps like Horizon Workrooms , which admirably tried to map my laptop keyboard and display into VR, can work… sometimes.

Haptic gloves are a VR dream as old as the ’90s cyberpunk books I read as a kid, or every Ready Player One-alike VR future utopia or dystopia.That said, I was fine with taking the gloves off again after a few minutes of demoing, gently wiggling my fingers out of the knitwear, careful of the spaces between the plastic and cables.We’re not there yet.

But devices like the SenseGlove Nova are showing the struggles still ahead in finding the right way to figure it all out..

The longest year ever, 2021, is finally over. But for all th

Sat Jan 15 , 2022
The longest year ever, 2021, is finally over.But for all the trials and tribulations it put us through, there’s no denying there were some great games that helped us get through it all.Like Microsoft and Nintendo , Sony had a solid year with strong exclusives like Deathloop , Kena: Bridge […] 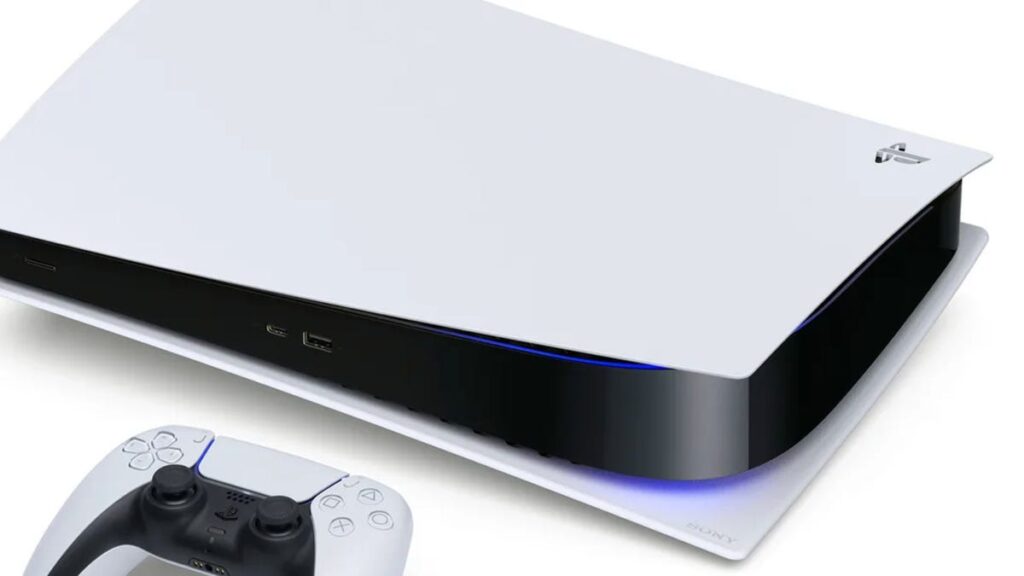