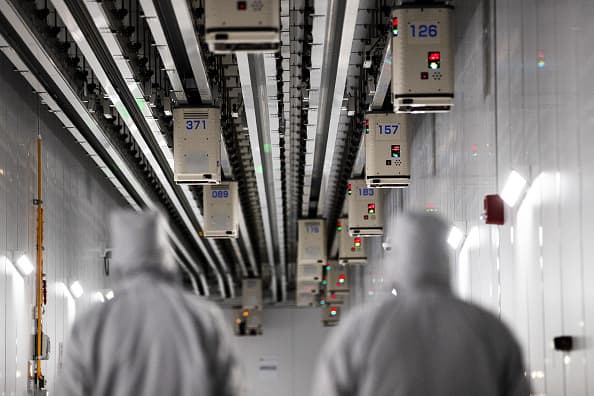 Chipmakers have been clear winners in the pandemic era, and the momentum in the semiconductor space is set to remain strong going into 2022, according to a report released Monday by trade credit insurer Euler Hermes.”The current semiconductor cycle has been firing on all cylinders since the industry emerged from its worst recession in 2019,” analysts at Euler Hermes said.Semiconductor sales are expected to grow by another 9% and cross $600 billion for the first time in 2022, the analysts predicted.That’s on top of the 26% growth to $553 billion in 2021, they added.A months-long semiconductor shortage during the pandemic impacted a wide-range of industries — from automobiles to gaming consoles — as chipmakers struggled to keep up with unprecedented demand as global economic activity bounced back from the Covid crisis.While major chipmakers like TSMC have already announced plans to increase capacity, it usually takes years before these facilities come online.TSMC’s Taiwan-listed shares have already surged more than 80% in roughly two years.

Three factors have driven up sales so far, analysts from Euler Hermes said.They are: Looking into the new year, the analysts said those same three market drivers are expected to ease as demand growth normalizes and new production capacities come online in an accelerated fashion.In addition, the analysts identified four risks faced by the semiconductor sector: Several factors are also expected to “set the tone for 2022” in the chip sector, according to Aurelien Duthoit, sector advisor for technology and retail at Euler Hermes.Beyond normalization of demand in areas such as computers and servers, Duthoit identified factors such as “unpredictable and random events” hurting major semiconductor manufacturing locations like Taiwan and South Korea.Fresh developments in the technological “Cold War” between the U.S.and China could also prevent semiconductor technology specialists from selling to Chinese companies, he added..

Tue Jan 4 , 2022
Samsung is revealing a new lineup of smart TVs at CES 2022 today, including features as exotic as radio-wave powered remote controls and support for NFTs — and they also happen to be the first Samsung sets in a while to let you play triple-A video games from the cloud […] 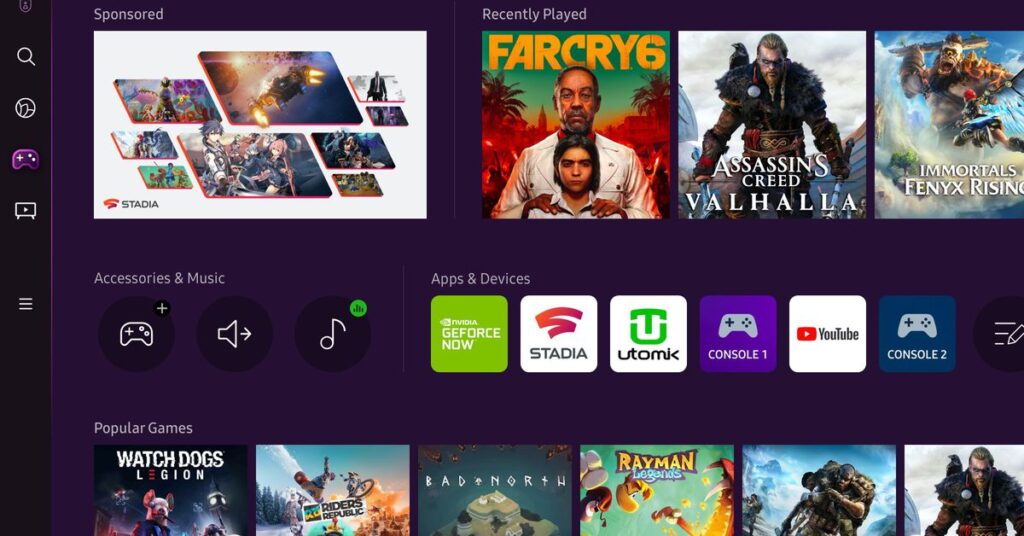