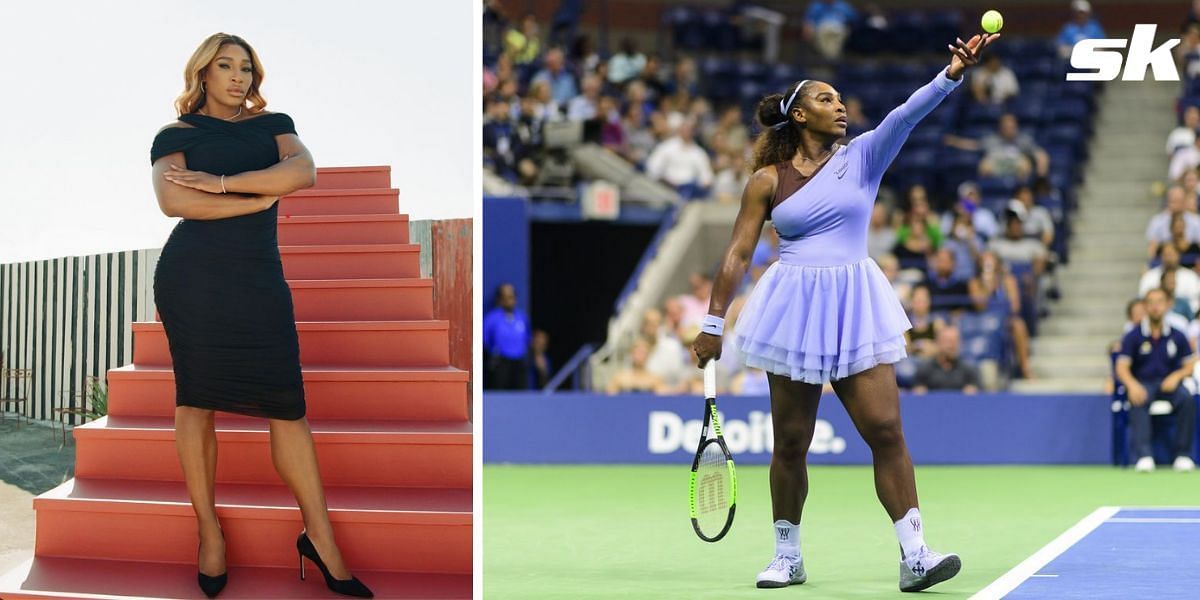 ‘) > -1) { addClass($(‘.section-container’), ‘pill-tag’); } The Fashion Institute of Technology in New York on Wednesday honored Serena Williams with the Fashion Icon Breakthrough award at its annual awards gala.

The event, which serves as a fundraiser for charity programs and student scholarships, aims to honor trailblazers in fashion and has hosted some notable names from within the American fashion industry.

Williams has ventured into several fashion-related projects over the course of her unprecedented career.The 23-time Grand Slam champion signed a contract with Nike back in 2004 and has since worn an eclectic range of custom-made outfits in her matches.She is also the owner of a jewelry brand and clothing line, ‘ S by Serena ‘.

The former World No.1 has featured on covers of popular magazines such as Vogue and Sports Illustrated , and has flaunted numerous compelling looks at the Met Gala in the past.Last month, she walked the ramp for late designer Virgil Abloh’s final showcase at Paris Fashion Week.

While accepting her award through a video call, Serena Williams emphasized that she hopes to inspire the upcoming generation of fashion enthusiasts.

“I only hope to pay this forward by encouraging the next generation of queens and kings in being bold and unconventional,” Williams said in her acceptance speech.

She also took to Instagram to express her gratitude to the Fashion Institute of Technology, hailing fashion as an expression of one’s “inner power”.

“It was an honor to be recognized as a “Fashion Icon” by the Fashion Institute of Technology — an internationally recognized leader in education in design, fashion and business,” the 40-year-old wrote on Instagram.”I’ve always felt it is super important to celebrate your inner power through your exterior statement and make that your fashion statement.” Serena Williams hints at Wimbledon return Luis.

@serenapower_ SERENA’S COMING BACK FOR WIMBLEDON 8:21 AM · Apr 7, 2022 457 66 SERENA’S COMING BACK FOR WIMBLEDON https://t.co/tt9Tq1i4x8 Serena Williams was last seen in action at Wimbledon 2021 , where she was forced to withdraw from her first-round match due to a foot injury.She is yet to commence her 2022 season and there is uncertainty over her return to competition.

In a recent Instagram story with NFL player Aaron Rodgers , Williams insinuated that her hiatus isn’t indefinite, after all.She revealed that she “can’t wait” to play at Wimbledon later this year.

“We’ve been talking about my comeback and he’s been hyping me up and getting me ready for Wimbledon.Can’t wait!,” the 23-time Major winner said.

Also Read Article Continues below Serena Williams to be honored as fashion icon at FIT Gala Serena Williams launches new collection for her ‘S by Serena’ fashion brand 5 best outfits sported by Serena Williams over the years The tennis great has used her time off court to nurture her clothing line and promote her father’s biopic, King Richard.The film was released last November to critical acclaim and went on to bag the Best Actor award for Will Smith at the recently-held Oscars..

Iconic Edmonton establishment has the blues over patio problems with city - Edmonton | Globalnews.ca

Fri Apr 15 , 2022
The patio at iconic Edmonton music bar Blues on Whyte is quiet these days. While the season is changing and weather is warming up, the chairs are up, tables are covered and there’s a lock on the patio gate. “[The city of Edmonton] gave us a stop use order with […]