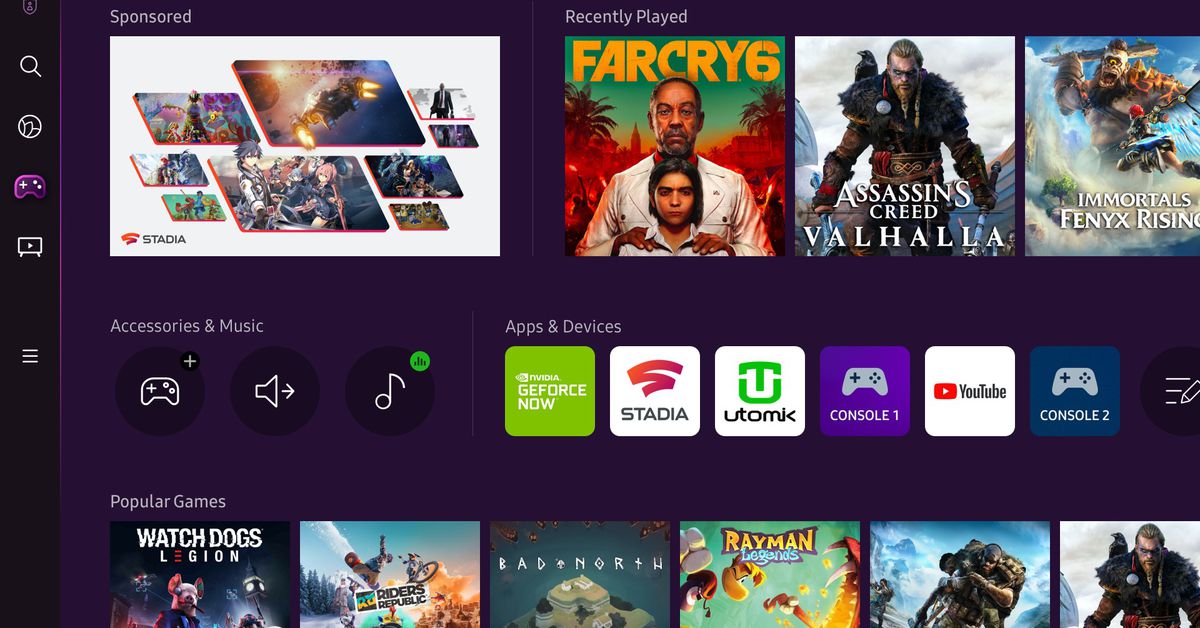 Samsung is revealing a new lineup of smart TVs at CES 2022 today, including features as exotic as radio-wave powered remote controls and support for NFTs — and they also happen to be the first Samsung sets in a while to let you play triple-A video games from the cloud instead of just your Xbox, PlayStation or PC.After an vague tease in October , Samsung is now confirming that “select” 2022 models will explicitly offer access to Nvidia’s GeForce Now, Google Stadia, and the Utomik cloud gaming service as part of a new “Samsung Gaming Hub,” a user interface which Samsung’s intending to expand to additional services as well.

The Samsung Gaming Hub isn’t just for cloud gaming, either.Intriguingly, the company says that your HDMI-connected video game consoles will be part of it as well — complete with passthrough controller inputs.That means you might be able to play cloud games and console games with the same controller, instead of having to maintain separate controllers or pair back and forth, with both PlayStation and Xbox controllers supported at launch.It’s also promising “AI Gaming technology” that will create curated game recommendations on your TV’s home screen, which…okay, sure.

It’s interesting to see TV manufacturers embrace cloud gaming again, after a bit of a lapse.

While LG and Samsung both competed for the rights to stream games from Gaikai and OnLive back in 2012 , and some Samsung TVs offered Sony’s PlayStation Now between 2015 and 2017 , it’s only this winter that LG and Samsung are back in the game with Nvidia and Google’s services.

It wasn’t initially clear whether Samsung’s TVs will offer the best picture and audio quality for cloud gaming quite yet, as the company was unable to say whether either GeForce Now or Google Stadia would offer 4K streaming, but Google confirmed to The Verge after publish that Stadia will indeed offer its 4K tier for Stadia Pro subscribers via the Samsung Gaming Hub.

As for Nvidia, “We are working with partners to bring their best levels of service to our platform,” reads part of a statement from Samsung gaming product director Mike Lucero to The Verge .

“We will be announcing details as we get closer to launch.”

If you’ve got an earlier Samsung Smart TV, there’s also no telling whether you’ll get access to any of these features.“We are starting with our 2022 models and are working to make the Gaming Hub available to even more Samsung customers,” writes Lucero.

It’s interesting to me that Microsoft’s Xbox Cloud Gaming, aka xCloud, isn’t part of this launch.Microsoft and Samsung prominently partnered on cloud gaming in February 2020, and we got xCloud on a smart fridge and some Samsung Android phones, but the Xbox app for smart TVs that Phil Spencer told us about in November 2020 hasn’t materialized yet.It only got a brief mention last June ahead of — instead of during — the E3 2021 video game expo.

Samsung Smart TVs have offered a Steam Link app for a while, but Lucero tells The Verge it won’t be part of this Gaming Hub.

Correction , 9:37 PM ET: Samsung says that GeForce Now, Stadia and Utomik will be offered via the hub, but will not come preinstalled on the TVs as we initially implied.Also, Samsung adds that Xbox and PlayStation controllers will be among those supported for passthrough.

Tue Jan 4 , 2022
Starfield Trends as Fans Call it Their Most Anticipated Xbox Game of 2022 The start of a new year means that new games are closer to becoming a reality, and [Bethesda](/category/bethesda/) ‘s [Starfield](/category/starfield/) is easily one of 2022’s most-anticipated.The game also seems poised as one of the biggest [Xbox](/category/xbox/) exclusives […] 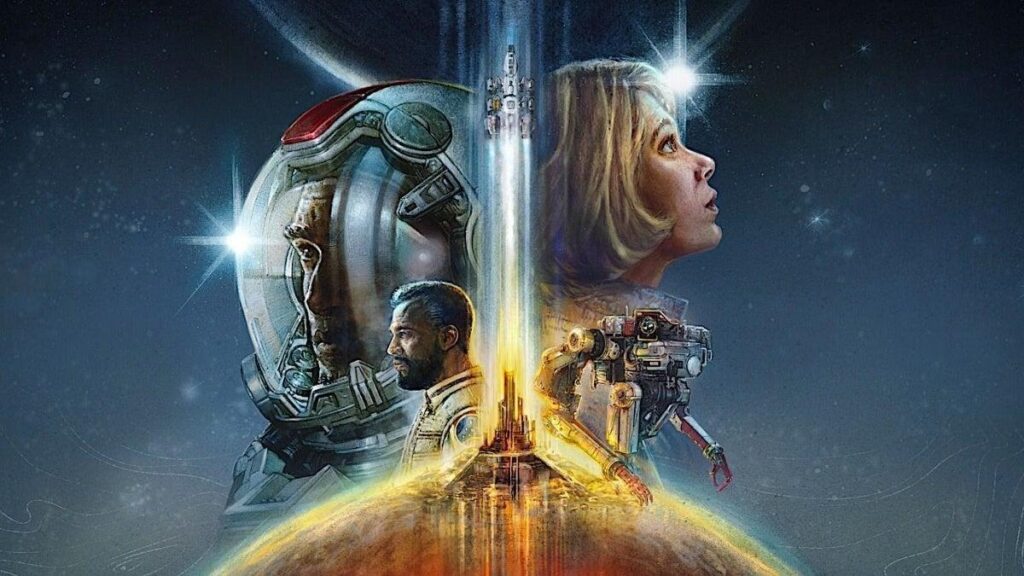