Lawyers for MyPillow CEO Mike Lindell are dodging requests to hand over discovery material for Dominion’s $1.3 billion defamation lawsuit , according to a court filing in the sprawling defamation case.In a filing submitted to the judge Monday night , the other lawyers in the case said Lindell’s lawyers stopped showing up to meetings designed to hash out a schedule for the case the day after Dominion’s lawyers served them with a request for documents.”Lindell and MyPillow’s change in position on whether the Court ordered and the Parties engaged in a conference presumably reflects their effort to avoid responding to requests for production Plaintiffs served the day before,” the filing said.The filing was signed by attorneys representing every other party in the case, including Dominion, Sidney Powell, Rudy Giuliani , and Smartmatic.

Attorneys for Lindell and MyPillow didn’t immediately respond to Insider’s request for comment.Dominion sued Lindell and his pillow company in February, alleging he damaged the company when he pushed false conspiracy theories about the election-technology company’s role in the 2020 election.About the same time, Dominion also sued Giuliani and Powell, two attorneys who worked for President Donald Trump and pushed baseless theories that the election was rigged for the benefit of now-President Joe Biden.In the intervening months, US District Judge Carl J.

Nichols, who is overseeing the lawsuits, denied motions from Lindell, Powell, and Giuliani to dismiss the lawsuits .Nichols also consolidated them into one case that will move to trial in tandem.Lindell has unsuccessfully tried to convince Nichols that he and MyPillow should be considered separate entities and has countersued Dominion, its public-relations company, Hamilton Place Strategies, and Smartmatic, a separate election-technology company also ensnared in election conspiracy theories.To move the cases forward, Nichols in September ordered all the parties to meet and hash out a schedule for the discovery process and additional motions.

According to the new filing, Dominion wants Lindell, Giuliani, and Powell to hand over documents related to the statements they made about Dominion in media interviews, as well as depositions.But after attending a few scheduling meetings, Lindell’s lawyers informed the others on January 6 that they didn’t want to participate in the scheduling conferences anymore.Lindell’s lawyers said they were planning to appeal to the Supreme Court Nichols’ rejection of their motion to dismiss and that they wouldn’t participate in discovery until then.”Lindell and MyPillow’s position is that they will refuse to participate in consolidated discovery unless and until they have fully exhausted their appeal of the Court’s denial of their Motions to Dismiss,” the new filing said, adding: “Lindell and MyPillow also said they are seriously taking appeals from both orders all the way to the United States Supreme Court, if need be.” When reached for comment on Tuesday night, Lindell told Insider that his lawyers are not taking part in these meetings “because we are waiting for the appeal to be ruled on.” Powell and Giuliani have not appealed Nichols’ ruling.Their attorneys said in the new filing they believed they would win their cases through summary judgment, a procedure by which the judge issues a ruling on the case without a jury trial.Until then, Dominion has asked Nichols for a deadline of September 29 for each party to hand over discovery material ahead of a trial expected to take place in 2023..

Wed Jan 26 , 2022
London (CNN Business) A car that can transform into a small aircraft has passed flights tests with flying colors in Slovakia, developers say. The “AirCar” was awarded an official Certificate of Airworthiness by the Slovak Transport Authority after completing 70 hours of “rigorous flight testing,” according to Klein Vision, the […] 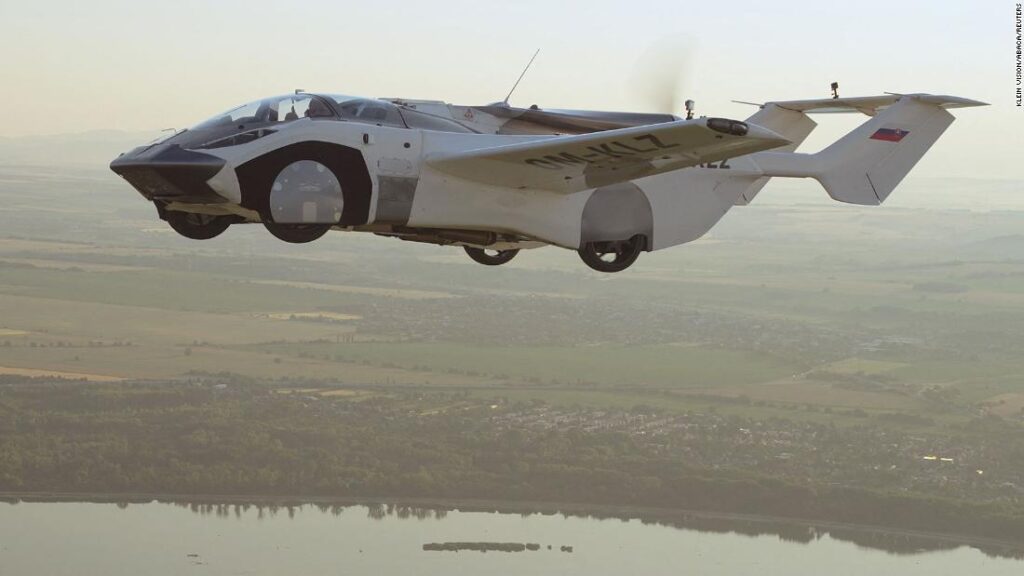