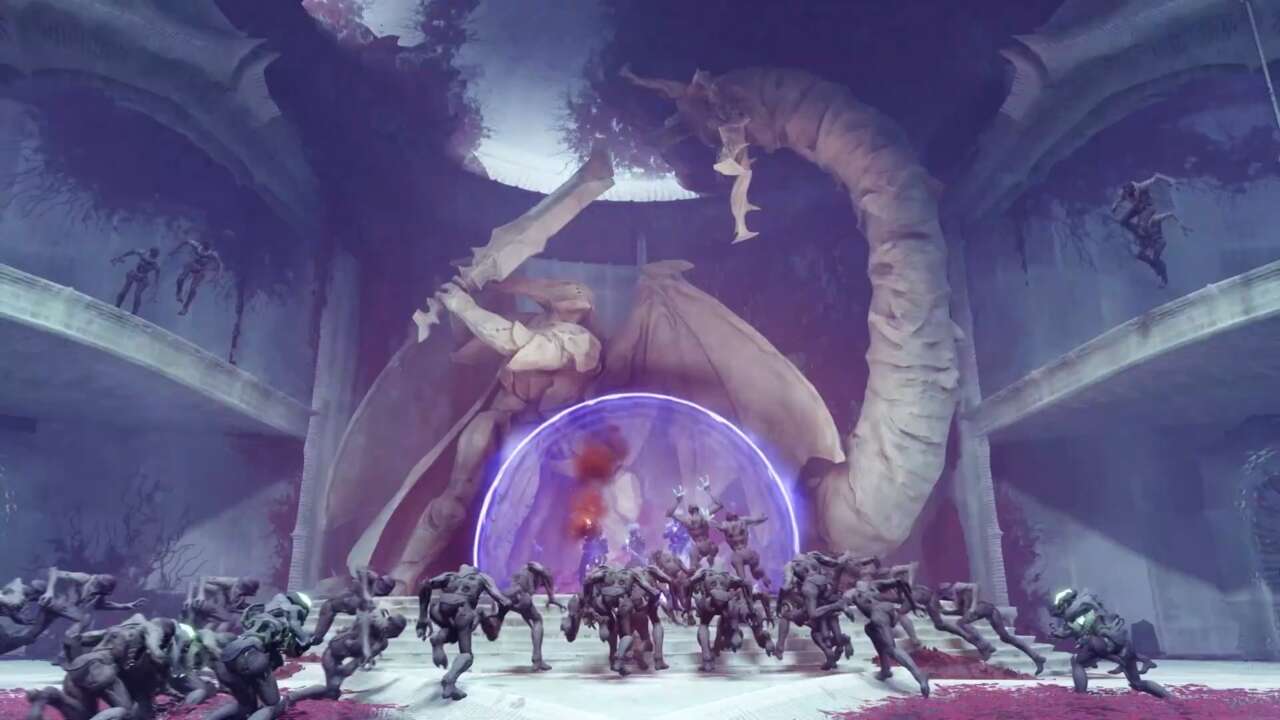 With Sony Acquiring Bungie, Will Destiny 2 Become A PlayStation Exclusive?

There’s good news if you’re a Destiny 2 player who uses PC or Xbox, but we’re still not sure what this might mean for Destiny’s future.

News that [Sony plans to acquire Destiny 2 maker Bungie](/articles/sony-buys-bungie-for-3-6-billion/1100-6500122/) added another tectonic shift to the games industry, and like [Microsoft’s acquisition of Activision](/articles/activision-blizzard-is-microsofts-biggest-acquisition-of-all-time-heres-how-it-stacks-up/1100-6499719/) before it, the deal immediately raised one enormous question: Will Destiny 2 now be a PlayStation exclusive? With a massive player base spread across various platforms–all of whom can now team up and compete together, thanks to cross play–the idea that a specific console-maker will control Destiny 2 is a potentially worrying one to fans of the franchise.

Immediately after news of the acquisition dropped, Bungie released an FAQ on its website clearing up some of those questions.It says definitively that no major changes are coming to Destiny in terms of console exclusivity or how you’ll play the game with the launch of The Witch Queen expansion on February 22.In fact, Bungie says nothing about its plans for Destiny 2 will change through its final three expansion of the current story arc, which it calls “The Dark Saga.” Bungie has announced two more expansions, Lightfall and The Final Shape, tentatively set for release in 2023 and 2024, respectively.So don’t expect anything to change about Destiny 2 for at least a couple of years.

Bungie is also developing new games and new intellectual property, but also said definitively that none of the games it currently has in development (about which we know very little) will be PlayStation exclusives, either.

“We want the worlds we are creating to extend to anywhere people play games,” Bungie wrote in the FAQ.”We will continue to be self-published, creatively independent, and we will continue to drive one, unified Bungie community.”

The question of what might happen with Bungie in the longer-term is an open one, but at least with Destiny 2, the developer has made serious inroads to make the game more accessible, not less.Though Bungie still sells expansions and season passes for Destiny 2, a portion of the base game is free-to-play, and its major initiatives lately have been cross play and cross save, allowing players to take their characters from platform to platform and to join up with friends regardless of where they are.

Splitting the player base wouldn’t be a great idea for Destiny 2, and it seems Bungie and Sony both realize that and aren’t looking to throw up roadblocks to play in the name of exclusivity.

But for games developed further in the future, that might not be the case.We only know what’s happening with Destiny 2 through The Final Shape, when the current story arc will come to a close.After that expansion, Bungie may well look to wipe the Destiny slate clean and start fresh with some kind of “Destiny 3,” which would allow it to build a stronger long-term MMO platform.At that point, we might be looking at some kind of PlayStation exclusivity.Only time will tell.

Kendall Blanton came up big for Rams in NFC title game vs. 49ers

Tue Feb 1 , 2022
The “next man up” mantra has been uttered for years in the NFL.Players that are considered backups are told to be mentally and physically prepared to contribute at any moment.Kendall Blanton’s moment came in last night’s NFC title game between the Los Angeles Rams and the San Francisco 49ers.In the […]