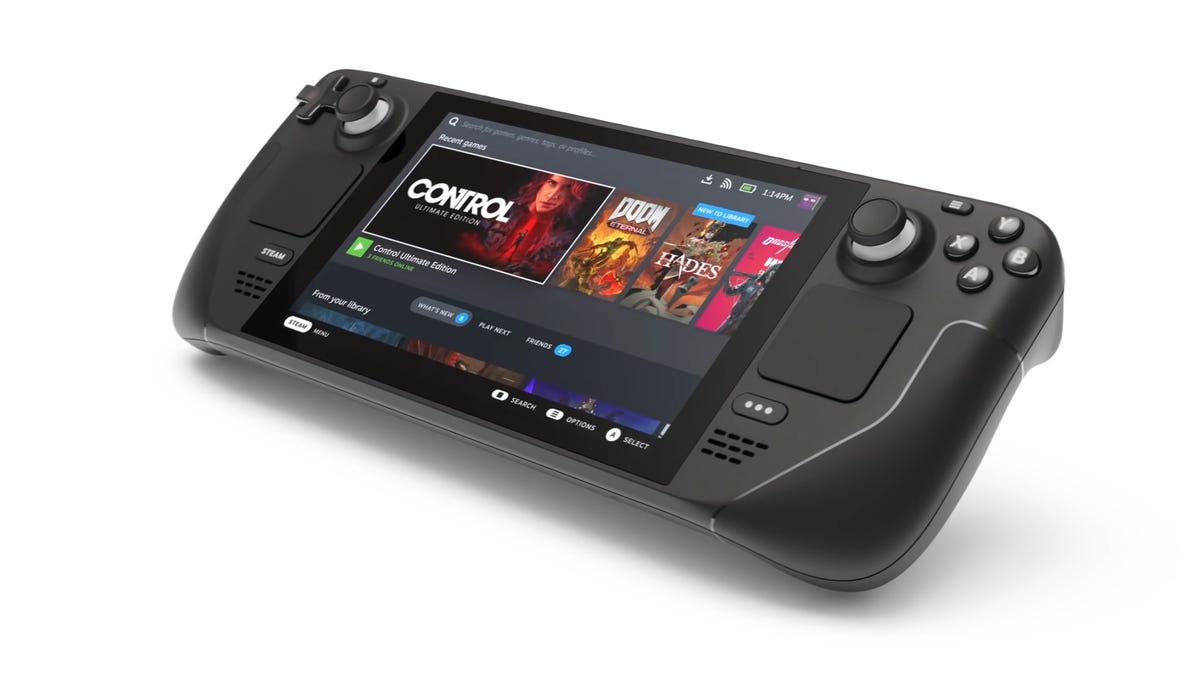 Valve announced a big feature for its highly anticipated Steam Deck: cloud saving.The cloud saving option will allow players to seamlessly transition from playing on PC, Steam Deck, and back again without losing any saved data.Advertisement The mobile gaming unit missed its initial holiday 2021 release window due to supply chain issues and will now begin shipping in February 25.Of course, that’s just when the earliest units will go out, and since Valve already split pre-orders into waves, you’ll likely get it a bit after even if you already snagged a spot.

The save feature, which Valve announced Tuesday, is called Dynamic Cloud Sync .It promises to be a bridge between traditional PC gaming and the Steam Deck, but it won’t be universal.Developers have to manually add the setting through Steamworks, and it’s unclear how many will, especially by launch.Still, Valve released detailed instructions for how to do so along with the announcement, so hopefully, enough developers will be able to make good use of it in the next few weeks.

“With Dynamic Cloud Sync, Steam will automatically upload all modified save game data to the cloud prior to the device entering sleep mode,” Valve wrote in the announcement.“Users can then resume their game on any PC, laptop, or other device.

Steam will also automatically download any save game changes when users return to their Steam Deck and wake up the device.”

Although cloud saving features have existed on handheld consoles like the Nintendo Switch and Sony’s forgotten son, the PlayStation Vita, Valve says the Dynamic Cloud Sync will be free.You still need a Switch Online account to access cloud saving on Nintendo’s console, which only works between other Switch models.

Buy for $65 at Amazon While Valve says that the feature isn’t a requirement for players to derive enjoyment out of their Deck, they recommend players take advantage of it to get “the best experience possible.”