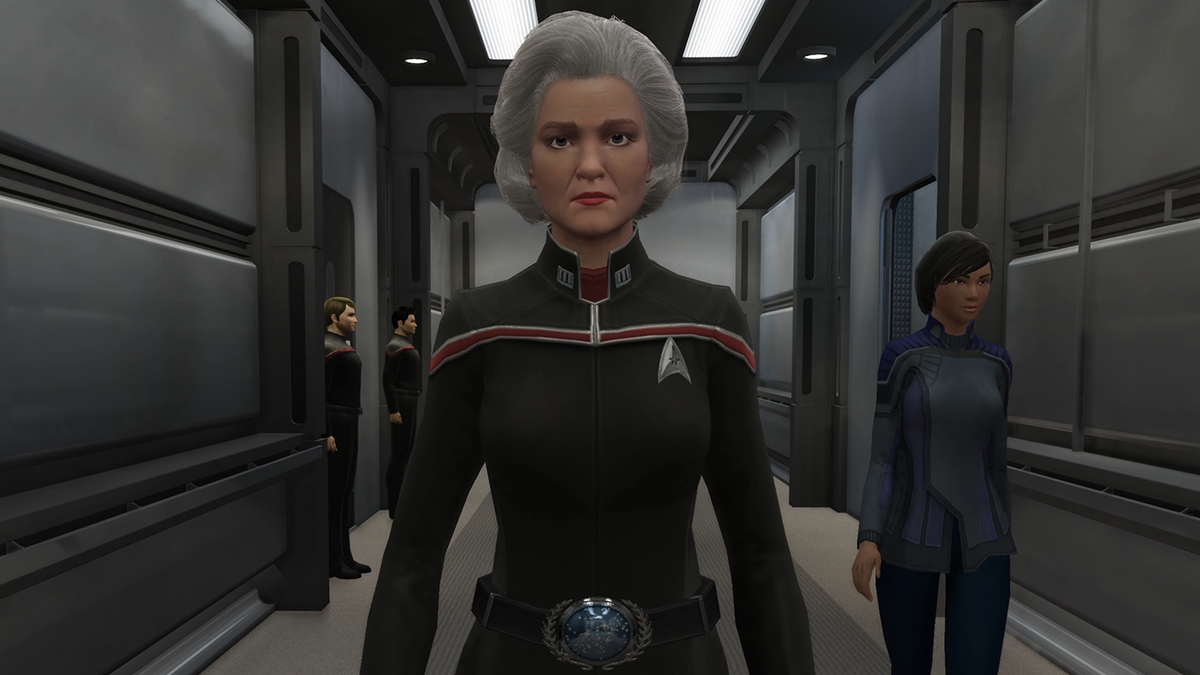 What’s better than Kate Mulgrew finally reprising her role as Kathryn Janeway for Star Trek Online? Being so good she gets to do it twice in one go.nnnSTO developers Cryptic Studios announced today that Mulgrew—making her first voice acting appearance in the game, having missed out on the Voyager-themed expansion Delta Rising a few years ago—will reprise her role as the beloved Starfleet Captain, now Admiral, in the upcoming season Shadow’s Advance.Although STO has played host to a litany of Star Trek stars over the years, Mulgrew joins Discovery’s Sonequa Martin-Green as one of the rare captains from a primary Star Trek show to have returned to their character for the long-running MMO.nnBut it turns out Mulgrew’s not just back as Janeway—appearing for the first time in-game will be the Janeway of the Mirror Universe.Although players have visited the Mirror Universe before in Star Trek Online, Shadow’s Advance will see them play the Mirror counterpart to their own character for the first time, as they work alongside Marshall Janeway, Captain Sylvia “Killy” Tilly from Discovery (with Mary Wiseman reprising her role), and Deep Space Nine’s Chase Masterson as Admiral Leeta, while in the prime universe, Admiral Janeway seeks to uncover just what the Terrans are up to.nnAlthough Voyager never got to explore the Mirror Universe across its seven seasons, this isn’t the first time Trek storytelling has returned to the idea of exploring the show’s darker alt-side.The one-off 2019 comic from IDW Mirrors and Smoke imagined Mirror Janeway and her crew as the piratical rulers of the Delta Quadrant, stranded far away from the Terran Empire in a similar manner to Voyager’s own separation from the Federation.But between this and Mulgrew’s return on-screen as the Holo-Janeway of Star Trek: Prodigy, it’s been fantastic to see the actress return to, and relish, one of her most beloved roles.nnStar Trek Online: Shadow’s Advance is set to release today for PC players, and in March on consoles.nnWondering here.nn.

Wed Jan 26 , 2022
If you’re hunting for an Xbox Series X, you might want to check your email inbox.As we noted last fall , Microsoft has occasionally been contacting Microsoft Store customers, offering a “limited supply of Xbox Series X bundles” that are available to “valued Microsoft customers” in the US. Xbox Series […] 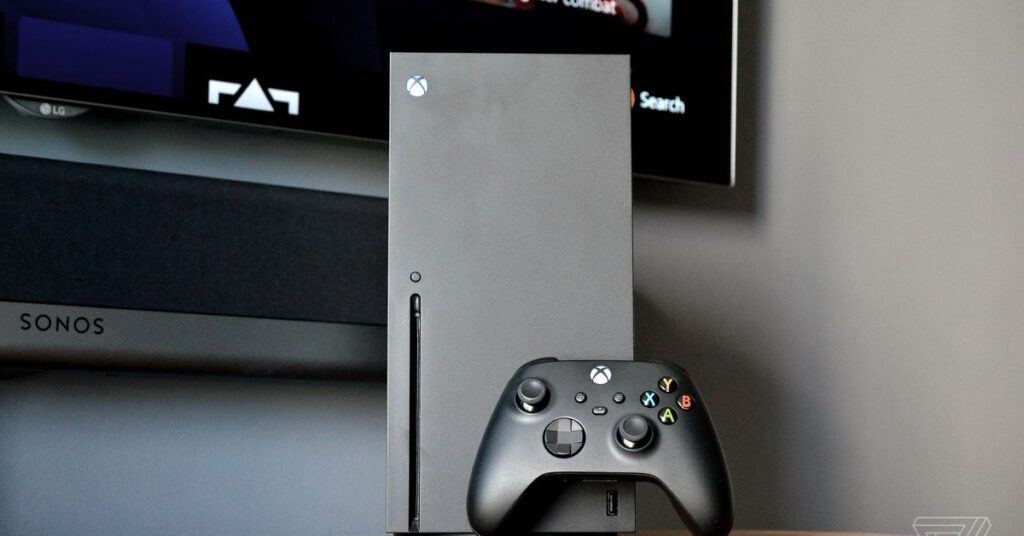