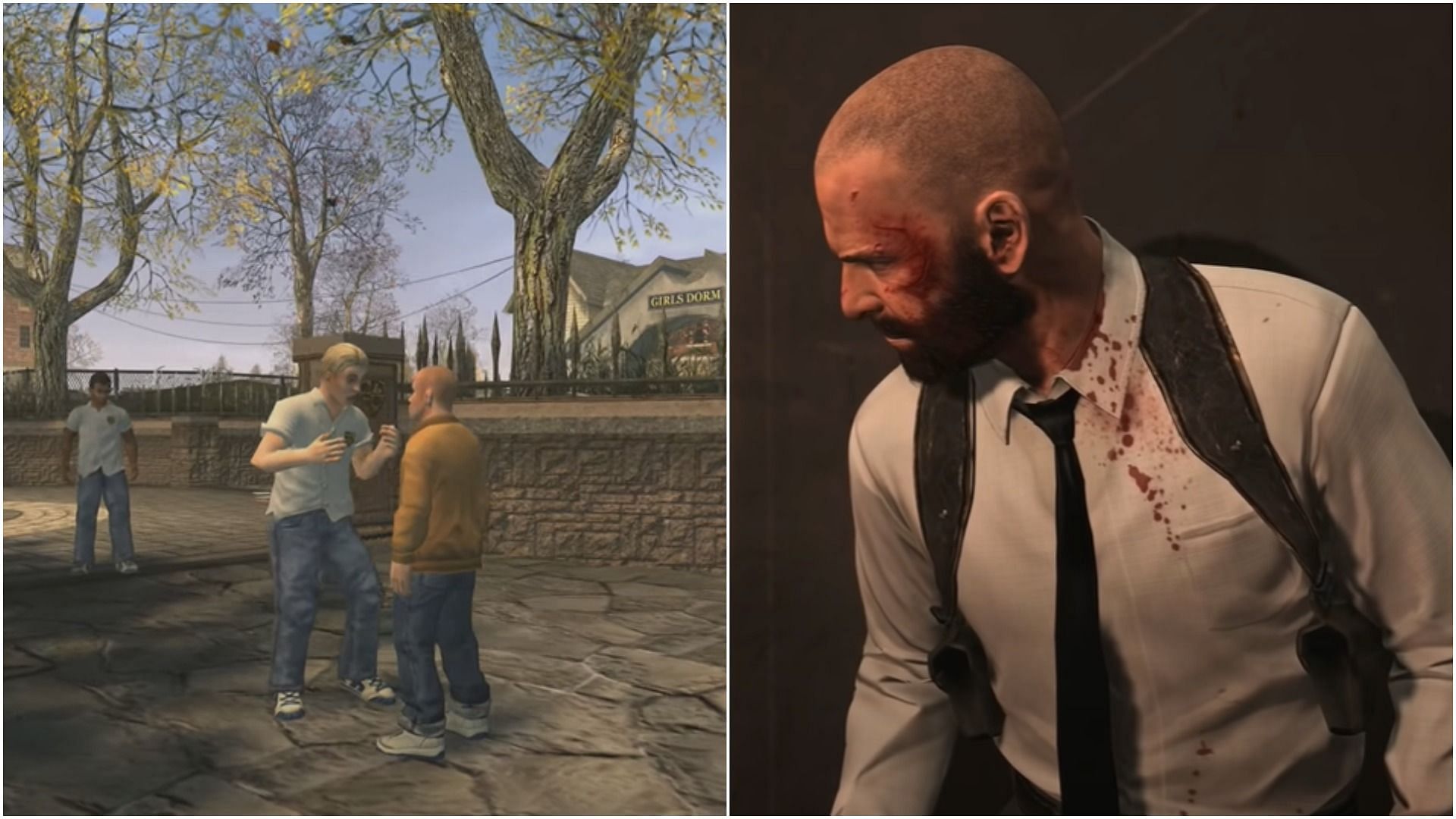 ‘) > -1) { addClass($(‘.section-container’), ‘pill-tag’); } Rockstar Games, being one of the most prominent game makers, has a large gaming library that it might remaster, with titles like Manhunt and others deserving of the distinction.

The Bully and Max Payne series, on the other hand, are in desperate need of remasters.These are the two games Rockstar should consider revisiting after Grand Theft Auto: The Trilogy – The Definitive Edition.

Fans have been wondering what other iconic games might be a suitable match for a remaster, now that Rockstar Games has gone back and updated their original roster.There are a lot of options because Rockstar has such a large and diverse collection of games that are deserving of improvements.

Rockstar should remaster its most popular game Bully, and the high-octane Max Payne series Bully Bully was first launched on PlayStation 2 in 2006, with Bully: Scholarship Edition launching for the Xbox 360, Wii, and PC in 2008.A mobile adaptation followed in 2016.

The core gameplay has remained consistent throughout all editions, with the Scholarship Edition adding new material.

Bully was intended to be a less violent, more approachable edition of the Grand Theft Auto series, but it sparked just as much, if not more, criticism as Rockstar’s classic series.

The updated edition included a slew of flaws and glitches that rendered the game useless at times.Scholarship Edition didn’t do anything to enhance the aesthetics or performance of the game, despite upgrading to a new engine.

That is why a remaster would be quite beneficial.Rockstar might include new gaming advancements into Bully, much like they did with the GTA remaster.

The controls for the bike missions and when riding the clumsy skateboard might be improved, and several of the annoying mini-games could be altered in a remaster.Bully’s graphics and music were never its strong suits, but with a fresh coat of paint and HD textures, the game might be brought up to date.

Bully’s remastering would give the game the emphasis it has always deserved, showcasing its wonderful story and themes while smoothing out its flaws.It may also open the way for a sequel in the future.

Bully deserves to be one of three undisclosed remasters being worked on by Rockstar’s parent company, Take-Two Interactive.

Max Payne Series The original Max Payne game, developed by Remedy Entertainment and distributed by Rockstar, follows the main protagonist, a former NYPD cop, as he hunts out the murderers of his family.Max Payne is a neo-noir-styled linear third-person shooter set in New York City.

The game is known for its fast-paced, extremely deadly gunplay, as well as the introduction of ‘bullet time,’ a feature that allows the player to slow time to pull off amazing shots and evade bullets.

Max Payne, the franchise’s initial twenty-year-old game, would undoubtedly require the greatest modification in order to be updated.Obviously, the visuals are a bit outdated, but they were remarkable for their time.

The controls in the game are really pretty modern, with a normal twin analogue configuration on consoles.Simply change the shooting controls from the R1/RB buttons to the triggers, and the rest should be OK for today’s audiences.

Max Payne 2 is extremely similar to the first game, yet it vastly improves on it in a few key areas.Max is given new weapons to employ, such as molotovs and grenades, which expand the game’s fighting possibilities.

The impact of bullet times are considerably more noticeable this time.

The visuals in Max Payne 2 are far superior to those in the original game, and the much-improved rendered cutscenes and faces now include a complete lip-sync.The inclusion of a real-time physics system enhances the game’s settings and gunplay.

Minor adjustments to the controls would be required to bring them up to date, and the sequel would benefit immensely from a lighting model and engine overhaul.

In 2012, Rockstar Games launched the long-awaited Max Payne 3 , which was created entirely in-house.

Max Payne 3 has a cover system, no loading screens, and a more advanced physics engine, thanks to a far bigger budget and Rockstar’s cutting-edge RAGE engine.

Max Payne 3 is still a fantastic game today.The physics of Max Payne 3 are still unrivaled, giving the game’s tense encounters a tremendous feeling of impact.A simple resolution and framerate boost would almost certainly be enough to bring the game into the present day.

Because of their strong, concentrated gunplay, lack of regenerative health, and high-stakes complexity, the Max Payne games may stand apart today.

Also Read Article Continues below What are the chances of Rockstar remastering the original GTA PS2 trilogy? Rumors swell of Red Dead Redemption remaster in the works ahead of GTA 6 Is the GTA Trilogy worth getting after the 1.04 patch? The Max Payne franchise might really sparkle on today’s powerful consoles and PC s if some of the rough edges like slow load times, outmoded visuals, and harsh checkpoints are shaved off.Fans have been waiting far too long for a new Max Payne game, whether it’s a remaster, remake, or sequel..

Mon Mar 28 , 2022
After three delays, a long-awaited PS4 game is seemingly finally about to release on PS4 and possibly other platforms as well.While the PS5 has been out for 16 months now, games continue to release on PS4.In fact, the vast majority of games that are releasing on PS5 are also releasing […]