Intel CEO Patrick Gelsinger plans on making the world’s largest semiconductor manufacturing site.Gelsinger spoke with Time about Intel’s plans to build up the chip supply chain in Ohio by 2025.Intel’s plans call for a $20 billion complex spanning 1,000 acres near Columbus.Get the latest tech news & scoops — delivered daily to your inbox.Loading Something is loading.

Email address By clicking ‘Sign up’, you agree to receive marketing emails from Insider as well as other partner offers and accept our Terms of Service and Privacy Policy .Intel CEO Patrick Gelsinger’s plans for addressing the global chip shortage call for building the world’s largest semiconductor manufacturing plant — on US soil.

In an interview with Time, Gelsinger said his aim in developing a $20 billion complex in New Albany, Ohio, near Columbus — which was announced Friday at a news conference with President Joe Biden — was to rebuild “a complete supply chain” for semiconductors in the US.

“When we look to 2030 and beyond, we could be at a dramatically different view of our national supply chains,” Gelsinger told Time.”And, as we’ve said, COVID has induced us to think about these things differently.”

The complex, which the company hopes will be operational in 2025, is expected to include two semiconductor fabrication plants for Intel to research, develop, and manufacture computer chips.

The effort is expected to employ about 3,000 people to produce the chips, which power everything from cars to gadgets like iPhones, gaming consoles, and computers.

Companies like Intel had been plagued by supply-chain shortages and constraints around chips even before the coronavirus pandemic, though factory shutdowns and increased demand exacerbated the problem.

According to Gelsinger, the best way to alleviate the crunch is to bring the supply chain stateside.The CEO told Time that Intel planned to implement its most cutting-edge technology at the 1,000-acre complex, which he added could expand beyond that size.

“Our expectation is that this becomes the largest silicon manufacturing location on the planet,” Gelsinger said.

Though Ohio may seem like an unexpected choice for Intel, whose main hubs are located primarily on the West Coast, Gelsinger told Time that Intel’s move to the Midwest was strategic.

“Ohio has a great reputation as a manufacturing site,” Gelsinger said.”For other industries, it’s been well leveraged in that regard — manufacturing is hard work.It is just very disciplined execution.”

The Associated Press described Intel’s announcement as the largest private-sector investment in Ohio history.Gelsinger has repeatedly met with various leaders in Washington, DC, to discuss the CHIPS for America Act , a law meant to help develop semiconductor manufacturing in the US.

The CHIPS Act authorizes federal investments to incentivize chipmakers in the US, but the law itself requires funding.While the Senate passed $52 billion in funding in June, the House has yet to do so.

“It allows us to go bigger and faster, but we’re not waiting on its passage to get underway,” Gelsinger told Time of the CHIPS Act.”We’re running a company.

We’re not running a political process.We’re getting going.”

Earlier this morning, Bandai Namco and From Software announc

Mon Jan 24 , 2022
Earlier this morning, Bandai Namco and From Software announced that all the servers for Dark Souls Remastered, 2, and 3 were temporarily shut down because of an “ issue with online services.” While the publisher didn’t share more details, it’s believed the “issue” is a recently publicized PC exploit that […] 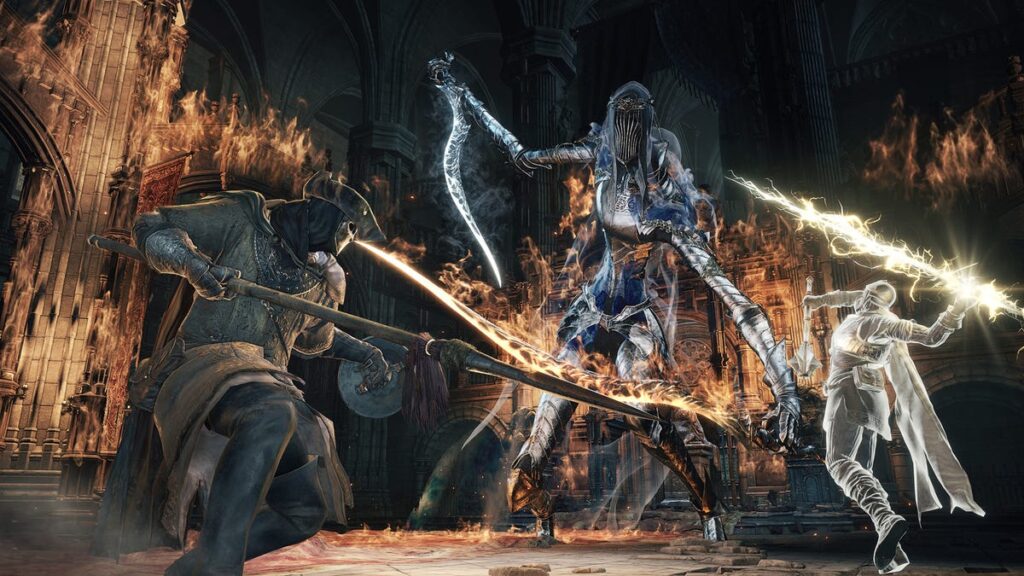