Victoria’s Omicron COVID-19 wave looks to have peaked, but what happens next?

Once again, Victoria’s COVID-19 rollercoaster appears to have inched over another peak and begun a welcome descent, with a downward trend in daily cases.

And it looks like that’s encouraged Victorians to start easing out of their self-imposed “shadow lockdown”, with mobility marching upwards in Melbourne.

While it’s good news, experts say the return to classroom learning and the nature of Omicron means we should stay prepared for some more peaks and troughs ahead.

The worst of this wave is likely over

Since the beginning of this week, Victorian health authorities, including Chief Health Officer Brett Sutton, have said it’s likely the state has already reached its Omicron peak.

“We’ve got over a thousand Victorians now receiving care in our hospitals with COVID, and again really putting pressure on our fabulous health staff across so many of our settings to provide that extra care,” he said.

“And of course, recognise that so many Victorians are waiting for their elective treatments that are currently on hold while we deal with what we hope will be the high point of this current wave of the pandemic.”

Epidemiologists have backed that view, but warn it’s likely there will be subsequent, smaller waves ahead to contend with.

“We’re following that pattern and it’s all looking like we’re on the downslope, now,” Dr Trauer said.

Nancy Baxter, head of the University of Melbourne’s School of Population and Global Health, said the full picture may remain a mystery.

“It’s really hard to know at this point with case numbers, because there are likely many cases that we’ve been missing over the past three weeks or so,” she said.

She said it was likely Victorians had made it through the largest Omicron wave the state would experience.

“I do think we’ve had the largest one, and one of the big reasons for that is that we’re getting people boosted,” Professor Baxter said.

“So you’ll have the many, many people that have already gotten Omicron, and then the people who have gotten boosted, it’s just going to increase the population immunity and drive down cases.

“I guess you don’t know what’s going to happen in winter, but it’s really unlikely that in the near future we’re going to see a spike that’s as high.”

After a ‘public-led’ lockdown, Melbourne is moving again

Dr Trauer said the individual choices Victorians had made to avoid catching the virus — dubbed a “shadow lockdown” — had helped bring the wave under control and flatten the curve.

“In spite of the fact that there hasn’t been that much of a government-led response to Omicron, I think people have responded individually to change their behaviours,” he said.

“They just don’t want to get infected, understandably, in the middle of a wave.”

He said the trend of a “public-led response” to the variant meant that people’s behaviour was likely to respond again to lower daily case and hospitalisation figures.

An analysis of data showing how much people have been getting out and about backs that idea.

After a [sharp decline in mobility as Omicron infections surged in early January](/news/2022-01-19/victoria-melbourne-covid-shadow-lockdown-cbd-mobility/100753496) , Melbourne has begun to bounce back in the space of little more than a week.

The University of Melbourne’s mobility index shows recent activity has been highest in the city’s centre, where the Australian Open has been drawing tens of thousands of spectators.

The index uses Facebook data and therefore skews towards the younger population.

Mobility analyst Rohan Byrne suspects the drop in reported cases has given some people more confidence to leave home.

“This next week will really be one to watch,” he said.

“With a public holiday, hot weather, decreasing cases and the Australian Open, mobility is going to be relatively high, but will it stay high?

“My guess is that people will remain conservative until booster rates and RAT availability improves, but for the sake of Melbourne businesses, I’m happy to be wrong.”

Schools returning very likely to cause ‘uptick in cases’

Professor Baxter said people voting with their feet and changing their social behaviour had been a “major part” of the decrease in transmission.

“There was some change over Christmas.The need to celebrate Christmas overrode some people’s concerns,” she said.

“But once Christmas was finished, I think people did start to restrict their mixing and mingling substantially.”

She said it was likely the effect of students returning to school over the coming days would become apparent in the daily COVID-19 figures.

Mr Weimar said despite measures being in place to try to reduce risk when schools return over the next few days, the government was expecting a rise in cases.

“Schools have worked really hard to introduce air filters, to rethink their lesson programs, to rethink how kids move around schools and to bring as much as the activity outside as they can, particularly over the remainder of the summer and autumn months,” he said.

“All those individual steps will make a difference but we should expect to see over the days and weeks ahead, continued high case numbers that we’re seeing at the moment.

“We don’t expect those to drop off very rapidly in the immediate future.

“I think there will be a bit of a bump in those numbers over the next couple of weeks as we wait and see how people go back to work and how the schools go back again.”

Waves of infection to continue in ‘endemic’ state

Given the expectation that case numbers will rise again as people begin to mix more, Professor Baxter said the government would be wise to hold off on easing any of the restrictions that remained in place.

“As our own behaviour starts to get back more to normal, it’s good to have the protections that are in place with mask-wearing and the density requirements until people mixing and mingling and the mobility has gotten back to normal and the cases are still under control,” she said.

Dr Trauer said he was fairly optimistic about how the variant’s trajectory would play out over the coming months.

“As we transition to an endemic state, we’ll still see waves of infection but I think over the longer term, the characteristics of Omicron suggest that as an endemic infection it won’t necessarily be that severe or that big a problem,” he said.

“I’m really hopeful that we will be getting out of the pandemic in the coming months, provided we don’t see any horrendous new variants emerge.”.

Thu Jan 27 , 2022
In October 2021, Marvel was holding prerelease screenings for Eternals , the then-hotly-anticipated superhero romp from newly minted Academy Award-winning director Chloe Zhao.As audience members filed out of the movie, one journalist fired off what they must have thought was a noteworthy but ultimately harmless tweet about a post-credits scene […] 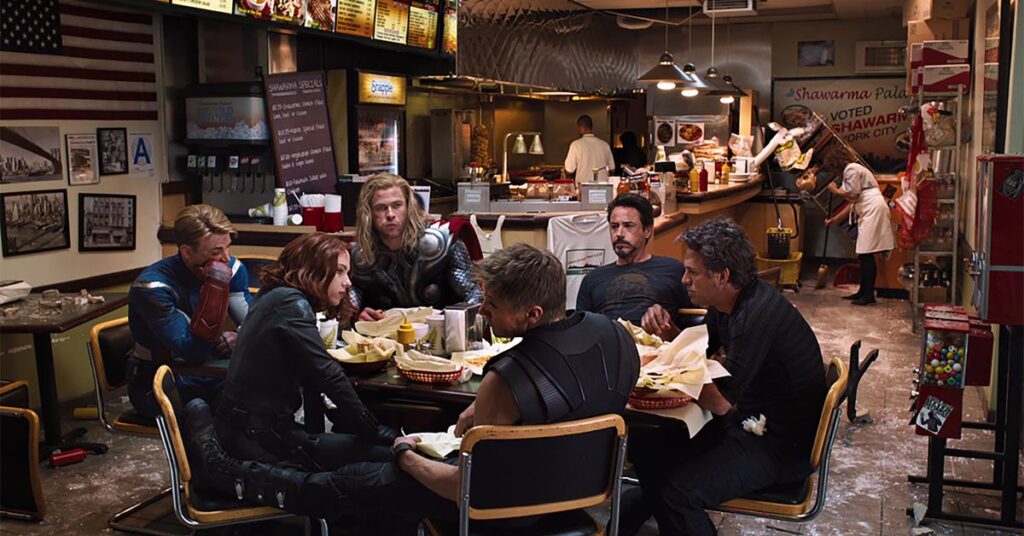