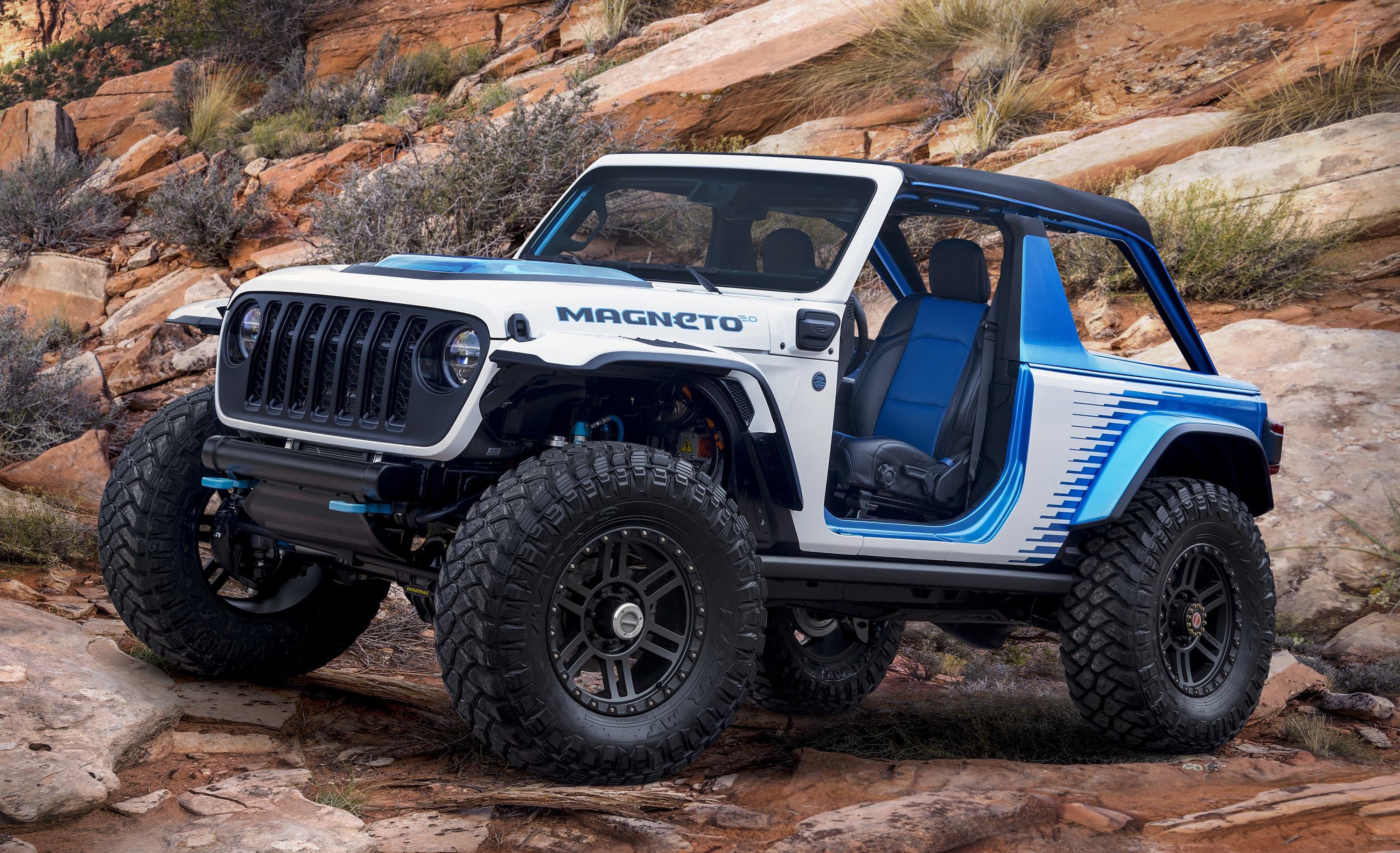 DETROIT — Jeep has redesigned an all-electric concept version of its flagship Wrangler, as the brand pivots from gas guzzlers to zero-emissions EVs.The Jeep Wrangler Magneto 2.0 concept vehicle comes a year after the Stellantis brand unveiled the first version of the all-electric SUV .Concept vehicles are custom products typically built by automakers to gauge customer interest or showcase the future direction of a vehicle or brand.The concept SUV is based on Jeep’s traditional Wrangler Rubicon SUV, but the Magneto 2.0 offers a significant increase in performance, including achieving 0-60 mph in two seconds, according to the automaker.That’s faster than the Wrangler Magneto 1.0, at 6.8 seconds, and in line with Tesla’s ultra-performance Plaid models.To achieve such performance, Jeep said the Magneto 2.0 is capable of up to 850 foot-pounds of torque to the wheels and 625 horsepower.It also includes a new electric powertrain calibration, which Jeep referred to as “electronic nitrous oxide,” to boost the 0-60 mph time.The system allows the vehicle to maintains the peak power for up to 10 seconds.

The most unique aspect to the Magneto is its six-speed manual transmissions, which electric vehicles don’t require.Jeep officials have said the e-transmission has the best characteristics of an automatic transmission with the direct-drive feel of a manual transmission — a key attraction for off-road enthusiasts.Jeep debuted the Wrangler Magneto 2.0 online Friday ahead of the Jeep Easter Safari, an annual off-road event for the brand in Moab, Utah.Jeep regularly uses the event as a testing ground for the capabilities of its vehicles as well as a measure to gauge customer interest in new products.Jeep did not release the electric range of the vehicle.Because the Magneto is a concept, it is not for sale to consumers.

However, Jeep is expected to produce an all-electric Wrangler at some point in the coming years.Jeep is a key part of growth and electrification plans for Stellantis, the company formed last year through the merger of Fiat Chrysler and French automaker Groupe PSA.

Stellantis is investing at least $35.5 billion in electric vehicles and supporting technologies through 2025.Jeep CEO Christian Meunier has said every new Jeep will offer some form of electrification in the next few years.Those plans are expected to include all-electric vehicles as well as hybrid and so-called PHEVs that combine electrification with internal combustion engines such as the Grand Cherokee and Wrangler 4xe models that are currently on sale.The Magneto 2.0 was released alongside other custom or concept Jeep vehicles for the Moab off-roading event.

Sat Apr 9 , 2022
In the mosquito breeding rooms of British biotech company Oxitec, scientists line up fresh eggs, each the size of a grain of salt.Using microscopic needles, the white-coated researchers inject each egg with a dab of a proprietary synthetic DNA. For four days, Oxitec technicians care for the eggs, watching for […] 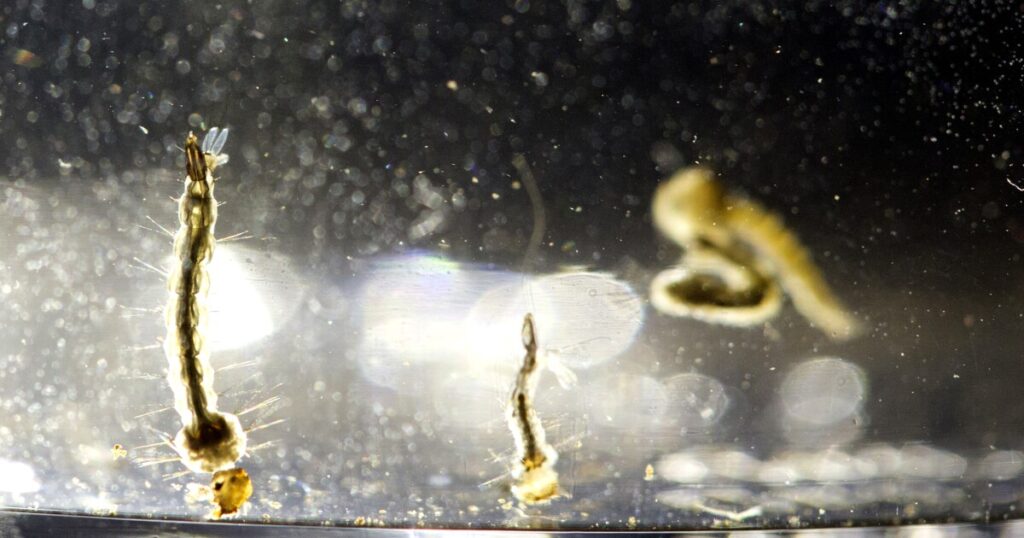