Electric cars are much more expensive than gas-fueled ones, but that’s changing.GM and Honda announced they’re partnering to develop cheap electric cars.The co-developed, “affordable” models will go on sale in North America in 2027.Get the latest tech news & scoops — delivered daily to your inbox.Electric cars still cost much more than their gasoline-fueled counterparts, but that may change as automakers around the globe pour resources into developing new vehicles and producing them at scale.

General Motors and Honda are working to develop a series of “affordable” electric vehicles, the companies announced on Tuesday.The carmakers expect to begin selling millions of the cheaper models — including compact SUVs — starting in 2027.

Though years away, the new, lower-priced models could make electric cars a realistic option for buyers who have been priced out of the current EV market.Today, battery-powered models largely fall into the luxury segment.

Bringing costs down will be key to electric cars going mainstream.According to an Axios poll published on Tuesday, seven in 10 young adults would buy an electric car if they could afford it.

Tesla, by far the largest producer of electric cars on the planet, promised to start selling a $25,000 vehicle by 2023.But the company said in January that it is not working on the project.

GM and Honda will use GM’s Ultium battery platform and will explore new battery technologies to bring manufacturing costs down.

“GM and Honda will share our best technology, design and manufacturing strategies to deliver affordable and desirable EVs on a global scale, including our key markets in North America, South America and China,” Mary Barra, GM’s CEO, said in a statement.

The partnership builds on an existing arrangement between GM and Honda to jointly develop Honda’s first major electric models: the Honda Prologue SUV and an Acura model.Those vehicles are set to arrive in 2024.

IRS Is Trying to Hire, Competes With Target and McDonalds for Workers

Wed Apr 6 , 2022
The IRS wants to hire 10,000 workers as businesses around the country try to staff up.The Wall Street Journal reports that the agency is competing with firms like Target and McDonald’s.The IRS has been dealing with chronic understaffing and underfunding, leading to a backlog of returns.Sign up for our weekday […] 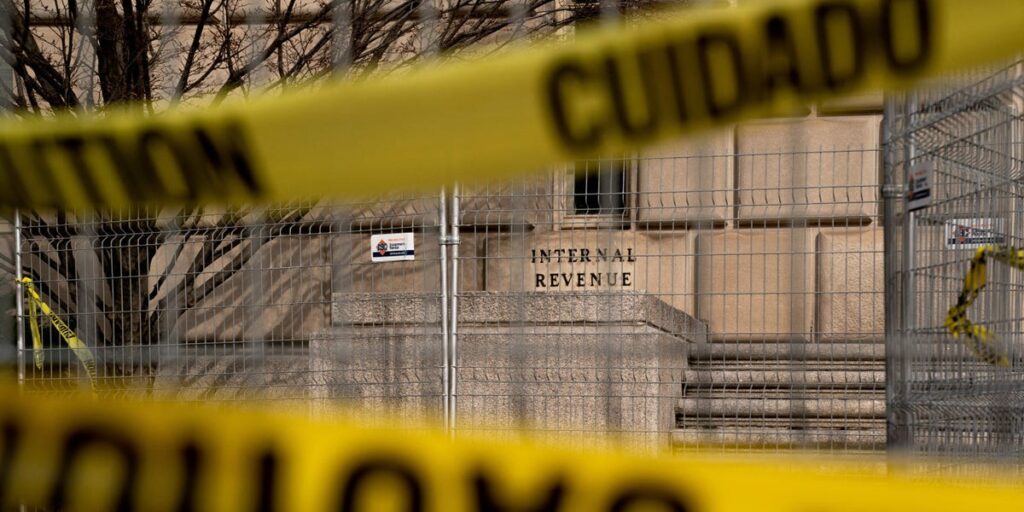